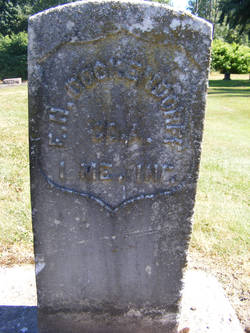 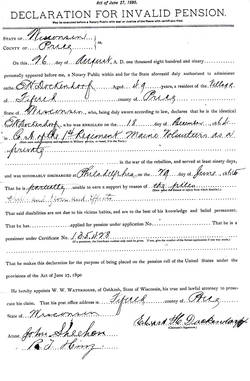 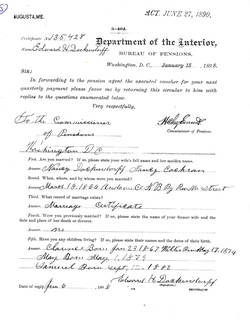 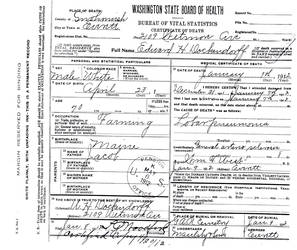 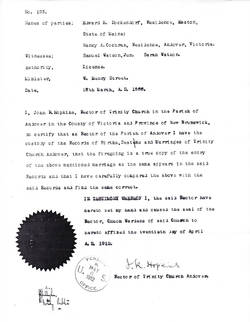 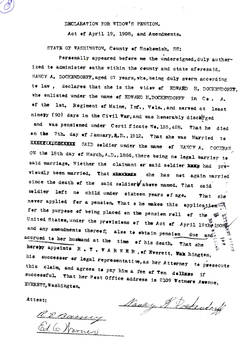 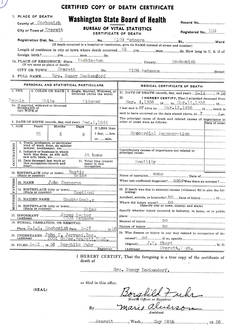 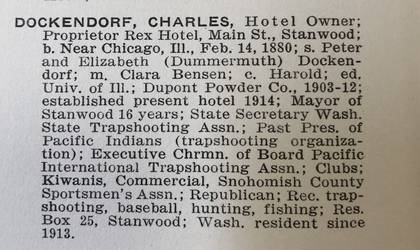 The 7th Maine, a three-year regiment, left the state two days after Federal muster and immediately joined the Army of The Potomac.  It was with that army during the spring ’62 Peninsula Campaign and that fall at South Mountain and Antietam, MD.  In the latter action the 7th lost 11 officers and 100 enlisted men out of 15 officers and 166 enlisted men present. With these and other losses the regiment had been so reduced in number that it was sent home to Portland, ME to recruit.

1863 found the remanded 7th active in storming enemy works on Cemetery and Marye’s Heights near Fredericksburg, VA and, a short time later, at Chancellorsville.  During the Pennsylvania Campaign it participated in the battles of Rappahannock Station, Locust Grove, Mine Run, and numerous skirmishes.

In 1864 the regiment was with Grant in the Wilderness, at Spottsylvania, Cold Harbor and during the attacks on the Weldon Railroad.  In mid year it returned to Washington D.C. to assist in the defeat of the enemy on his nearest approach to the capital. When the 7th’s term of service expired in August, 1864 the unit’s reenlisted men and new recruits were consolidated with battalions of the 5th and 6th Maine to form what shortly became the 1st Maine Veteran Infantry.

Over a month later, however, this was changed to the 1st Maine Veteran Infantry.  The unit soon engaged the enemy at the battles of Winchester, Charlestown, Fisher’s Hill and Cedar Creek, VA, plus all the other marches and actions of Union Gen. Phil Sheridan which chased the rebels from the Shenandoah Valley.  The regiment then marched to Washington, to City Point and on to Patrick Station before fading into the annals of history.

When original enlistments had expired, reenlisted men and recruits of the 7th were combined with members of the Fifth and Sixth Maine to form a regiment which was initially designated the 7th, but  on 9/20/64 was changed to the 1st Maine Veteran Infantry.

By the 19th of September the regiment was engaged with the enemy at Winchester, VA. Actions a Charlestown, Fisher’s hill and Cedar Creek followed shortly thereafter.

Rebel activity in Virginia’s Shenandoah Valley having been crushed, the 1st was moved to Petersburg. The 1st
remained there until the War’s end.

Ed. Note: The original birth to death profile of Edward Dockendorff was written during the early years of the Civil War Veterans Buried In Washington State project. As such, it was limited in both size and in terms of research sources. The biography which follows was created in September, 2018. While it draws upon much more research material than did the original, it still lacks the in depth detail featured in more recently written bios found within this website.

in late 1863 both Edward and his older brother Walter were drafted into the U.S. Army for a period of one year.  Both served with the 7th Maine Infantry until that unit became the 1st Maine Veteran Infantry.  Shortly thereafter both brothers reenlisted in and completed the War with the 1st.  The only documented notation on Edward’s service record is that in March and April, 1865 he was “absent, sick.”

By 1890 the Dockendorffs were residing in Fifield, Wisconsin.  It was there the now 49-year-old vet began the application process for a government pension based on his Army service claiming a continuing inability to partially earn a living because of “piles, chills and fever”. At some point a pension was granted as at the time of his death Edward was receiving a $15 monthly stipend.

1900. A new century a new decade and a new census. The 1900 population tally located the Dockendorffs   in Iron River Bayfield County, Wisconsin. As of that time Edward listed his occupation as “woodsman.”

As of 1910 they had moved again and were residing in the city of Everett, Snohomish County, Washington. When and why they had quitted Wisconsin and moved to the Puget Sound area of Washington State is not clear. Perhaps the why was to be near the families of their adult children. In that year’s census Nancy noted that she had given birth to six children of whom only four were still living.

Edward H. Dockendorff died at his home in Everett, Washington 1/17/12 at the age of 70 years 10 months. Cause of death was lobar pneumonia and general arteriole sclerosis.  Although the home address was apparently inside the city itself, the death certificate entry regarding occupation read: Farming. Burial was/is in the Grand Army of the Republic Cemetery located in the community of Snohomish some miles east of Everett in Snohomish County.

Nancy lived to be ninety one years of age. She followed her husband in death on 3/14/36.  She was/is buried beside Edward in Snohomish.