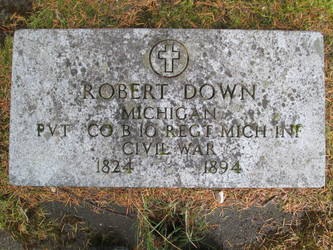 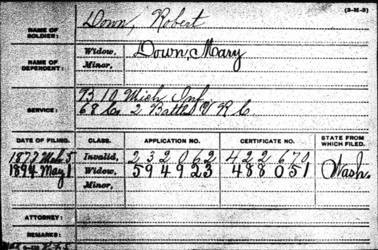 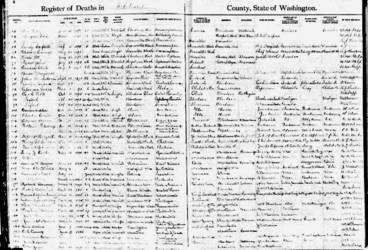 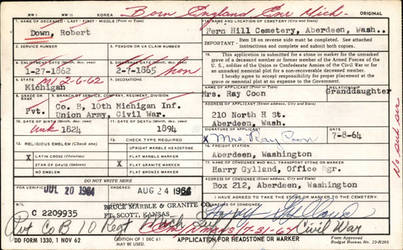 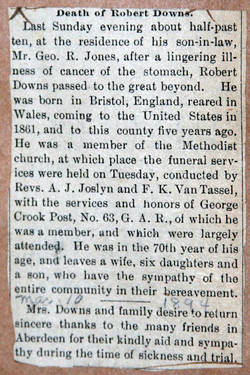 Mary Jane Down Obituary 1932 OR

The Invalid Corps of the Civil War period was created to make suitable use in a military or semi-military capacity of soldiers who had been rendered unfit for active field service on account of wounds or disease contracted in line of duty, but who were still fit for garrison or other light duty, and were, in the opinion of their commanding officers, meritorious and deserving.

Those serving in the Invalid Corps were divided into two classes: Class 1, partially disabled soldiers whose periods of service had not yet expired, and who were transferred directly to the Corps there to complete their terms of enlistment; Class 2, soldiers who had been discharged from the service on account of wounds, disease, or other disabilities, but who were yet able to perform light military duty and desired to do so. Such men were allowed, under General Order No. 105 above referred to, to enlist in the Invalid Corps. As the war went on it proved that the additions to the Corps hardly equaled the losses by discharge or otherwise, so it was finally ordered that men who had had two years of honorable service in the Army or Marine Corps might enlist in the Invalid Corps without regard to disability.

By General Order No. 111, dated March 18, 1864, the title Veteran Reserve Corps was substituted for that of Invalid Corps, and this title is used in almost every case in the present work, whether the reference is to transfers and enlistments prior to March 18, 1864, or to those made subsequent to that date.

The men serving in the Veteran Reserve Corps were organized into two battalions, the First Battalion including those whose disabilities were comparatively slight and who were still able to handle a musket and do some marching, also to perform guard or provost duty; the Second Battalion being made up of men whose disabilities were more serious, who had perhaps lost limbs or suffered some other grave injury. These latter were commonly employed as cooks, orderlies, nurses, or guards in public buildings. There were from first to last from two to three times as many men in the First Battalion as in the Second, and the soldiers in the First Battalion performed a wide variety of duties. They furnished guards for the Confederate prison camps at Johnson's Island, Ohio, Elmira, N. Y., Point Lookout, Md., and elsewhere. They furnished details to the provost marshals to arrest bounty jumpers and to enforce the draft. They escorted substitutes, recruits, and prisoners to and from the front. They guarded railroads, did patrol duty in Washington City, and even manned the defenses of the city during Early's raid in July, 1864.