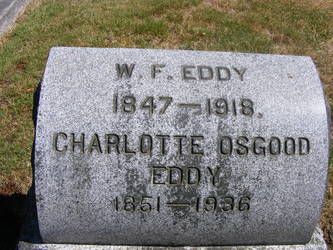 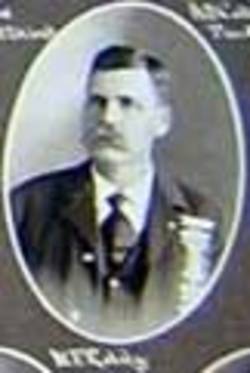 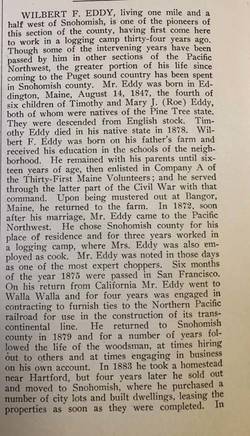 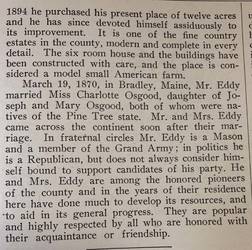 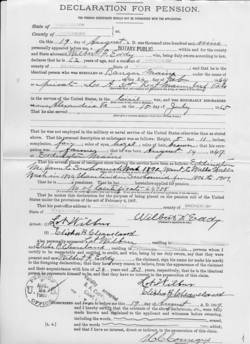 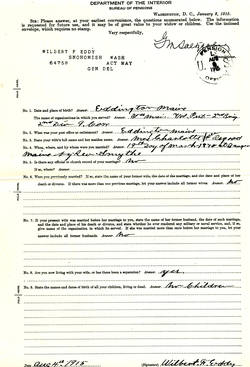 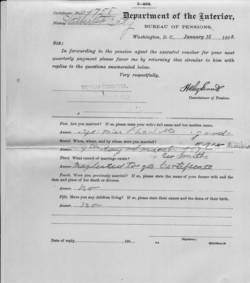 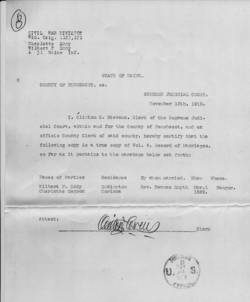 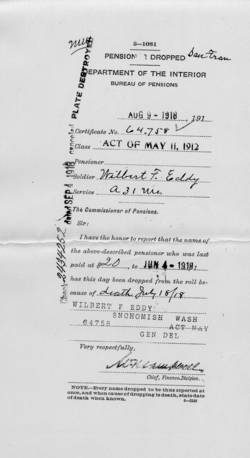 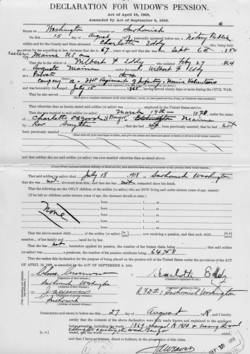 The 31st, a three-year, Army of The Potomac regiment, left the state for Washington in April, 1864.  Almost immediately it marched to Bristoe Station, VA to aid in concluding scenes of conflict.  Thereafter the unit took part in the Battle of the Wilderness where it lost heavily in killed and wounded.  From that time on it saw continuous hard service as Union Gen. U.S. Grant fought his way south to Appomattox, VA.

Battles of ’64 following the Wilderness included Spottslylvania Court House, Bethesda Church, Cold Harbor, Petersburg (the 31st was the first regiment to enter the enemy works once “the mine” was exploded), Weldon Railroad, Poplar Spring Church (the 31st was the last to fall back when the enemy turned the right of the brigade and compelled a retreat), and Hatcher’s Run.

Casualties for the regiment during this period were enormous as it was constantly engaged.  In late ‘64 two previously unassigned infantry companies were added to the regiment and the 32nd Maine was consolidated into it.  The 31st then spent the winter garrisoning forts Fisher and Davis.

February, 1865 found the 31st ordered to a point near Park Station on the Army Line & City Point Railroad.  The unit remained here until 4/2 when it suffered severely assaulting the enemy’s works.  Final assignments included pursuit of Confed. Gen. R.E. Lee’s fleeing troops and, on 4/8, conducting a detachment of prisoners to Ford Station.

NOTE: The original birth to death biographical profile on Wilbert F. Eddy was written during the early years of the Civil War Veterans Buried In Washington State project. As a result, it was limited in both size and research resources. The life sketch which follows was created in October 2018. While it features many more details than the original, it still suffers from the depth and detail found in newly created profiles entered on this site.

Wilbert F. Eddy was born 8/14/47 in Eddington Penobscot Co., ME .Eddington is located in south central Maine near Bangor.

Entering the U.S. Army during March of 1864 the 5‘11” sixteen-year-old farm boy found himself in an infantry regiment that was to see an inordinate amount of combat.  As a member of the 31st Maine infantry, Private Eddy was wounded 5/12/64 at Spotsylvania Court House, VA.  No details are given on the wounding.  It was definitely not life threatening as Wilbert successfully completed his period of enlistment.  Further, in later years his pension papers do not mention the wounding when requesting government disability funds.

Following separation from the military it appears Wilbert returned to his parent’s farm in Eddington. Whether or not he resumed farming is not known, but by 1870 he was employed in a saw mill.

On 3/1/69 (another source says 3/19/70) in Bangor, ME Wilbert married Charlotte Osgood (b. d. 9/6/51), a young woman from the nearby town of Corinna.  Although the couple would remain together until Wilbert’s death they never produced any children.

It appears that after their marriage Wilbert and Charlotte settled in Eddington on his parent’s farm. It is during this period Wilbert is noted as working in a sawmill.

Wilbert and Charlotte apparently remained in Eddington until 1872 when they moved to California.  They next moved to the Sextons Precinct area of Snohomish located in Snohomish Co., Washington Territory. He worked in a logging camp and was known as an excellent chopper.  In 1875 he worked between Walla Walla, WA and San Francisco CA providing Rail Road Ties to Northern Pacific RR. In 1879 he returned to WA as a woodsman often hiring out to Camps and sometimes working his own Camp.  In 1883 he took a homestead in Hartford but four years later sold and bought several city lots in Snohomish building dwelling and leasing them out. In 1894 he built a fine twelve acre farm where he passed his ending year

Wilbert F. Eddy died 7/18/18 at age 70 years and 11 months. Cause of death was listed as “organic heart disease” and “angine pecoris.”  At death Wilbert was receiving a $20 per month U.S. government disability stipend based on ailments or illnesses which traced back to his days of Civil War soldiering. Burial was/is in the Grand Army Of The Republic (G.A.R.) Cemetery located near and now within the City of Snohomish.

After Willard’s passing Charlotte remained in Snohomish. In 1920 she was residing in the home of one John H. Swett and his wife, Martha. At that time she noted that she was employed as a “nurse.” In 1930 she was still in Snohomish with the only notation connected with her name being “widowed.”

On 10/9/36 Charlotte, then an 85.3 year-old “housewife” suffered a fractured right arm in a fall at home.  The injury resulted in her contracting pneumonia. She died 12/7/36 and was/is buried beside Wilbert at the G.A.R. Cemetery.