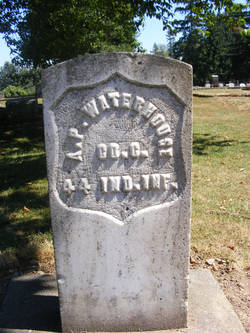 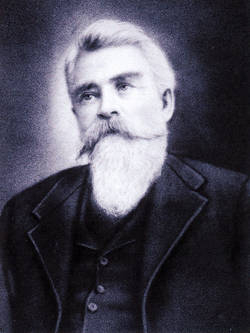 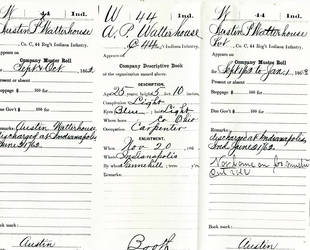 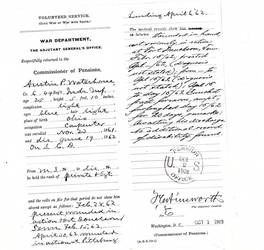 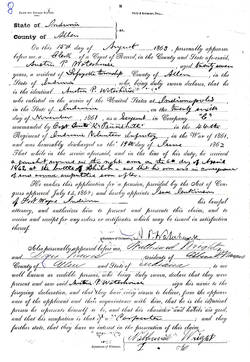 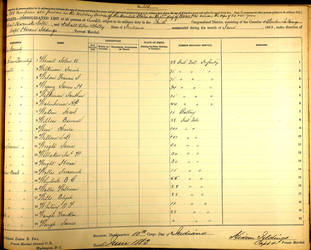 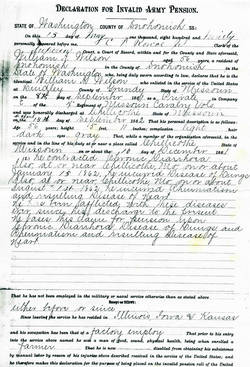 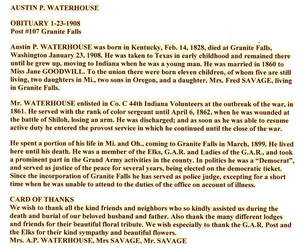 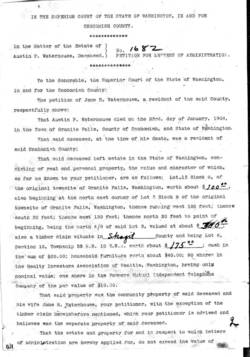 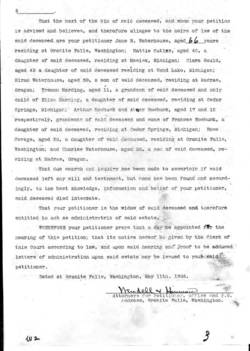 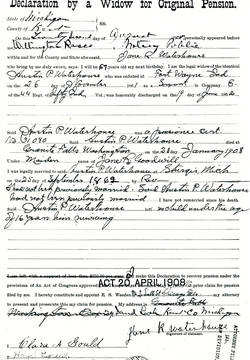 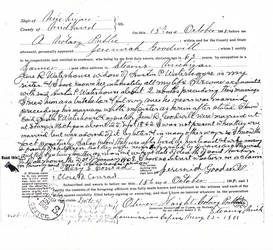 This three-year regiment left Indiana in December, 1861 for Henderson, KY.  It remained encamped until 2/62 when it was sent to Ft. Henry, thence to Ft. Donelson, participating in the siege and battle at the latter point. The 44th was engaged April 6 & 7, 1862 at Shiloh, near Pittsburgh Landing, TN losing 33 killed and 177 wounded.

The unit then moved to the siege of Corinth, MS and was with Buell’s army throughout Alabama and Tennessee being under fire at Perryville. It lost 8 killed, 52 wounded and 8 missing at Sonte’s River, TN. The following spring the regiment moved with Rosecrans to Chattanooga via McMinnville, Bridgeport, Shell Mound, and Whiteside. It participated at Chickamauga, GA. and fought again at Missionary Ridge, TN. in November ’63.

Provost duty at Chattanooga followed. Its ranks replenished by re-enlistments and transfers from other Indiana units, the 44th was mustered out 9/14/65.

[NOTE:  The original biographical profile on Austin P. Waterhouse was written during the early days of the Civil War Veterans Buried In Washington State project. The profile rewrite which follows was completed in February, 2018. It

contains much more family data than the original. However, even though much improved, the profile still does not feature the documental details featured in current writings.


Austin Peckins Waterhouse was born on February 14, 1828. While some sources note his state of birth being Ohio, of more common consensus is the state of Kentucky. No specific community or county of birth has been found in available documentation.  Interestingly, none of his siblings were Kentucky born.,

Although born in Kentucky, there is some indication that Austin was raised in Texas. This, however, seems somewhat unlikely when one considers that most of his brothers and sisters were born either in New Jersey or Ohio. Further, there is no census, or other data pointing to Austin’s father, Israel – or Austin himself - residing in Texas.

Somewhere along the way in his young life, Austin moved to Indiana where he settled in or near the community of Roanoke. There, on 11/23/61’61 the 5’10”, light complexioned, blue eyed, carpenter enlisted in the U.S. Army. His unit of choice was the 44th Indiana Infantry, Company “C”.

The following February at Fort Donelson, KY Sergeant Waterhouse received a slight gunshot wound to the hand. Then, on 4/6/62, during the first day’s fighting at Shiloh Church, near Pittsburgh Landing, TN., while acting as regimental color sergeant he received a more serious gunshot wound which smashed the ulna of his right arm.

Transferred to a hospital in Evansville, IN., following secondary hemorrhaging, Sgt. Waterhouse’s arm was amputated. His period of wartime and military service was over.

Returning to Roanoke, IN., Austin first applied for a disability pension. Then, on 9/25/62 in Kent County, MI he married 20 year old Jane Runna/Ruanna Goodwill (b. 3/29/42 OH).The marriage was the first  - and last – for both. The young couple set up house  in Solon Township, Kent County, MI

In March 1899 the Waterhouse family left Michigan and relocated to Granite Falls,   Snohomish County in WA State. What prompted the move west is not known. In Granite Falls Austin’s attentions turned to farming, but he would also serve as a justice of the peace and police judge.

The census of 1910 found widow Jennie Waterhouse residing alone in Granite Falls. That population tally noted that of the eleven children she had birthed, five were still living

1920. Another decade. Another census. That accounting found Jennie living in Everett, Snohomish County, WA with daughter Rosa and her husband.

Jennie remained in Everett until her death. She died on 5/30/26. She was/is buried beside Austin in Snohomish.