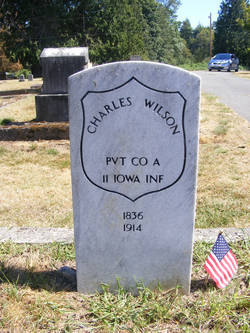 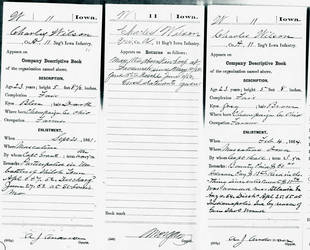 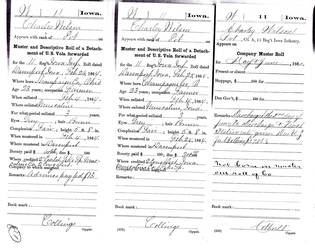 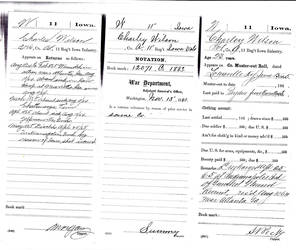 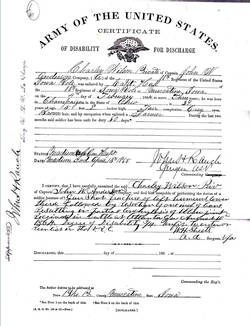 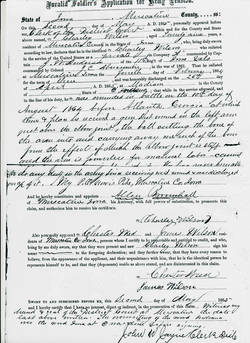 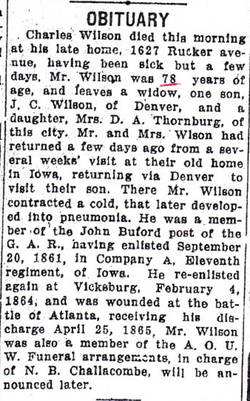 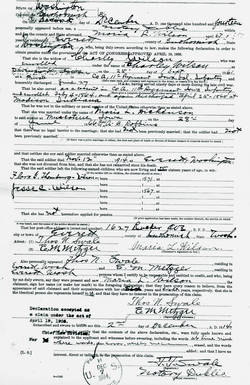 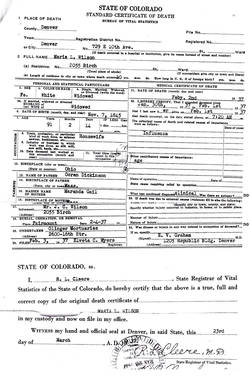 The 11th, a three-year “western Theater” unit left Iowa for St. Louis, MO on 11/16/61.  It was the first regiment to leave the state fully uniformed.  Its initial assignment was an expedition to Booneville, KY to capture gunpowder.  Two similar movements closed the year.

March, 1862 found the regiment brigaded at Pittsburg Landing, TN.  Taking part in the battle of Shiloh April 6 & 7 it lost over 200 killed and wounded, with more than 30 of that number being killed ;outright.  In October the 11th participated in the battle of Corinth, MS before moving into the central part of that state with Union Gen. U.S. Grant.

February, 1863 found the regiment attempting to dig a canal. After the surrender of Vicksburg, MS.  The Unit then accompanied an expedition to Monroe which wore out half the command with “little return for the hardships sustained.”  By February, 1864 nearly all the regiment had reenlisted.  It then participated in the Meridian, MS raid before joining Union Gen. Sherman in Georgia.

The 11th fought at Kennesaw Mtn. and skirmished all the way to Atlanta losing, along the way, over one half of its strength in killed and wounded.  It next marched to Savannah, sailed to Beaufort, S.C. and, in January, 1865 moved northward through the Carolinas fighting in several minor affairs and the Battle of Bentonville.  The Grand Review at Washington preceded final muster.

NOTE: The original biographical profile written for Charles “Charley” Wilson was done in the early days of the Civil War Veterans Buried In Washington State project. It suffered from a lack of source information available from the internet used today. The profile below was created in February, 2018. While it is much more extensive in the area of family background, it still suffers from a lack of information which can be found in complete, archival records.

Charles “Charley” Wilson was born in Campaign Co., OH.  The year was 1836.  No birth date  has been found in available documents, but it appears his birth month may have been December.

As for  siblings of Charley, only one has been documented. That sibling was an older sister , Mary, who was born in 1834.

.  In the fall of 1861 5’8” farmer Charley,, now residing in Iowa, answered his country’s call to duty and joined the U.S. infantry.  His regiment was the 11th Iowa Infantry. His unit was Company “A”.

During actions April 6 & 7, 1862 at Pittsburg Landing/Shiloh, TN Private Wilson suffered a hernia. The injury not only lead to his hospitalization, but ten weeks later provided him with a medical discharge from the military.

Leaving the army Charley returned to Iowa.  His injuries sufficiently mended, in early 1864, he reenlisted for another three years and returned to his old regiment/company.  A partial motivation for returning to the army was probably payment of a $300 enlistment bounty of which he received $60 “up front” with the balance to be paid in later increments. At enlistment he also received a one month, $13, pay advance.. $13 was  the monthly pay of a Union Army  private during the American Civil War.

During his 1864 tenure with the 11th Private Wilson found himself with Union Gen. W.T. Sherman’s troops battling toward Atlanta, GA.  Near there, on 8/10/64, a gunshot wound to the left arm  resulted in the loss of one inch of bone thereby causing impaired usage of his life elbow.  After months of hospitalization the wound was deemed having made Charley unfit for service in the active military or the Volunteer Reserve Corps (a branch of the U.S. Army providing light duty, non-combat roles for previously sick or wounded soldiers) and he was again provided a medical discharge. In later years he would apply for and be granted a U.S. Government disability pension stipend based on the loss of his arm. At the time of his passing he was receiving $30 per month.

The War of the Rebellion ended, Charley returned again to Iowa.  There on 6/28/66 in Muscatine he married Maria Louisa Dickenson (b.1846 OH). Census information provided by Maria in later years  is conflicting in terms of the number of children she would bear. On one occasion she noted that she had given birth to  four, two of whom were living. On another she indicated she had birthed two children, both of whom were living. The two identified  Wilson  children, who would survive into adulthood were Jesse C. (b. 1867) and Florence “Flora” G.(b. 1871). Both were born in Iowa.

The U,S. Census tallies for both 1870 and 1880 found Charley and family farming in or near the community of Lake Muscatine, Muscatine Co, Iowa. Twenty years later, in 1900, they were still in Iowa but then residing in Cherokee, Marcus County, Iowa. In Cherokee Charley’s new occupational title was “stock man.”

When and why Charley and Maria moved to Everett, Snohomish County, WA are not documented. Perhaps the latter was to be near the family of daughter Flora. We do, however, know they were in the Puget Sound region of western Washington as of 1910   when the census for that decade was tallied.

Charley died in Everett, on November 12, 1914.  His obituary read, in part: “Charles Wilson died this morning at home having been sick but a few days…. Mr. And Mrs. Wilson had returned a few days ago from a several weeks’ visit at their old home in Iowa, returning via Denver to visit their son.  There Mr. Wilson contracted a cold, that later developed into pneumonia.”

Charley Wilson was buried on 11/13/14.  His final resting place was/is the Grand Army Of The Republic Cemetery in Snohomish, Snohomish County, WA

As a veteran’s widow Maria petitioned to continue receiving a portion of her late husband’s government income and was apparently successful in doing so.  At some point she removed from Everett to live with or near son Jesse in Denver, CO.  It was there on 2/2/37 she died at the age of 91 years and two months.  She was/is buried - far from Charley -  in Denver, Denver County, Colorado’s Fairmont Cemetery.