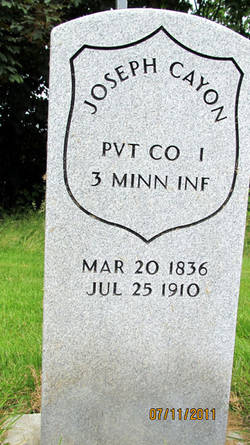 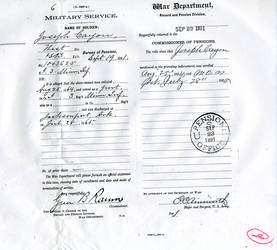 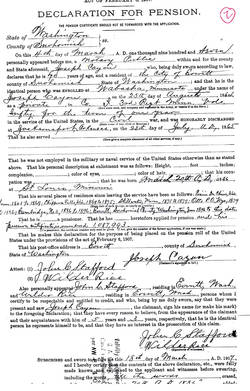 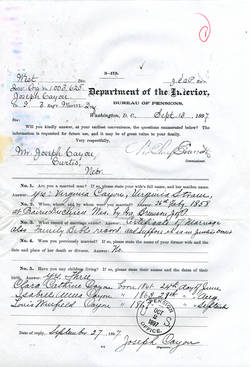 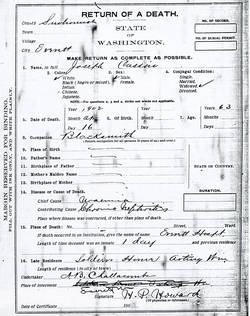 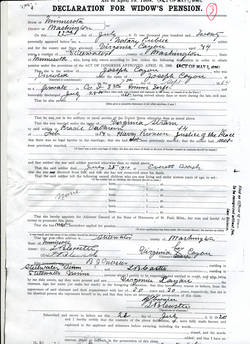 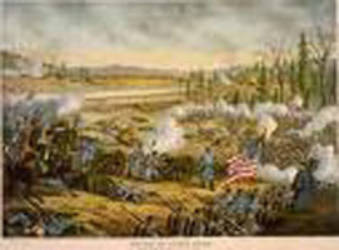 The 3rd, a three-year western theatre regiment left Minnesota 11/17/61 and went into camp at Louisville, KY where it was assigned to guard bridges. The unit remained at Louisville until 3/62 when it moved to Murfreesboro, TN. There, in July over the objection of most of the men, the regiment was surrendered to Confederate General Nathan B. Forrest's cavalry. (All officers who supported the surrender were later dismissed from the service.)  Following capture, the men of the 3rd were sent to Madison, GA and thence to prison in Richmond, VA.

Following parole, the 3rd moved to Nashville, TN where the men were urged to break the parole agreement. Refusing to do so, the regiment was sent to Benton Barrack, MO.

After a formal exchange, the regiment returned to MN to aid in quelling a bloody Sioux Indian uprising. While stationed at Ft. Ridgley, MN, a "small" party of men sent to obtain a load of potatoes were set upon by hostiles.  While falling back 250 men held off 700 Indians. Upon the arrival of reinforcements a bayonet charge was utilized to rout the attackers in what came to be known as the battle of Wood Lake Camp.

After a late 1862 reorganization which helped revive regimental morale following the Murfreesboro debacle, 1863 found the 3rd moving through IL and KY to the vicinity of Vicksburg, MS. Following the 7/4 capitulation of that city to the forces of Union Gen. U.S. Grant the regiment moved into Arkansas where, after several actions, it went into winter quarters.

In April, 1864 a detachment of the 3rd participated in a sharp conflict with the enemy at Fitzhugh's Woods in Woodruff County, Arkansas where a rebel cavalry attack was repulsed with then bayonet. The regiment next moved to Pine Bluff where, during summer months, it suffered greatly from malaria.

During the winter of 1864/'65 the 3rd quartered at Devall's Bluff, AR. where it performed picket and scout duty. The regiment remained there until final muster.

In 1858 Joseph married Virginia Stram (b. 6/ 1838, WI) in Prairie du Chien, Wisconsin. Two years later the U.S. Census noted him in the same city with his occupation that of a saloon keeper.

In August (or Sept,) 1864 Joseph enlisted in the U.S. Army. As a new recruit he likely received at least a $100 enlistment bonus or “bounty.” Other than a bout of diarrhoea and another of rheumatism both of which removed him from duty for several or more days, the only information of significance pertaining to private Cayon’s military tenure was the 1865 notation that as of 4/25 he was being held in prison at Devall’s Bluff, Arkansas. No documented reason for the incarceration has been found although it was likely military-service related.  This conclusion is based on the fact that once the war over, he was released and honourably discharged from the army.

The U.S. Army behind him, Joseph returned to Prairie du Chien, WI. The family remained there until 1869 when they removed to Chippewa Falls, WI. The following year they were in Durand, Pepin Co., WI. In 1875 they moved again, this time to Stillwater, MN. There the 1880 census noted Joseph’s occupation as carpenter.

The Cayon family continued their travels with an 1886 move to Cambridge, NB. By 1890, when Joseph applied for a U.S. Government pension based on spinal suffering due to acute rheumatism which he traced to his Civil War soldiering, the family was in Fremont Co., WY. In 1890 they were in Everett, Washington.

By 1900 Cayon family had gone through an interesting and likely traumatic, transformation. The census that year for Stillwater, MN showed Virginia Cayon, a widow, residing with son Louis and family. That same year, the census for Garfield, Frontier Co., NB showed farm labourer Joseph Cayon residing with the Christa and Emma Campton family. He claimed to be a widower!!

The 1910 census once again placed Joseph in Everett, WA. Additional data that year included his being a widower, a carpenter and a lodger in an unidentified residence.

On 7/25/10 seventy five year old former Civil War soldier Joseph Cayon died in the Everett General Hospital.  Cause of death was noted as blood poisoning  At death his only income was apparently his $15 government pension stemming from his Civil War soldiering.

Mr. Cayon was apparently completely estranged from his family as no familial connection was noted on his death certificate. Official notification of his passing was made by a member of Everett’s John Buford G.A.R. Post #89 and burial was in a plot provided by the Post. His gravesite then remained unmarked and forgotten for almost one hundred years.

As of 7/22/20 Virginia, then 84 years of age, was still residing in Stillwater, MN with Louis and his family. Although no definitive evidence is presently available, it is likely that she died and was buried there.