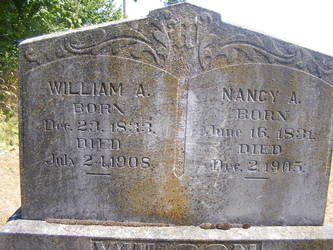 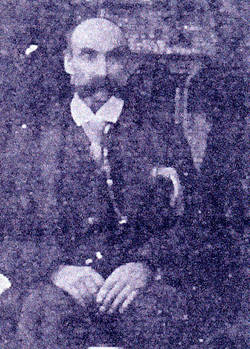 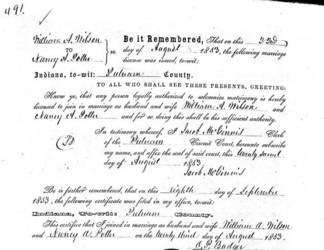 William A Wilson marriage to Nancy Potter 1853 IN 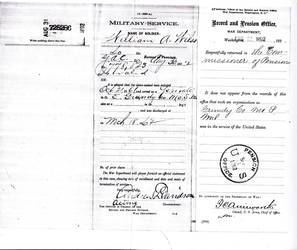 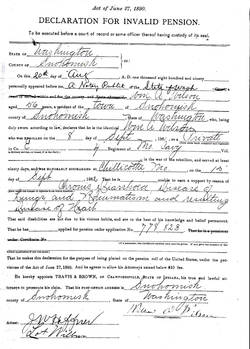 William A Wilson declaration for pension 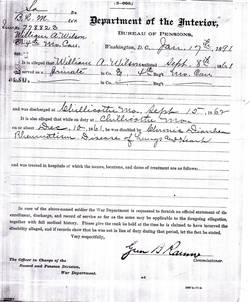 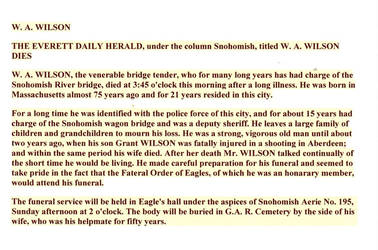 There is no such thing as a “civil war.”  This was especially true in north/south border-states like Missouri where allegiances were murky, county fought county and neighbor fought neighbor.  Such was the situation in Grundy County in the northwestern corner of the state.  An early attempt to organize a grass roots pro-Union military arm in the county came in 10/61 when a battalion of six month militia was mustered into state service.

Thus was born the Grundy County Missouri State Militia or M.S.M. (Confederate sympathizing military organizations in the state were known as Missouri State Guard or  M.S.G. units.)  The Grundy group totaled 269 men separated into five companies.  The group drilled in camp until November 1861 when, as one source put it, they “found service breaking up sundry secession encampments, and acting as scouts and skirmishers for the various (Federal) regiments camped in the neighborhood.

They were then sent to Chillicothe (county seat of Livingston County to the south, and a major Union headquarters for that region throughout the war) where they remained until they were mustered out.”  Another source characterized the Grundy unit in this manner:  (They) “were known in the northern region as notorious chicken and corn thieves of farms of both southern and northern sympathy.”

In all, while the Grundy Militia may well have been an ununiformed and undisciplined gang of amateurs and perhaps an embarrassment to the northern cause, in their own way they contributed to that cause by limiting southern influences in the Grundy County area.

[Note:  The original biographical profile on William A. Wilson was created early in the Civil War Vets Buried in Washington State project. As such, it suffered from a lack of archival material available today. Although the profile was updated and rewritten in March, 2018 it still lacks the detail of more recent biographies.]

William Alonzo. Wilson was born 12/23/33 in Lowell, Middlesex County, Massachusetts. His parents were William (b. 9/7/05 CT) and the widowed Rachel Kidder (nee Littlehale b. 11/1/96 Tyngsborough Middlesex Co., MA) Wilson. Rachel died on 11/2/35 in in the town and county where she was born and where she married to Mr. Wilson.  In 1844 in Illinois, William, Sr. remarried to Mary J. McUmber. No additional information is available pertaining to William A.’s birth family.

As evidenced by the birth states of their children, the Wilson’s did not spend their entire lives  in Indiana. While they started life together and began their family there, by 1856 they had quitted that state for Missouri. As William was a farmer, likely Missouri offered new farming lands for those adventurous and robust enough to tackle it.

It was in Missouri that at least five of the Wilson’s children were born. It was also where William was drawn into the conflicts of our American Civil War.

During the U.S. Census of 1860 the Wilsons were in Scottsville, Sullivan County, MO. Whether the family remained there throughout the conflict years we don’t know. one reason being Williams’s military service which  was in Grundy County. Did the family move there, or did he just serve there. Let’s take a look at William’s Civil War service record.

Farmer Wilson’s military involvement during the War of The Rebellion is, in many ways, as uncertain as Missouri loyalties in general.  While on pension applications he claimed membership in Captain Winter‘s Co “E” of the 4th Missouri Cavalry, no documentation places him in either the 4th Missouri state cavalry, or the 4th Missouri Federal cavalry.

On the other hand, his claim to having served in Captain Winter’s Co. “E” of the Grundy County State Militia is documented.  Unfortunately for Mr. Wilson and other citizen soldier, like him, most state militia units, like the one from Grundy County, were not covered under the Federal pension umbrella, so in later life his request for a government stipend to help deal with medical problems which he traced back to his days of Civil War soldiering, was denied.

As of 1870 the Wilsons were no longer in Missouri, but residing in or near Monroe, Fremont County, Iowa. There William listed his occupation as farm laborer. At least two of the Wilson children – the final two – would be born in Missouri. .

Beyond Missouri,  Additional places of residence for the Wilsons were, Kansas, and Washington Territory/State
At the time of  the census of 1880  they were in Gore, Sumner County, Kansas, while available information places the 5’11” veteran and family  in Snohomish County Washington Territory around 1887.

Nancy Wilson died in Snohomish, Snohomish County, WA on 2/12/05. Her Friday, 12/8/05 obituary in the Everett, Snohomish Co., WA Herald newspaper   in part - described what had happened. “Mrs. W.A. Wilson died at her home on Avenue D Saturday morning at 9 o’clock. She was entertaining several members of her family at Thanksgiving dinner when she was struck with paralysis, and remained unconscious until her death.” Following a funeral at the Congregational Church she was buried in the Snohomish Grand Army Of The Republic cemetery.

William died in Snohomish, Snohomish County, WA on 7/24/08.  In 1890 he had listed his occupation as factory worker, while his 1908 obituary noted, “W.A. Wilson, the venerable bridge tender, who for many long years has had charge of the Snohomish River bridge For a long time he was identified with the police force of this city, and for about 15 years had charge of the Snohomish (River) wagon bridge and was a deputy sheriff.”

The obituary continued, “He was a strong and vigorous old man until about two years ago when his son Grant Wilson was fatally injured in a shooting in Aberdeen, (WA) and within the same period his wife (his helpmate of 50 years) died.  After her death, Mr. Wilson talked continually of the short time he would be living. He made careful preparation for his funeral and seemed to take pride in the fact that the Fraternal Order Of Eagles, of which he was an honorary member, would attend his funeral.”

Cause of the old soldier’s death was listed as “heart disease.”  Perhaps it was “broken heart” disease.  William was/is buried beside Nancy.