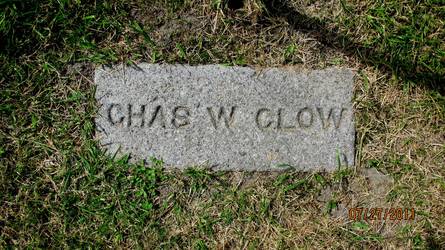 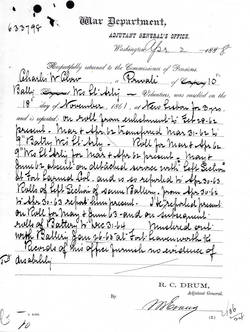 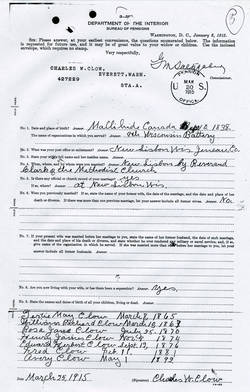 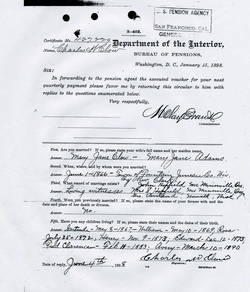 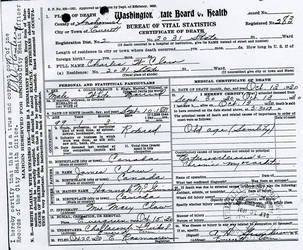 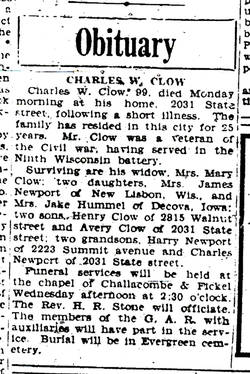 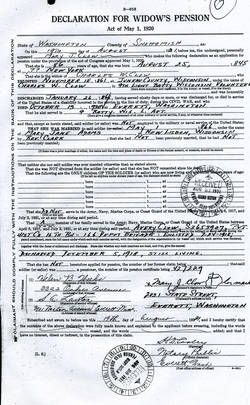 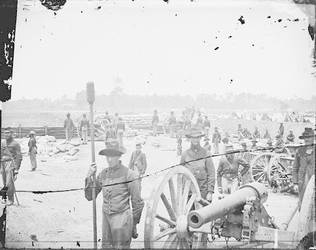 This three year "western theater" unit left Wisconsin on 3/18/62 bound for St. Louis, MO. There, on 4/1/62 one Lieutenant and twenty five men were transferred to the 8th Battery while another Lieutenant plus forty five enlisted men were sent to the 9th.  Joined by new recruits at the end of the month, the battery was assigned to the artillery reserve at Pittsburg Landing, TN.

Mid 1862 found the 10th engaged in the siege of Corinth, MS before most of the unit moved through Iuka to Nashville, TN. After escorting a train to Murfreesboro, the battery participated in the battle of Stone's River. Garrison duty in Nashville carried the 10th into the spring of 1863.Bridge guard duty and garrison chores then preceded an August move to Athens, AL and more guard duty.

During the first months of 1864 the 10th’s guard assignments continued, but a return to Tennessee to join the forces of Union Gen. Wm. T. Sherman resulted in the battery being heavily engaged at Resaca, Calhoun Ferry and many other Georgia locations as Sherman moved to capture Atlanta. With that city's fall, the 10th joined the famed "March to The Sea" which concluded with the capture of Savannah on 12/21/1865.

In the spring of 1865, the 10th moved northward with Sherman through the Carolinas. Heavy engagements during this campaign included Barwell, Aiken, Gunter's Bridge, Hornsboro, Monroe's Crossing and Averasborough.

The War over, non-veteran volunteers entitled to discharge were mustered out at Madison, WI on 4/26/65. The balance of the battery was the temporarily attached to the 12th Wisconsin battery of light artillery until final muster.

The 9th, a three year battery truly proved to be a "western theater" or even a "frontier" unit. Further, for only one brief period during its tenure were its guns pitted against southern forces.

On 3/18/62 the battery departed Wisconsin for St. Louis, MO where it remained until 4/3 when it moved to Ft. Leavenworth, KS. While in St. Louis the unit's roster was augmented by addition of one lieutenant and forty-five enlisted men transferred from the 10th Wisconsin light artillery.

From Ft. Leavenworth the 9th marched 700 miles westward across the plains to Denver, Colorado, Terr. For the remainder of '62 and throughout 1863 sections of the regiment were disbursed to forts in Colorado and New Mexico to defend against American Indians

Finally, in October, 1864, four guns of the unit joined the command of Union Gen. Curtis and participated in the campaign against the forces of Confederate Gn. Price in Missouri and Arkansas. During this period, at the battle of Westport, MO the battery, on three successive occasions, broke a charging column 6000 strong. This section then moved east to Ft. Leavenworth, KS where the battery was reunited preparatory for re-organization.

The veteran 9th was organized on 1/27/65. It remained disbursed throughout Kansas until final muster.

Although his death certificate indicates Charles W. Clow was born 9/10/31 in Malahide, Elgin Co. Ontario, Canada, the veteran's personal pension records reflect the year being 1838. As such, herein 1838 is the birth year adopted.

While Charles appears to have been the first of seven Clow children sired by James, the 1860 U.S. Census notes a woman named Elizabeth (b. 1814 Scotland) as his wife. Obviously James and Hanna either divorced or she died. Whatever the reason for her departure from the family unit, it is impossible to determine which other Clow children beyond Charles may have been birthed by Hanna. The other identifiable Clow children were: Sarah (b. 1844 Canada), Cooper (b. 1848 Canada), John H. (b. 1856 WI), Eva E. b. 1858 WI and Ida (b.1861). (Note: Another James Clow (b. 1830 Canada) may also have been a child of James and Hanna, but as a genealogical member of the Clow family has noted: “Too many Charles, James and Williams in the Clow family to get them straight.”

No documented information is available pertaining to Charles' childhood, formative, or teenaged years. The first we find for him is from late, 1861 when, in his early twenties, farmer Charles Clow responded to his adopted county's call to arms and enlisted in the U.S. Army. Initially entering the service as a member of   the 10th Battery WI L. A, in March, 1862 he and others of the unit were transferred to the 9th Battery WI. L. A.

Serving in the light artillery - light  referring primarily to smaller, mobile, horse drawn field cannon as contrasted to larger, often more stationary pieces assigned to forts and garrisons - by July of 1862 artilleryman Clow found himself  on detached service with the left wing (3 guns) of his battery stationed at Ft. Learned in Colorado Territory. There, as later recounted in pension application paperwork, he suffered injury to his head, left shoulder and right leg as follows: "While on drill at the double quick (he) was crossing a ditch when (he) was thrown from the swing team (thereby) striking his head and shoulder. While lying on the ground one of (the) lead horses backed (up) stepping on his right leg bruising and crushing it." As there was no hospital nearby, private Clow was treated in his quarters by the regimental surgeon. While available records are unclear on the issue, it appears his injuries were serious to the point of preventing his return to active duty until April, 1863. From that time until final muster he remained with his battery.

In 1870 the U.S. Census for Orange, Juneau County, WI noted Charles employed as a farm laborer. A decade later, while still in Juneau County, but in or near the community of Fountain, he was listed strictly as "farmer."

By 1887 Charles and family had migrated westward to Washington County, Oregon. The movement appears to have been one undertaken by the Clow clan as a whole as also making the trek were Charles’ father and brothers, William, Cooper and John. Likely the lure of the west was fertile farmland.

Exactly how long Charles and his family remained in Oregon on this occasion is not known beyond information that son Avery was born there in either 1890 or 1892.   What is documented by the U.S. Census is that in 1900 they were back farming in Lisbon, Wisconsin.  However, seven years later, in 1907, they were once again in Oregon residing in the Washington County community of Hillsboro not far from the City of Portland.

Not long after 1907 it appears the Clows moved once again, this time northward where they resettled in/around the Snohomish County City of Everett in the Puget Sound region of western Washington State.   Censuses for the next twenty years show them remaining there through the end of Charles' life and beyond.

In 1887 former Civil War soldier Charles Clow had applied for and been granted a U.S. Government disability pension based on ailments/illnesses which he traced back to his soldiering days. While the pension was granted, the amount of his monthly stipend at death is not known. However, following his passing, Mary petitioned the government for continuing receipt of at least a portion of late husband's monthly stipend. Interestingly when she made the application in 1931 and had to sign the pension-request document, she could only make "her mark." It would appear Mary may not been able to read nor write.

Mary Jane Clow died 11/2/32. At death she was receiving $40 per month from the U.S. Government. Her address, like that of Charles's at passing, was 2031 State St., Everett. She was buried in Evergreen Cemetery next to Charles.