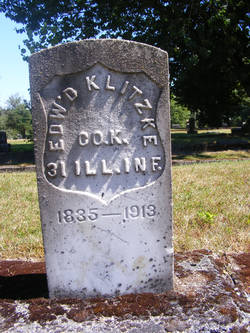 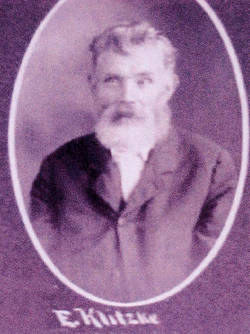 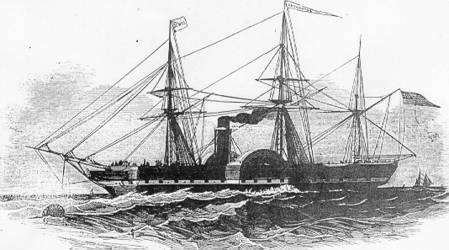 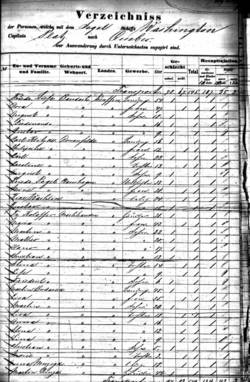 Edward Klitzke to US 1858 on Steamship Washington 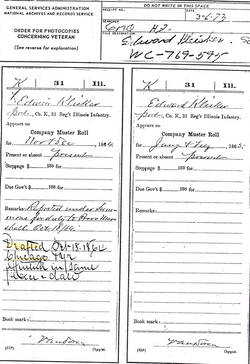 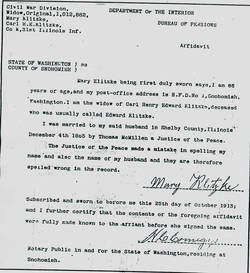 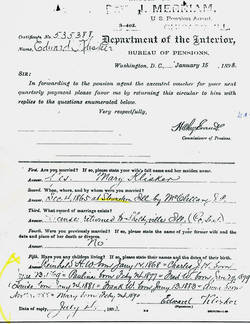 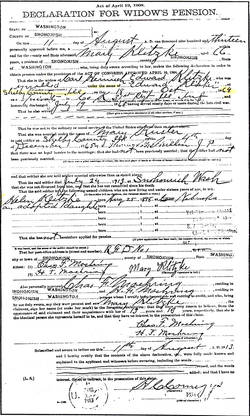 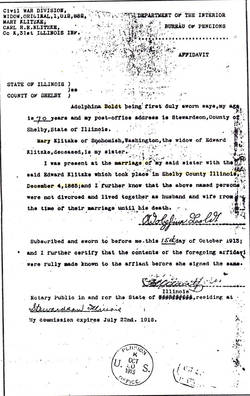 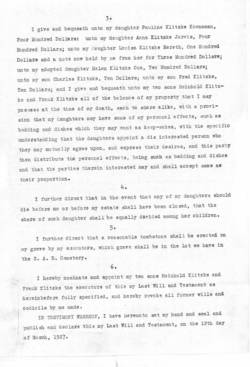 Formed during the early months of the war, this 3 year regiment, with less than 2 months drill, found itself in combat at Belmont, MO.  Thereafter, the unit fought its way through major and minor battles in the Western Theater states of TN, MS, AL, and GA.

On 11/13/64 the 31st reached Atlanta and, with Sherman, began the triumphant “march to the sea” It arrived at Savannah, GA. on 12/10 where it encamped on the rice plantation of one Dr. Owen. January, ’65 found the unit marching again, this time through the Carolinas.

When, on 3/24/65, it emerged from the swamps, out of the pine forests, “out of the wilderness”, at Goldsborough, NC the men were ragged, dirty, and many of them barefooted.

May, ’65- the 31st is in Richmond/Alexandria, VA and on to Washington for the Grand Review. Soon after it was moved to Louisville, KY for provost-guard duty and, final muster.

NOTE: The original birth – to – death biographical profile on Edward Klitzke was created during the early years of the Civil War Veterans Buried In Washington State project. As a result it was limited in both size and research resources. The biography which follows was written in March, 2019. While it contains many more details than the original, it still lacks the depth of more recent additions to this website which draw heavily upon veteran-related military, pension and other documents housed in the National Archives located in Washington, D.C.

Carl “Edward” Herinrich Klitzke was born on 11/30/35. His place of birth was Bonntin Stettin, Prussia.

Edward was the eldest of three Klitzke children. Younger than he were sisters Caroline (b. ca. 1845) and August (b. ca. 1849) Klitzke.

On 3/1/58 the Klitzke family left their Donafelde, PreuBen home and, via the port of Hamburg, Germany sailed aboard the steamship SS Washington to Quebec, Canada. SS Washington’s maiden sail was on 7/3/1847 from Bremen to NY.

By the time of the 1860 U.S. Census the entire Klitzke family had settled in Chicago Cook County, IL U.S.A. There the family patriarch noted that his occupation was “tailor.”

In the fall of 1864, Edward was drafted into the U.S. Army.   On military records his surname was noted as “Klisker”.

Before long Edward was “marching to the sea” with the forces of Union General William T. Sherman.  It was during this period - on or about 12/26/64 - while on duty at Savannah, GA that Pvt. Klisker was disabled by rheumatism that was to haunt him in later life.

In 1870 and, ten years later, in 1880, the Klitzkes were farming in Prairie Shelby Co., IL, but as of 3/1/95 they had quitted Illinois for Forrester Ness Co., Kansas. They were still farming in Kansas at the time of the1900 U.S. Census, but may have departed that state shortly thereafter. .

By 1910 the Klitzkes had moved to Snohomish Co., WA, settling near Snohomish City at “Red Crossing” located in the Ludwig District.   In the home at the time in addition to Edward and Mary were their unmarried son, Reinhart and adopted daughter Helen.

It was at his Ludwig District home that Edward died on 7/24/13. He was 78/79 years of age. Burial was/is at the Grand Army Of The Republic (G.A.R.) Cemetery in Snohomish, Snohomish Co., WA

After Edward’s death Mary continued to reside in Snohomish County, WA. In 1920 she was in the Riverview District home of her eldest son, Reinhold. Also in the household was son, Frank, and daughter, Mary.