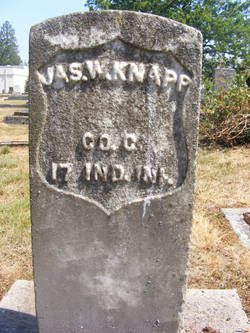 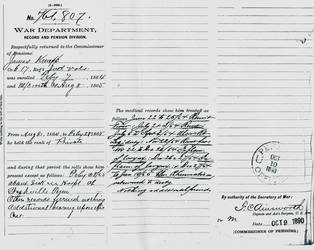 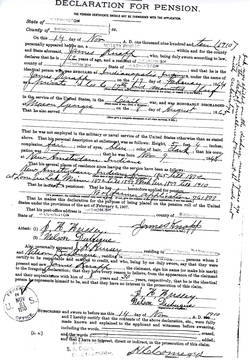 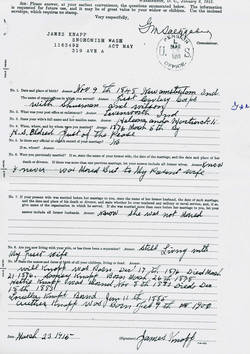 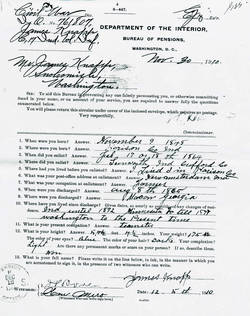 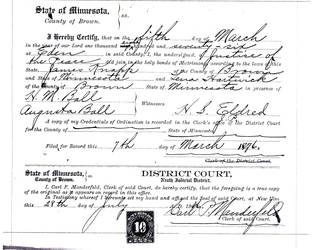 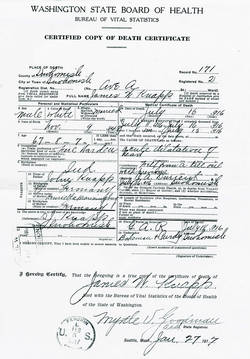 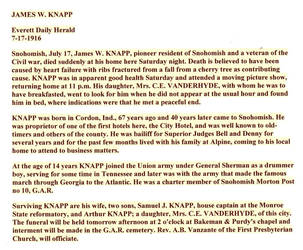 The 17th, a three-year “western theater” regiment, left Indiana for Maryland in mid 1861. Once there it constructed fortifications and, by fall had been engaged with the enemy at Green Brier River.

Moving next to Kentucky the unit remained in camp until 2/62 when it moved to Shiloh, TN via Nashville. The regiment arrived at Pittsburg Landing on 4/8/62. The 19th then moved through Alabama to McMinnville, TN where it attached and routed the cavalry of Confed. Gen. Forrest. In 2/63 the unit was moved to Murfreesboro, TN where they were mounted and, a short time later, equipped with Spencer repeating rifles.

Undoubtedly it was this firepower of the Spencers that, at Hoover’s Gap, allowed the 19th to repulse several charges by superior numbers. Numerous other actions kept the regiment busy until years end.

Spring 1864 found the 19th joining Union Gen. Sherman’s movement on Atlanta, GA. From May until October it was constantly engaged in cavalry actions, scouting operations and battles connected with that campaign.

The regiment participated in the action at Selma, AL then moved to Macon, GA where it drove the enemy into the city where they surrendered. The 19th lastly performed post duty at Macon until final muster.

NOTE: The original birth - to – death biographical profile on James Knapp was written during the early years of the Civil War Veterans Buried In Washington State project. As a result it was limited in both size and research resources. The biography which follows was written in March, 2019. While it contains many more details than its predecessor, it still lacks the scope and depth of more recent additions to this website which draw heavily upon veteran-related military, pension and other documents housed in the National Archives in Washington, D.C.

Parents of James were Johann “John” (b. 1815 Baden Germany) and Hester (nee Brandenburg/Bramdenbury b. 1820 Hardin Co., KY) Knapp. By trade, John was a stone mason.

In later years James would claim that the community of his birth was New Amsterdam located in Harrison Co., IN. Likely, however, New Amsterdam did not yet exist when he was born as the 1850 U.S. census for the region noted only that the Knapps lived in District #45 of Harrison County. New Amsterdam is not mentioned until 1860.

After Hester’s death John remarried. All we know about his second wife is that her first name was Amanda and she was born around 1825.

In 1864 James, a 5’4” teenaged farm boy, left home to join the U.S. Army.  Despite his mounted infantry regiment’s participation in numerous combat actions, as a drummer Private Knapp appears to have remained out of harms way.  He did, however, end up in the hospital with head and throat afflictions, fever and rheumatism.  One or all were to later lead to his receiving a government disability pension which amounted to $16.50 per month at the time of his 7/16/16 death.

Leaving the military James returned home to New Amsterdam where he worked on his father’s farm.  He remained there until 1872 when he removed to Lone Tree Lake, MN.

In 1877 the Knapps moved westward to Washington Territory and settled in or near Snohomish City located in Snohomish Co.  Available documents are silent as to why they made the move, but other Knapps lived near them, so
perhaps relatives lured James and Lena westward.  As noted nearly all their children would be born in Washington Territory/State.

In 1887 James’ occupation was listed as “hotel keeper.” This would refer to his being the proprietor of

The City Hotel, one of the first such establishments in Snohomish City.   Two years later, in 1889, he was in the real estate business. In 1900 he was a school janitor and in 1910 he was a grocery store deliveryman/teamster. His obituary would later note at some time during his years in Snohomish City and County he was also the bailiff for Judges Walter P Bell and Charles Denney.


On July 15, 1916, 67.8 year old James Knapp, a charter member of the Oliver Morton Grand Army Of The Republic (G.A.R.) Post in Snohomish City, fell from a cherry tree and fractured his ribs.  Although he seemed to be recovering from the fall, one week later he was found dead at home in bed.  According to his obituary, “indications were he met a peaceful end.” Burial was/is in the Snohomish Grand Army Of The Republic (G.A.R.) Cemetery.

Helena lived until 9/9/24. At her passing she was receiving a $30 per month stipend based on her late husband’s Civil War soldiering.  She was/is buried beside James in the G.A.R. Cemetery.