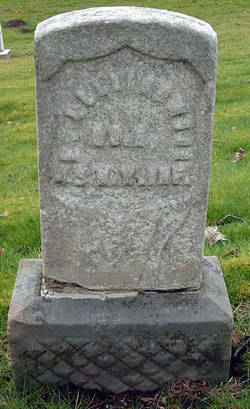 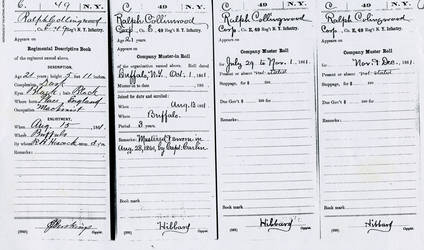 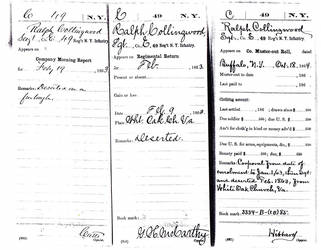 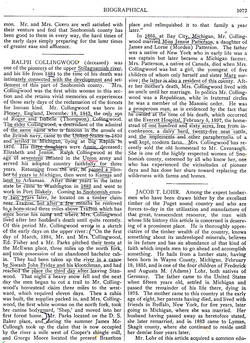 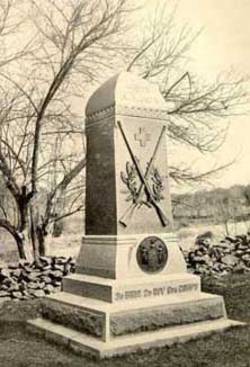 The 49th, a three year eastern theater regiment left New York for Washington on 9/10/61.  From there it moved into Virginia where it saw first action at Lewinsville the following month.  The unit remained at Lewinsville until March, “\ ‘62 when it was ordered to the Peninsula.  There it performed trench duty at Yorktown, was in support during the battles of Lee’s Mill and Williamsburg: participated in the Seven Days’ battles.

In September the 49th moved into Maryland where it fought at Crampton’s Gap and Antietam.  It concluded 1862 with action at Fredricksburg, VA.  May, 1863 found the regiment in the Chancellorsville, VA campaign where it lost 35 killed, wounded or missing.  On 6/13 it left VA for Gettysburg, PA where it served in support of the artillery.  Pursuit of Confed. Gen. Lee’s retreating army took the unit to Warrenton, VA.

The regiment next proceeded to Culpepper and engaged the enemy at Rappahannock Station.  During the winter of 1863/’64 175 men reenlisted, securing continuance of the regiment as a veteran organization.  1864, another May.  During the two battles at Spottslvania, VA the 49th lost 121.

With mustering out of original enlistees in October, the remaining members of the 49th were consolidated into a small battalion company which was ordered to Petersburg where it remained until the fall of that city and the surrender of Confed. Gen. R.E.Lee’s Army of Northern Virginia in April, 1865.

Total losses sustained by the 49th place it amongst the “three hundred fighting regiments.”

Ralph Collingwood was born 12/18/43 in Plessey, England.  One of four children, he was the only son to come from the union of Roger and Isabelle (nee Thompson) Collingwood.  Ralph’s sisters were Annie (b. unk.), Elizabeth (b. unk.) and Jennie (b. unk.).  In 1850 the Collingwoods, who traced their family name through a famous Admiral of the British Navy came to America and settled in Michigan.

Shortly after the onset of America’s War of the Rebellion, teenaged Ralph, who was apparently then in New York, enlisted in the U.S. Army.  He entered the service as a corporal and on 1/1/63 was promoted to sergeant.  A biological profile of his post-war years as a pioneer settler in the upper Stillaguamish River area of Snohomish County (Illustrated History of Skagit & Snohomish Counties. 1906 pg. 1073) noted he “served his adopted country faithfully for three years.”  Mr. Collingwood’s military records, however, belie this claim.  They tell the tale of the sergeant going home on furlough circ 2/9/63 and never returning.  His desertion date was estimated to be 2/15 and calculated from the location in Virginia where his regiment was stationed at the time.

The next available information on Ralph indicates that at some point in 1865 at Bay City, MI he married Jennie Patterson (b. unk. Canada).  The couple produced at least one child, a daughter (b. ca. 1844 NY or Canada) whose name is not available.  The Collingwood’s apparently lived in Michigan for a “number” of years before removing to Kansas and, later, Arkansas.  After three years in the latter state they, in 1882, moved to Washington Territory where Ralph obtained employment in Port Blakely.  Why they came to Washington is not documented.

In 1884 they moved to Snohomish County and settled near the former community of Trafton.  A few months later Ralph carved out a homestead above Trafton which according since borne his name.”  Ralph later penned the following sketch of he and Jennie’s move to the upper Stillaguamish, “On the first day of March, 1884, Mr. and Mrs. Collingwood, Ed Fisher and a Mr. Parks pitched  their  tents at the McEwan place, three miles up the north fork, and took possession on an abandoned bachelor cabin.  They had been taken up the river in a canoe by Siwash John Friday and his klootchman, and had reached the place the third day after leaving Stanwood.  That night a heavy snow fell and the next day the men began to cut a trail to Mr. Collingwood’s homestead claim three miles to the westward, which required eleven days.  Then a cabin was built, the supplies packed in, and Mrs. Collingwood, the first white woman on the north fork, took her canine bodyguard, ‘Shep,’ and moved into her first forest home.” (ibd.  pg. 1073)

Ralph died 2/5/97 in the Everett Hospital.  The cause of death was not listed.  He was 54.1 years of age.  At death the former Civil War soldier was considered a “prosperous man” because he owned his “homestead of 160 acres, free from encumbrance, a dairy herd, twenty-five neat cattle and the implements and other paraphernalia of a well-kept, modern farm.” (ibd. pg. 1073) as per the 1900 census, Jennie, then aged 56 was living in Seattle with her child and a roomer.  Apparently she was employed as a house servant).   The date and place of her passing are not known.