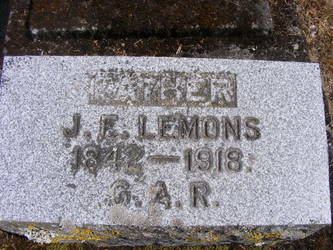 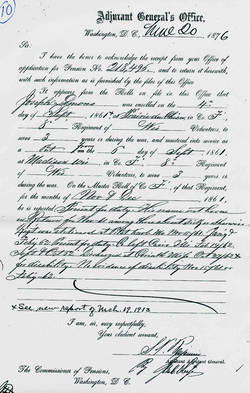 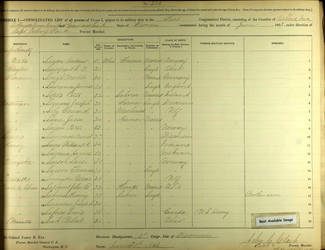 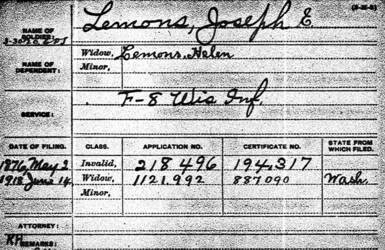 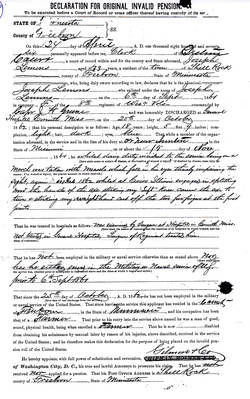 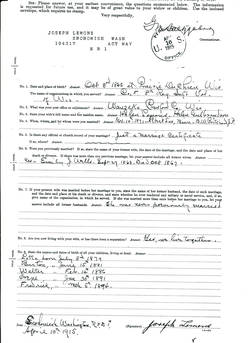 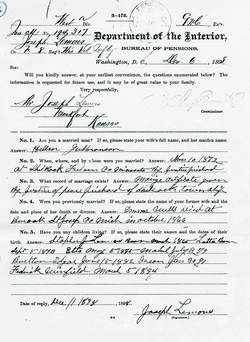 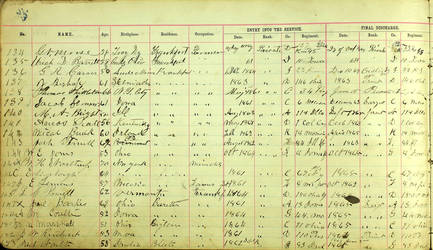 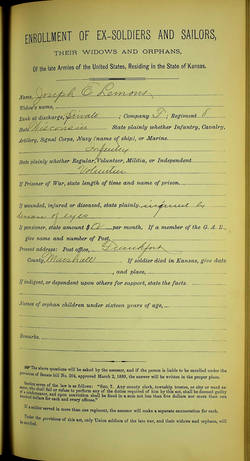 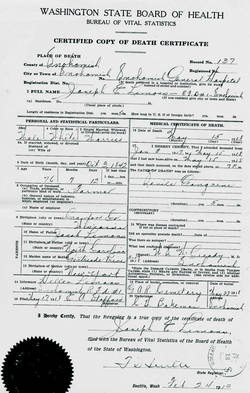 The general commanding at Farmington, noted “The Badger State may feel proud to have the honor of getting represented by so gallant a regiment as the 8th Wisconsin.”  Also, Union Gen. Sherman highly complimented the regiment for doing “its whole duty in the camp, on the march and in battle,” for “pecular courage and gallantry at Jackson and throughout the siege of Vicksburg,” and for other services.  The original roster of 973 was augmented to a total enrollment of 1,643.

NOTE: The original birth – to – death biographical profile on Joseph E. Lemons was written during the early years of the Civil War Veterans Buried In Washington State project. As a result, it was limited in both size and available research resources. The biography which follows was created in April, 2019. While it contains many more details than its predecessor, it lacks the depth of more recent additions to this website which draw heavily upon veteran-related documents housed in the National Archives located in Washington, D.C.

Joseph Edgar Lemons was born on 10/3/42 at Prairie du Chien Crawford Co., WI which is located in the far SW corner of the state. His parents were Jacob (b.ca. 1800 NC) and Gertrude (nee Price b.1808 NY) Lemons. The Lemons were a farm family.

In 1861 the 5’9”, teenaged farmer signed up to serve in the U.S. Army for three years.  He did not complete his enlistment term.  While on a march in Missouri during 11/61 he was stricken with measles which “fell in his eyes thereby impairing the sight.”  Also, in 2/62 while splitting wood at Cairo, IL the axe handle struck his left knee causing the axe blade to turn and “and striking (the) right hand cut off the two forefingers at the first joint.”

On 10/20/62 Private Lemons was granted a disability discharge having been unfit for duty the previous ninety days due to Amaurosis, “a partial or complete loss of sight with any apparent damage to the eye.”  While Joseph would, in later years, be granted a U.S. Government disability pension which amounted to $24 per month at the time of his death, no post war documents mention problematic eyesight.

It appears that after the death of his wife Joseph returned to his parents Wisconsin farm. It was there the U.S. Census for 1870 found him. What had become of his son Stephen is not known.

As noted by the birth states of the Lemons children, Joseph and Helen lived in a number of locations during their child producing years. This may have been at least partially due to Joseph’s occupation. In later years he would note himself as being a farmer, but at least during the 1880 census – when living in Hiawatha Brown Co., KS – he put down on paper that his occupation was “well driller.” This would hint that he and his family would have moved from location to location as new communities were created and water wells were needed.

In 1900 the Lemons were farming in Vermillion Marshall Co., KS. Circa 1906 they removed from Frankfort, Marshall Co., KS and resettled in the Puget Sound region of western Washington State. Available documents are silent as to why the move was made, but likely it was to e near families of their adult children residing the area. In Washington the family settled in Snohomish County where they resumed farming at Red Crossing located in the Ludwig District.

“After a long illness” Joseph E. Lemons age 76 years, 7 months died on 5/15/18 at the Snohomish Hospital.  Cause of death was listed as “senile gangrene.”  His obituary noted he was survived by his wife, two sons and three daughters.
Burial was/is in the Grand Army Of The Republic (G.A.R.) Cemetery in Snohomish, Snohomish Co., WA.


Helen Lemons died on 2/1/21 at the Wenatchee Chelan Co., WA home of one of her daughters.  She is buried next to Joseph in the Snohomish G.A.R. Cemetery.