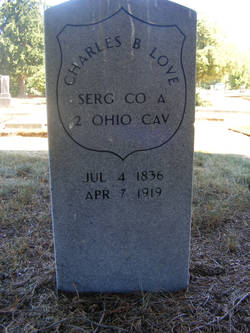 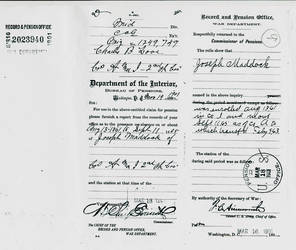 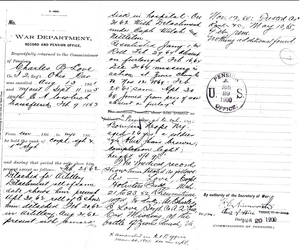 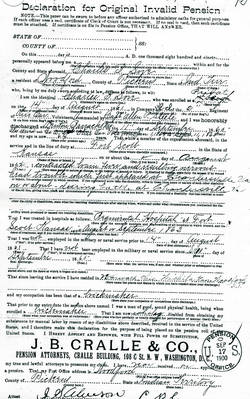 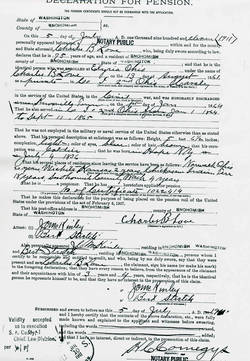 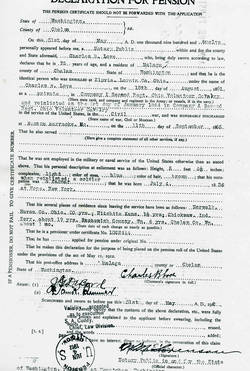 The 2nd Ohio Cavalry, a three year regiment, was to see action in both eastern and western theaters during the War of the Rebellion. In January, 1862 it was transported by rail to Platt City, MO.

Shortly thereafter, in Independence, MO a scouting party of 120 men from the unit was attacked by an equal or larger group of Confederate guerillas under the command of William Quantrill. The Ohioans routed the rebels losing one killed and three wounded in the action.

That same year a permanent artillery battery (25th Ohio light artillery) was formed from officers and men drawn from within each company of the 2nd. In September the regiment and its accompanying battery saw action at Carthage and Newtonia, MO before moving into Arkansas where they were engaged at Cow Hill, Wolf Creek, White River and Prairie Grove.

1863 found the 2nd in Tennessee at the battles of Blountsville, Bristol, Morristown, Russellville and the siege of Knoxville. In January, 1864 320 of the unit’s 470 men reenlisted. Actions in Virginia followed until the end of the war.

NOTE: The original birth – to – death biographical profile of Charles Love was written during the early years of the Civil War Veterans Buried In Washington State project. As a result it was limited in both size and in terms of available research sources.

The biography which follows was created in April, 2019. While it contains many more details than the original, it still lacks the depth of more recent additions to this website which draw heavily upon veteran-related military, pension and other documents housed in the National Archives located in Washington, D.C.

Charles B. Love was born 7/4/36 in Hope, New York. His father was named George Washington Love. The name of his mother is not documented. He had at least one sibling, a sister.

Early in his life something must have happened to his parents because, as of 1850 when the U.S. Census was tallied, Charles was residing in Walworth Wayne Co., NY with a farm family named Bodine.

In 1861 Charles, a 5’6” farmer, heeded his country’s call to arms and joined the 2nd Ohio Cavalry.  He entered the military in one company, but on 2/17/63 transferred to another.  As the transfer date is the same as one source notes for the founding of the 25th Ohio Light Artillery., it appears Charles served not only as a horse soldier, but- at least for a time- as an artilleryman.  However his name does not appear on an available database roster of the 25th.  Private Love’s initial term of service completed, he reenlisted and served until the end of the war.

While in the military his trials and tribulations included contracting  “brain fever” during the 5/63 battle of Chancellorsville, VA which lead to hospitalization in Kansas for treatment of a nervous disorder, rheumatism, and being listed as “missing in action” following the 11/12/64 battle of Zion’s Church near Petersburg, VA.

The U.S. Army behind him, Charles returned to Ohio. At some post war point he took up the trade of brick making.

Charles and family resided in Norwalk Huron Co., OH for twenty years before, circa 1886, they removed to Kansas for one and one half years.  The Loves next settled in township 2 Chickasaw Nation, Indian Territory (now Oklahoma). They remained there for another nineteen years.

At the beginning of the 20th century the Loves moved to the Pacific Northwest and lived for six years in Snohomish Co., WA.  Why they moved to the region is not documented although it may have been because son, Albert and family, and/or perhaps Charles’ sister lived in the Puget Sound area.

Next there was a year and one half move to the eastern Washington community of Malaga near Wenatchee in Chelan Co. Available evidence returns the Loves, circa 1910, to the Marsh region of Snohomish where Mary died in 1913. She was/is buried in the Snohomish Grand Army Of The Republic (G.A.R.) Cemetery in Snohomish, Snohomish Co., WA.

Charles  spent the final six years of his life in Snohomish, Snohomish Co., WA .By that time he was receiving a $40 per month  U.S. Government disability stipend based on ailments which traced back to his days of Civil War soldiering.

The old soldier died in Snohomish on 4/7/19 at the age of 83.9 years.  His newspaper obituary noted him survived by two sons, Albert J. (A.J.), George, and one sister, Mrs. Oliver Brown. Burial was/is in the G.A.R. Cemetery beside Mary.