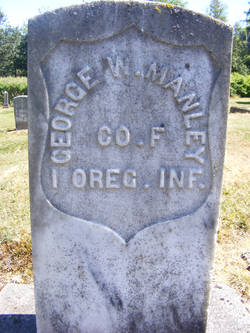 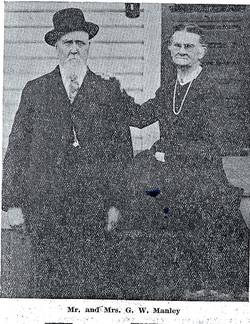 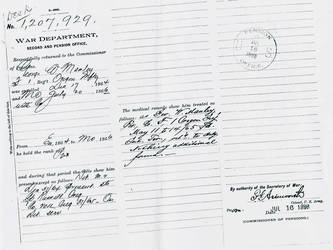 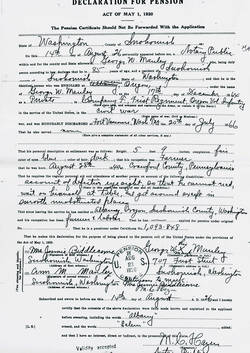 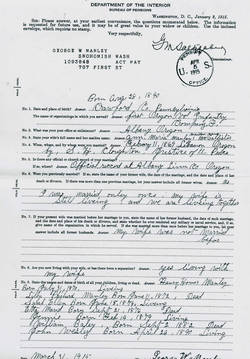 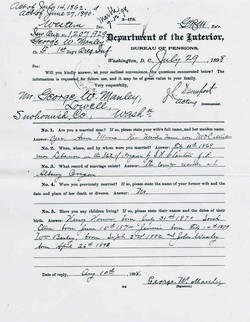 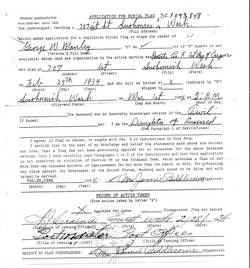 In Idaho the 1st covered Boles and Snake River country as well as the Owyhee Mines from Indian raids.

NOTE:  The original birth – to – death biographical profile on George Manley was created in the early years of the Civil War Veterans Buried In Washington State project. As a result it suffered from limitations in both size and the availability of research resources.

The biography which follows, was written in April, 2019. While more detailed than its predecessor, it still lacks the depth of more recent additions to this website which draw heavily upon veteran-related documents housed in the National Archives located in Washington, D, C.

George Whitfield Manley was born 8/2 or 28/40 in a two-room log cabin located in mining country along the Ohio/Pennsylvania border. His place of both may have been Crawford Co., PA. Beyond the fact that his New York born father may have been Henry Manley and his mother was born in Pennsylvania, no details are available pertaining his birth family.

Likely, as a young man, growing up in Knox County, OH George was a miner who, in the spring of 1862, departed for the west with a train of 29 wagons.  He arrived in Walla Walla, Washington Territory, that fall and, a few weeks later, reached the Willamette Valley, Oregon Territory. There, he took up farming.

Entering the U.S. Army, the 5' 9” fair complexioned soldier’s term of service appears to have been fairly uneventful.  Available records note two periods of detached service. Also, in May, 1866 he claimed an ankle injury. In later years he would apply for and be granted a U.S. Government disability pension stipend based on ailments or injuries which traced back to his days of Civil War soldiering. More on this, later.

Private Manley was mustered out of the Army in July, 1866. He then ended up in Albany, OR.

In 1880 the Manleys were farming in or near the community of Liberty located in Linn Co., OR. However, in 1882 they moved to the Puget Sound area of Washington Territory settling on government land, now part of Ebey Island, east of the City of Everett in Snohomish County.

.In 1900 the Manley’s address was noted as Welangdon Snohomish Co., WA In 1903 they removed to Snohomish City located in the county of the same name. Their residence was on First Street.

Documents filed in 1926 noted the now 85-year-old former farmer/laborer needed regular aid at home.  He suffered from defective eyesight and could not wait upon himself.

After her mother’s death  daughter Jennie - one of only two Manley children then living - moved into her parents’ home and remained with her father until, after being “ill two weeks”,  he died on 2/24/34.  At death the Union veteran was aged 93.7 years and was receiving a princely $90 per month government disability pension. Burial was/is in the G.A.R. Cemetery beside Ann.