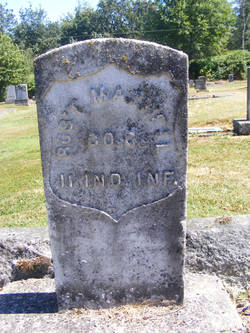 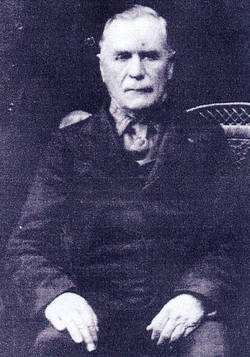 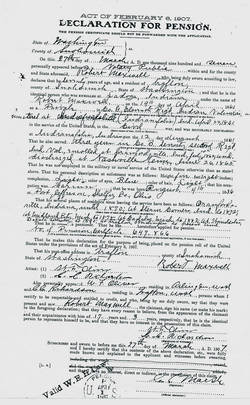 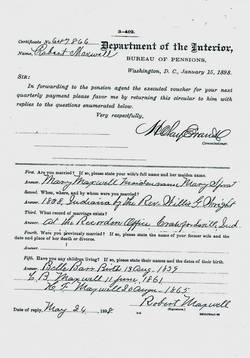 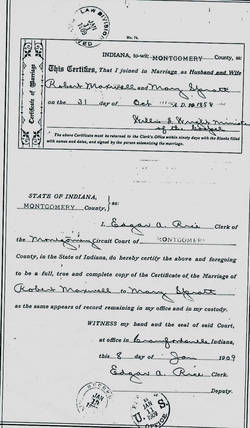 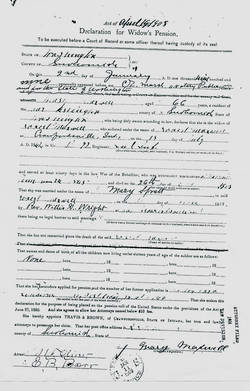 The 11th, a “3 month” regiment, was organized and mustered in at Indianapolis, IN. during April, 1861. In early May the unit was transferred to Evansville, IN. for blockade duty along the Ohio River. A month later it was moving into Virginia. On 6/37 thirteen of the 11th‘s mounted scouts attacked 41 of the enemy along the Potomac and, after killing 8, routed the group. In 7/61 the 11th moved to what is now Martinsburg, W.VA and thence to Bunker Hill and Harper’s Ferry, VA. The unit then returned to Indianapolis where, on 8/2/61, it was disbanded. From an original strength 781, the 11th had suffered 2 dead and 1 desertions.

The 72nd, a 3 year unit, was organize at Lafayette, IN and mustered in on 8/12/62. It immediately departed for the state of Kentucky where it remained until moving into Tennessee in early ’62. There the 72nd became mounted infantry sustaining heavy losses at the battle of Hoover’s Gap. It was also present at Chickamauga, GA. Following movements to AL and TN. the 72nd joined Sherman’s Georgia campaign during which it was constantly engaged until the fall of Atlanta in late ’64.  The unit next assisted in the capture of Selma and Montgomery, AL before doing the same with Columbus and Macon, GA.   After the fall of Richmond elements of the 72nd were sent to intercept fleeing Confederate President Jefferson Davis before the regiment was mustered out of service.

ED. NOTE:  The original birth – to – death biography on Robert Maxwell was written during the early years of the Civil War Veterans Buried In Washington State project. As such it was limited both in size and in terms of available research resources. The updated profile which follows was created in November, 2018.

After the rebellion the Maxwell’s returned to faming in IN, but by 1873 had removed to Cadillac, Wexford Co. MI where he was found in 1880 census engaged in working in the lumber mills. He continued in this line of work for the next twelve years. He then spent 6 years in Dakota Terr. farming.  In 1890, he again moved his family and settled in the Puget Sound region of Washington Terr.

1900 Census finds Robert and Mary Maxwell living on their Trafton Snohomish County farm. For eleven years Mr. Maxwell was the Postmaster of Trafton, WA. In 1905 he suffered a paralytic stroke which found him in poor health and unable to perform any labor.

On 3/27/07 while living on his farm near Trafton, Snohomish County, WA Robert requested a U.S. Government disability pension based on ailments, etc. which he traced to his days of his Civil War Soldiering. The request being granted, at the time of his death Robert was receiving a $15 per month stipend.

Robert Maxwell On 10/26/08 he passed away on 10/26/08 at his Trafton home.  His death came just days before celebrating 50 years of marriage to his faithful wife Mary. Cause of death was “apoplexy” or what would today be termed “stroke.” He was 78.2 years of age. Burial was/is in the Grand Army Of The Republic (G.A.R.) cemetery located near Snohomish, Snohomish County, WA/

After Robert’s passing Mary filed for a widow pension based on her husband’s soldiering and resulting pension. It is not known if the request was granted.

The 1910 census found Mary living with her daughter and husband Charles W and Belle Barr.  At that time she was noted widowed with no income.

Mary died 1/13/15 in Lowell, Snohomish County WA. She was/is buried beside Robert at the G.A.R. cemetery.