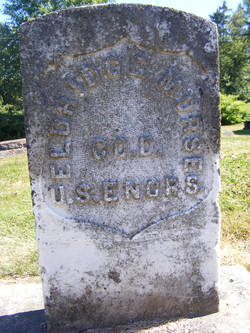 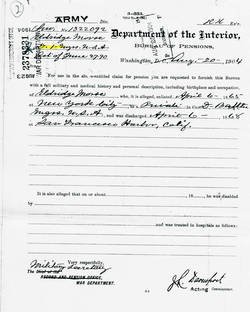 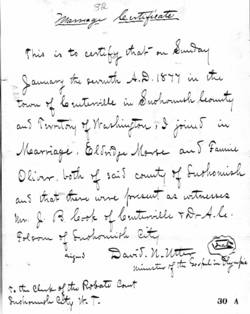 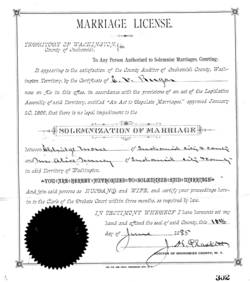 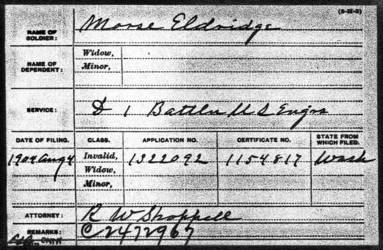 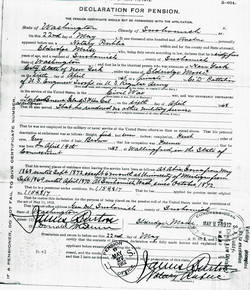 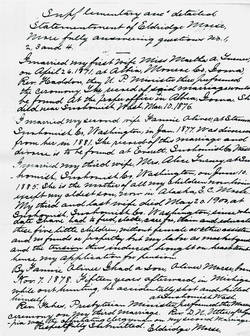 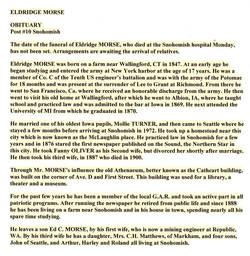 The U.S. Engineer Battalion was organized 5/16/46 with one ("A") company. By Act of Congress 8/6/61 the Engineer troops were increased by creation of three additional 150 man companies.  Elements of the 1st, a regular army unit, were responsible for mapping duties, designing and supervising construction of bridges, fortified earthworks and other offensive projects needed to help move or protect an army in the field.

The 1st began service in the defenses of Washington until moving into Virginia during the Peninsula Campaign.  The Battalion accompanied the Army of the Potomac through all of its eastern theater campaigns culminating in the fall of Petersburg, VA and the surrender of Confederate Gen. R.E. Lee’s Army of Northern Virginia in April, 1865.  Assimilated into the U.S. Army regimental system, the tradition of the 1st continues to this day in the civilian and military activities of the U.S. Army Corps of Engineers.

NOTE: The original birth – to – death biographical profile of Eldridge Morse was created during the early years of the Civil War Veterans Buried In Washington State project. As a result it was limited in size and the number of available research resources.

The biography which follows was written in April, 2019. While it is more detailed than its predecessor, it still lacks the depth of more recent additions to this website which draw heavily upon veteran-related military, pension and other documents housed in the National Archives in Washington, D.C.

As noted by the birth states of the Morse children, between 1839 and 1841 the Morse family moved from Michigan to Connecticut. A west – to – east move such as this was unusual for the times. In 1850 they were residing in or near the community of Wallingford located in New Haven Co., CT.

While he was born into a farming family, Eldridge was apparently not cut out to be a farmer, He is said to have spent his early years “studying” before entering the U.S. Army during the waning days of the War of The Rebellion. Even enlisting in the army he did not fit the mold of the average Civil War combatant because he joined not an infantry, cavalry or artillery unit, but the prestigious U.S. Engineering Battalion.

Following initial service in the east (New York) Private Morse was transferred to California. There, in 1868, he was honorably discharged.

Leaving the Army, Eldridge briefly returned to CT before reportedly moving to Albion Monroe Co., IA where he taught school and practiced law after being admitted to the Iowa bar association in 1869.  From the fall of that year through the spring of 1870 he also attended the University of Michigan.  The census of 1870 found him practicing law in Albia Monroe Co., IA.

After marring Martha (Mollie) Turner, one of his “older” Iowa students on 4/26/71, the 5’7”, fair complexioned Eldridge and Mollie moved to the Pacific Northwest.  Arriving in the Puget Sound area of Washington, Terr.  they stayed in Seattle for “a few months” before, in 1872, taking over a homestead (the McLaughlin place) near Snohomish City in Snohomish Co.  Edward C, (b 11/1872 IA) Martha’s only child was born before the move to the Pacific North West in IA.

In Snohomish Eldridge practiced law for “a few years.” This made him the first attorney in Snohomish County.

In 1876, in association with fellow Civil War vet Albert Chase “Doc” Folsom (Grand Army Of The Republic (G.A.R. Cemetery Snohomish, Snohomish Co., WA Row 2 Grave 4) Eldridge founded the Northern Star, the first Puget Sound area newspaper.  The pair was also influential in the construction and operation of the Athenaeum (Cathcart Bldg.) which once stood on the corner of Ave. D and 1st Street in Snohomish and served as a library, theater, and museum.

On 3/10/76 Mollie Morse died. Details of her passing are not available. Originally buried in the Snohomish Pioneer Cemetery, her remains were later removed to their present resting place in the Snohomish Grand Army Of The Republic (G.A.R.) Cemetery.

By 1880 Eldridge and Fannie were apparently separated. The U.S. Census for that year found Eldridge in Mason Co., WA Terr.  living in a hotel and working as a journalist. He and Fannie divorced in 1881. (In 1892, circa the age of 15, Oliver was killed in a Michigan hunting accident.)

Eldridge Morse, soldier, teacher, lawyer, and newspaperman “retired” to his “farm” in 1888.  There he concentrated on “studying.”

On 5/21/00 Alice died of pneumonia. Buried in the Snohomish Pioneer Cemetery, records are unclear if her remains were later moved to the G.A.R. Cemetery or elsewhere when the present-day highway was constructed through the Pioneer site.

With the passing of Alice, the now 53 year old Eldridge was once again a widower. Still,  He, he   had  to feed, clothe, train and educate five children ranging age from near four to eleven years of age.

By 1904 the now toothless Civil War vet sought a government disability pension claiming a number of ailments including poor eyesight, heart problems chronic catarrh (infection), partial paralysis of the right thigh, rheumatism, plus weakness of the stomach and kidneys.  Said pension was granted and, at the time of his death he was receiving a stipend of $15 per month.