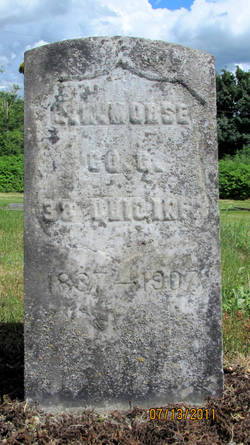 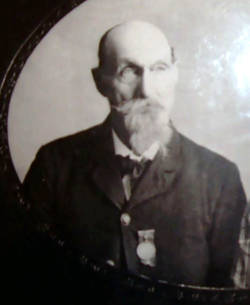 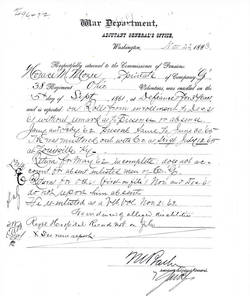 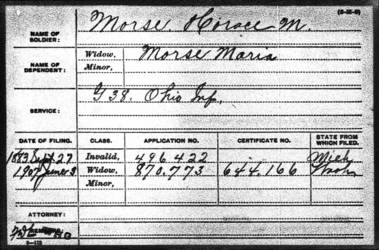 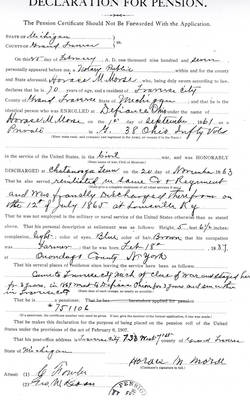 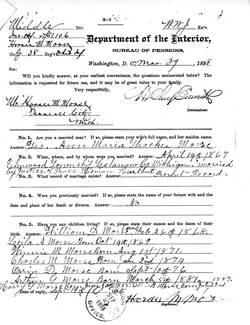 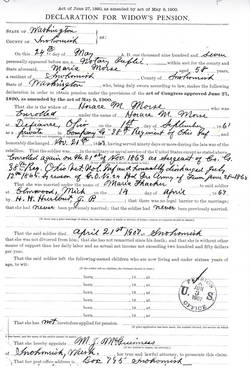 The 38th, a three-year “western Theater” regiment, first saw active service in Kentucky at the battle of Perryville. It then campaigned throughout Kentucky before taking a conspicuous part in the battle of Stone’s River.

In March, 1863 the unit joined the Army of The Cumberland for the Tullahoma campaign before moving on to Chicamauga. There, its assigned duty was to guard the supply train. On 11/25 the 38th belonged to the division that assaulted the fortifications at the foot of Missionary Ridge, TN then ascended the hill and carried the enemy’s works.

Regimental reenlistment and furlough followed. Returning to active duty in Georgia, the 38th took an active part in the siege of Kennesaw Mountain before reaching the banks of the Chattahoochee River. At Utoy Creek a portion of the unit successfully charge rebel skirmishers, but lost 9 killed and 42 wounded in the process. At Jonesboro a charge cost the regiment 150 killed and wounded out of 360 engaged.

The Carolinas campaign and participation in the Grand Review at Washington D.C. capped the career of the 38th.

NOTE: The original birth – to – death biographical profile on Horace M. Morse was created during the early years of the Civil War Veterans Buried In Washington State project. As such, it was hampered both by size and research source limitations.

The biography which follows was written in October, 2018. While it contains much more detail than the original, it still suffers in terms of depth when compared to more recent writings found on this site which draw heavily from documents house in the National Archives located in Washington, D.C.

. As evidenced by the birth communities of the Morse children Horace B. and family moved a number of times within the State of New York. However, by the time of the 1850 U.S. Census the family had quitted that state in favor of Richland, Defiance Co., OH. What had prompted the move and when it had been made is not known. Horace B. died in Richland on 6/2/51.

In 1861 Horace M. (henceforth called only Horace), a 5’6 ½ “blue eyed farmer, entered the U.S. Army. A notation from the Adjutant General’s Office pertaining to his period of service reads” “Disabled by mumps resulting in injury to the left groin…. Loss of left testicle, and rupture, May and Aug., 1862.” Other notations of significance were Morse’s completion of his first tour of duty and reenlisting for a second, plus his rise from the rank of private to corporal (6/18/63) and from corporal to sergeant (1/1/65).

Following discharge from the army Horace settled in Traverse City Grand Traverse Co., MI. He was to farm there for three years.

In 1869 the Morse family moved from Traverse City, MI to Defiance, OH. There Horace worked his widowed mother’s farm.

Circa 1872 Horace, et. al., returned to Michigan. The family remained there until 4/7/07 when they moved to Snohomish, Snohomish Co., WA. Most likely the move was made to be near adult children and grandchildren.

“Monroe,” as his obituary referred to him, had been in Snohomish two weeks or less when he was suddenly stricken with erysipelas, an acute streptococcus disease characterized by high fever and localized reddening of the skin. He died at home on 4/21/07. Burial was/is in the Grand Army Of The Republic (G.A.R.) Cemetery then located near - and now inside the city limits of - the community of Snohomish.

At passing the old soldier was aged 70.2 years. At the time of his death Horace was receiving a $12 per month U.S. government disability stipend based on illnesses or ailments which he traced back to his days of Civil War soldiering.

Following her husband’s death Maria remained in Snohomish. She died there in late August, 1927 at the age of 78 years. She was/is buried beside Horace.