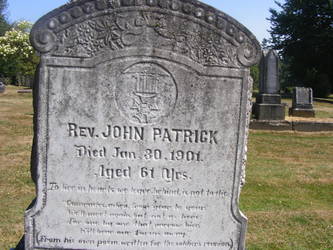 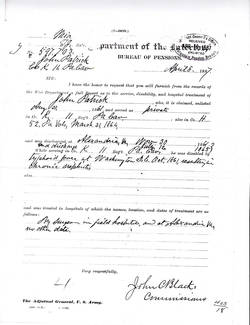 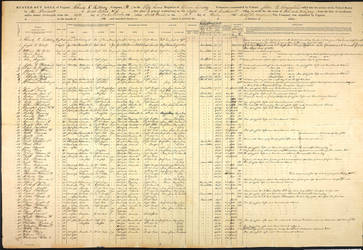 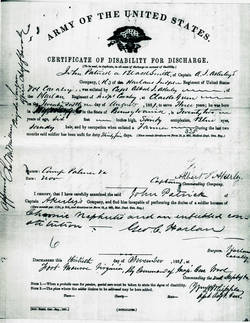 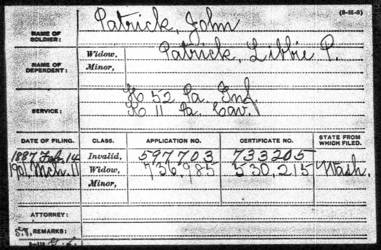 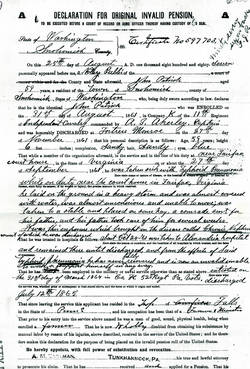 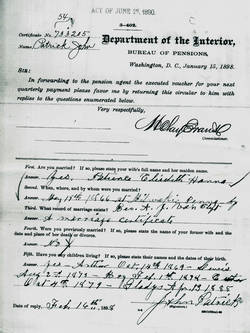 This three year, “independent” unit was recruited in a number of states and was first known as Harlan’s Light Cavalry. In early Oct., ’61 it moved through Washington and encamped at Ball’s Crossroads, VA. On 11/13/61 the regiment was designated the 108th PA Vol. Inf. as only state organizations were accepted into federal service.  From mid Nov., ’61 through Feb., ’62 the 11th/108th  was stationed at Fortress Monroe, VA. After this it was active in raids throughout Virginia and into North Carolina. In 1865 it was with Sheridan at Five Forks, VA and pursued Lee’s troops to Appomattox Court House.

This three year unit saw extensive action during the 1862 Peninsula Campaign. In 1863 the 52nd participated in the siege of Fort Wagner, NC.  In early ’64 reenlistments and new recruits brought the regiment to 1000 strong. During this period it was stationed at Hilton Head, VA making occasional raids into the states interior.

“The 52nd” next moved to Charleston, SC where on 7/3/64 it lost 7 killed, 16 wounded and more than 100 captured during an assault on Ft. Johnson. During that winter it served picket duty as “boat infantry” in the Charleston harbor. After the fall of Charleston the 52nd joined Sherman’s march through the Carolinas and, after Confederate Gen. Johnston’s surrender, served briefly at Salisbury, N C before returning home for final muster.

NOTE: The original birth – to – death biographical profile of John Patrick was created during the early years of the Civil War Veterans Buried In Washington State project. As a result it was limited in size and by the availability of research resources.

The biography which follows was written in May, 2019. Although it contains many more details than its predecessor it still lacks the depth of more recent additions to this website which draw heavily upon veteran-related military, pension and other documents housed in the National Archives in Washington, D.C.

John R. Patrick was born in Wyoming Co., PA. The year was likely 1838. As of this writing no birth month or specific birth date have been found within available documents.

Noah’s wife, Catherine, died in 1843. Although documentation pertaining to her death is not available, perhaps her passing was connected to the birth of daughter Catherine. After Catherine’s passing Noah remarried to Mary Kennedy (b. 10/29/01 PA).

In 1861 6’, blue eyed farmer John entered the U.S. Army as a blacksmith. His career was to be short lived. According to Private Patrick, about 9/27/61 while on duty near Fairfax Courthouse, VA he lay on the ground during a heavy storm which almost covered him with water and rendered him near unconsciousness and unable to move. He was subsequently taken to a stable and placed on some hay. A comrade then sent for his father who took care of him for several weeks. By mid- October, however, John had contracted typhoid pneumonia and was hospitalized at Fortress Monroe. He remained there until granted a medical discharge on 11/30/61.

In March, 1863 Mr. Patrick returned to military service. This time he successfully completed his tour of duty.

Sometime after 1885 the Patrick family moved from their long time home in Falls Wyoming Co., PA to Snohomish, Snohomish Co., WA. In Snohomish on 8/25/87 farmer and “minister” John Patrick applied for a U.S. Government disability pension claiming the exposure and resulting typhoid pneumonia he suffered in 1861 had resulted in his contracting nephritis (kidney disease) from which he had never fully recovered. Now, at 59 years of age, he claimed he was totally disabled and unable to work or support himself.  Patrick was granted a Pension stipend on 2/14/1887 the amount of the payment is not known.

John Patrick, the two time former Union private died 1/30/01. A newspaper account of the day read as follows: “Wednesday afternoon, J.R. Patrick, who lives near the E. & M.C. depot had been across the river in his buggy to Larimer’s place on the Lowell road and was on his way home when he met Morgan Williams and stopped to talk with him. During the conversation Mr. Patrick ceased talking in the midst of a sentence, and Mr. Williams spoke to him again, but received no answer. Upon investigation it was found that Mr. Patrick was dead in his buggy.”

John Patrick was 63 years of age when he died of heart failure.  Burial was/is in the Grand Army Of The Republic (G.A.R.) Cemetery in Snohomish, WA

After her husband’s death Libbie remained in Snohomish, WA. She died on 9/4/05 and was/is buried beside John in the G.A.R. Cemetery.