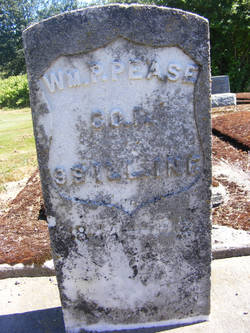 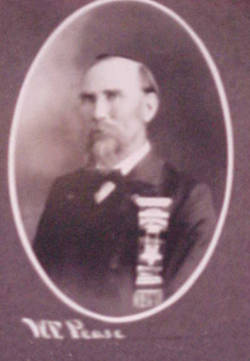 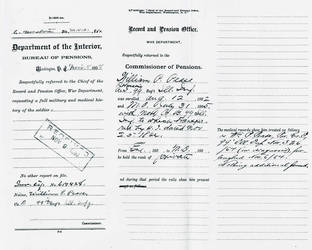 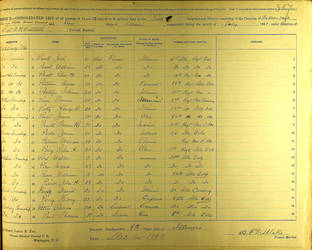 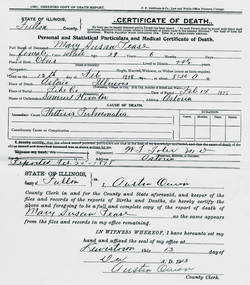 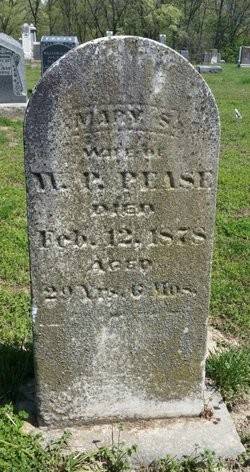 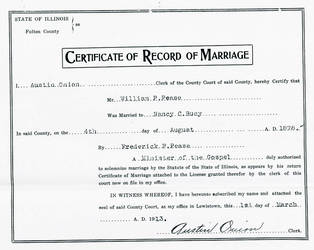 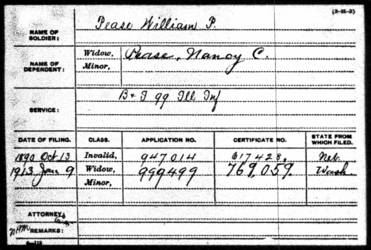 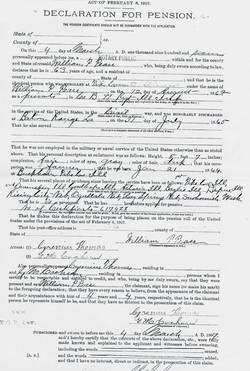 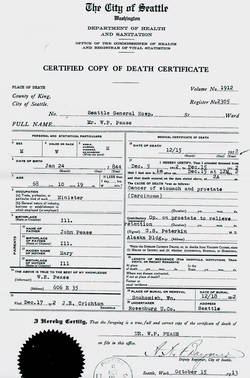 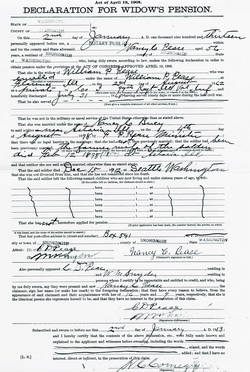 The 99th, a three-year “western theater” unit left for St. Louis, MO almost immediately following Federal muster thus making it “the first regiment out of the state under the call of ’62.”  Thereafter it was engaged in a skirmish at Bear Creek and the battle of Hartville where 36 of its number were killed or wounded.

In April 1863 the regiment crossed into Mississippi where it fought at Port Gibson, Champion’s Hill, Edwards’ Station, and Black Hill.  In May the 99th took a prominent part in the assault at Vicksburg losing out of 300 men, 103 killed and wounded.

At a critical time in this operation the unit opened a heavy fire which drove the enemy back into his works most likely saving the entire Federal division from stampede.  In this entire campaign the 99th lost 253 killed, wounded and missing.  Activities in the Louisiana Bayou Teche campaign and the battle of Grand Coteau were followed by movement into Texas where the regiment remained throughout the winter and into the spring of ’64.

During the summer of 1864 the 99th preformed garrison duty along the Mississippi before moving to Memphis, TN where, in the late fall, it was consolidated into a battalion of five companies.  In the spring of 1865 this 99th “Consolidate” Infantry unit participated in actions that lead to the investment and capture of Mobile, AL before receiving final muster.

NOTE: The original birth – to – death biographical profile of William Pease was created during the early years of the Civil War Veterans Buried In Washington State project. As a result it was limited in both size and in terms of available research resources.

The biography which follows was written in May, 2019. While it contains more details than its predecessor, it lacks the depth of more recent additions to this website which draw heavily upon veteran-related military, pension and other documents housed in the National Archives in Washington, D.C.

As best as can be determined from available U.S. Census data, William was the eldest of three Pease children. His younger siblings were: Zadoc Alonzo W. (b. 11/22/46 Pike Co., IL) and Frederick/Frederich P. (b. 1849 Pike Co., IL)

In 1840 the Pease family was residing in Pike Co., IL. In 1850 the census tally was more specific placing the Peases in Township 5 of Pike Co. Finally, in 1860 the family’s Pike Co. community of residence was noted as being Montezuma.

In 1862 William, a young, 5’7”, fair complexioned farmer, entered the U.S. Army.  Available records reflect only one brief period of absence from his unit due to an undisclosed illness.  His company transfer resulted from the consolidation of his regiment at the end of America’s civil war.

Although details are sketchy, three aspects of William’s life following the war are known.  First, he married twice.  Secondly, he became a minister, and thirdly, he lived in a number of locations, gradually moving from Illinois to Washington.

Mary Susan died on 2/12/78 in or near Astoria, IL. She was aged 29 years and six months. Her death was caused by a lung related ailment.  She was/is buried in the Green Pond Cemetery located in Pearl Pike Co., IL.

In terms of William’s post war occupations, it appears that being a “man of the cloth” ran in the Pease family.  An interesting side note of William’s second marriage is that the service was performed by Frederick P. Pease, a “minister of the gospel.”  Frederick was William’s younger brother. As for William, himself, by 1880, residing in New Salem Pike Co., IL he was noting his occupation as “minister of the gospel.”

As a minister of the Congregational church, William reportedly served in “Successful pastorates in the Middle West” before moving to Washington In 1900 he was ministering in Atwood Rawlings Co., KS. By 1910 he was in Snohomish,

William’s 1912 obituary read, in part, “he came to Granite Falls (Snohomish Co. WA), where he served…. for one year.  He was then pastor of the Leavenworth (Chelan Co.) church for four years; then at Maltby (Snohomish Co.) and several other churches, after which he retired to a small ranch near Snohomish where he spent the last two years.”  It is highly likely the great number of post- war moves the Pease family made within Illinois followed by Nebraska,  Kansas , Nevada, and, finally, Washington, were prompted by his changing pastorates and, ultimately, to be near adult children and their families.

William P. Pease died on 12/15/12 in the Pacific Hospital located in Seattle King Co., WA.  Cause of death was listed as “cancer of the stomach and prostate (carcinoma).  Contributory: (Operation) on prostate to relieve retention.” The Union vet was aged 68 yrs., 10 mos., and 9 days. Burial was/is in the Grand Army Of The Republic (G.A.R.) Cemetery in Snohomish, Snohomish Co., WA.

At some point in his post-war life William applied for and was granted a U.S. Government disability pension based on ailments or other disabling conditions which traced back to his days of Civil War soldiering. At the time of death his stipend was $24 per month.

After her husband’s Nancy Pease petitioned to keep receiving at least a portion of the pension, but it appears her request was denied.  On what grounds the denial was made is not known.