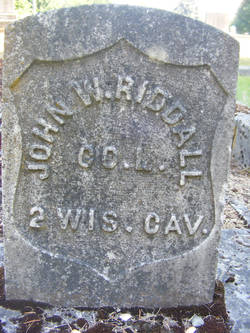 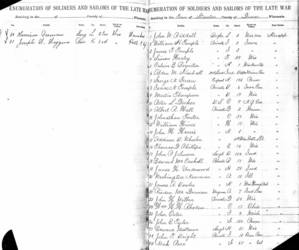 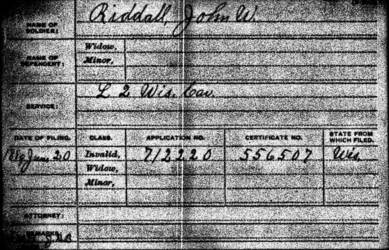 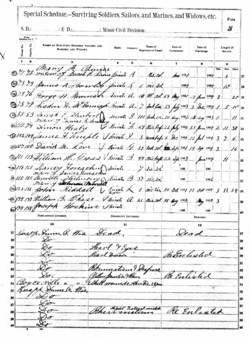 The 2nd, a 3-year “western theater” unit left the state for Missouri on 3/24/62.  Two battalions were subsequently sent to Arkansas, Tennessee and Mississippi while a third remained stationed in Missouri.  In 6/64 the three battalions were reunited at Vicksburg, MS where they remained on picket duty until 11/6/64 when they joined a raid into Arkansas destroying bridges, railroad tracks, cotton and supplies.  During this movement a detachment of 240 men engaged a considerable force of the enemy near Yazoo City.

The unit was next ordered to Memphis in Dec. ’64.  An expedition into Mississippi under Gen. Grierson was to follow.  This raid featured a severe action at Egypt Station during which the enemy was defeated and 500 captured rebels were placed in charge of the 2nd.

Two similar, less eventful excursions followed.  In May, 1865 a detachment of 330 was sent to Grenada, MS for garrison duty.  They remained there until 6/24 when they rejoined the regiment at Alexandria, LA.  The 2nd’s last march was to Hemstead, TX where it remained encamped until moving to Austin for final muster.


NOTE:  The original birth – to death biographical profile of John Riddall was created during the early years of the Civil War Veterans born in Washington State project. As a result it was limited in both size and the availability of research resources.

The biography which follows was written in May, 2019. Although it contains many more details than its predecessor, it still lacks the depth of more recent additions to this website which draw heavily upon veteran-related military, pension and other documents housed in the National Archives in Washington, D.C.

John Wesley Riddall was born 8/26/42 (43?) in Winsor County, Vermont. His community of birth may have been Sharon as that was where the Riddalls were residing in 1850.

The Riddall family were located farming in Pleasant Valley, Eau Claire Co. WI in the 1860 U.S. Census In October of 1861 when he enlisted in the U.S. Army he noted his community of residence as Eau Claire, WI.

Military documents are unclear whether the 5’5” private entered the military as a bugler or attained this position during his two periods of service.  However, these same documents are clear that Private Riddall, like most Civil War veterans, suffered service-related privations that would physically haunt him the rest of his life.

In this vein it was noted that about 7/1/64 while engaged in a battle charge John was thrown against the pommel of his horses’ saddle thereby injuring his right testicle.  The horse then fell and rolled on him injuring his back.  After the fall a comrade recalled rolling Private Riddall onto a blanket and taking him to a hospital.  About 9/1 of the same year Private Riddall claimed to have contracted rheumatism while sleeping on damp ground near Memphis, TN. The government okayed the rheumatism claim, but despite years of petitioning, would not accept the testicle/back injury because no medical records could be found documenting the alleged injuries.

Aside from these medical difficulties the only other military incident of significance for Private Riddall was his being listed “deserted 10/12/65 Hempstead, TX.”  An Act of Congress later granted Riddall an honorable discharge and the ability to collect a disability pension.

In 1865 John Riddall returned to Eau Claire County, WI.  He would reside there for the next twenty years. The U.S. Census for 1870 placed him in or near the community of Pleasant Valley.

Annie died 4/40/77. Likely her death was related to complications stemming from the birth of Agnes.

The U.S. Census for 1880 found John and Mary residing in Dunn, Dunn Co., WI. There, John was employed in a sawmill. Also under their roof were three of John’s children by his first wife: James, Rhoda and John.

How long the marriage of John and Mary lasted is not known. There is no census data from 1890 because most of it was destroyed by fire. However, an 1898 document notation by John read “parted long ago with my second wife.”

John remained in Wisconsin until 1896. There, he worked as a farmer, teamster, lumberman and laborer. He then moved westward to Washington State settling first in the eastern communities of Dyer Douglas Co), Bridgeport Okanogan Co.  and, in 1900 Foster Creek in Douglas County. In that location he was farming with the assistance of one James L. Riddall (b. 1874 WI). The relationship between John and James is unclear. There are indications James was a brother, but with a birth year of 1874 it seems more likely he was one of John’s children.

Finally, John ended up residing in the Puget Sound community of Edmonds located in Snohomish County.  By the time he arrived in Edmonds, time and perhaps his lifestyle, were beginning to take a toll on his health.  A 1905 medical report mentioned “senile debility,” while one in 1906 noted he was “weak and debilitated” and “appears much older than he really is.”

Union veteran John Wesley Riddall died on 2/20/10 at the age of 67 years and four months. At his death he was receiving a $12 monthly U.S. Government disability pension based on ailments or illnesses which traced back to his days of Civil War soldiering. Burial was/is in the Grand Army Of The Republic (G.A.R.) Cemetery in Snohomish, Snohomish Co., WA.