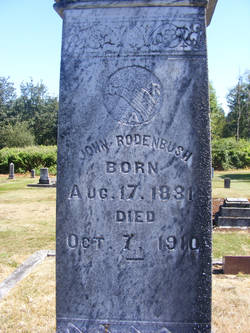 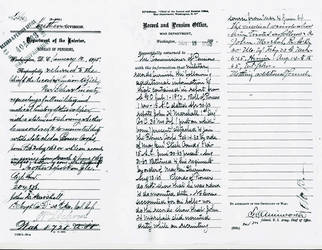 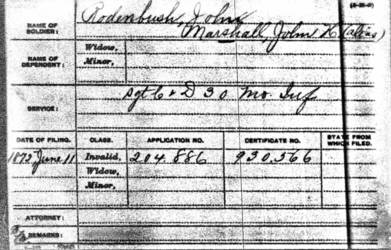 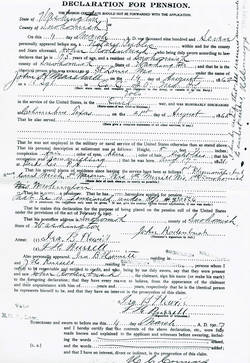 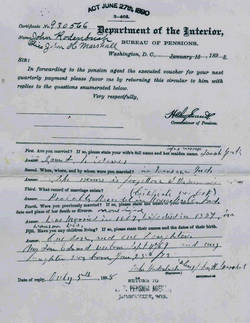 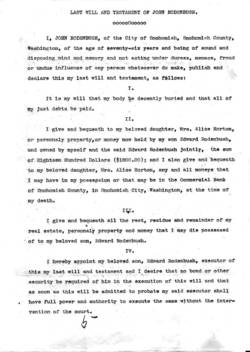 The 30th, a three-year “western theater” regiment, came into existence in the fall of 1862 via the combination of companies from two units then under formation.  It almost immediately went into service at Cape Girdeau, MO.  The regiment completed the year as part of Gen. Sherman’s Yazoo Expedition.

Early 1863 found the 30th involved in the assault on and capture of Ft. Hindman in AR. Mid-year found it involved in the siege and assaults on Vicksburg and Jackson, MS.  Garrison duty at Vidalia, MS followed.  The opening of 1864 had the 30th repulsing Confed. General Camille A.J.M.  Polignac’s attack on Vidalia.

Movements in and out of Vicksburg then preceded transfer to Port Hudson, LA and on to TN and AR.  During the latter part of ’64 the regiment was consolidated into a four company Battalion. 1865 dawned with the 30th moving into AL for the siege of Mobile.  In April the regiment occupied that city.

In June the regiment moved to Galveston, TX and, in early July, on to Columbus. Final muster and discharge soon followed.

NOTE: The original birth – to – death biographical profile of John Rodenbush was created during the early year of the Civil War Veterans Buried In Washington State project. As a result, it was limited in both size and the availability of research resources.

The biography which follows was written in May, 2019. While it features many more details than its predecessor, it does not contain the depth of more recent additions to this website which draw heavily upon military, pension and other veteran-related documents housed in the National Archives in Washington, D.C.

John Rodenbush was born 8/17/31 in Berks County, Pennsylvania in the southeast corner of the state near Reading. All that is known about his birth family is that his father’s name was John W. Rodenbush and both of his parents were German born. No information has been found about possible siblings.

In 1862 when John responded to his country’s call to arms, the 5’7” blue eyed “saw miller” was above average in age for a Civil War soldier.  While records are silent as to why he volunteered, they are clear on the fact that he entered the military under the name of John H. Marshall. Why the charade?  Available documents do not provide an answer to that question.

During the winter of 1862/63 it appears Sergeant Rodenbush/Marshall was serving detached duty in the Pioneer Corps, a construction arm of the Army.  At some point in this assignment he was returning from a scouting trip when he was thrown from his horse and received a herniated rupture to the groin. It was this injury that would later result in the veteran soldier receiving a U.S. Government disability stipend that amounted to $20 per month at the time of his death.

Following The War, John settled in Plymouth, IN and then Canal, MI.  In 1867 he married Sarah W. York (b. ca. 1852 TN). The U.S. Census for 1870 found the couple residing in Polk Marshall Co., IN. There John was once again employed as the head sawyer in a mill.

By 1880 the Rodenbush family had quitted Indiana in favor of Michigan. The census for that year found John, Sarah and their two children residing in Coral Montcalm Co. where, once again, John was employed in a mill as a sawyer.

Sarah died on 4/25/86 in Wausau Marathon, WI.  No details are available pertaining to her death.

John was to reside in one additional WI location before moving west to Snohomish, WA. That Wisconsin locale was Merrill located in Lincoln Co. In 1895 John was the head of a household he shared with son Edward. In 1900 he was residing in the home of married daughter Alice, her husband and young son. In 1900 John listed his occupation as the same as his son–in–law, that being a dry goods dealer.

Exactly when John arrived in the Puget Sound area of western Washington is not known. By 1905, however, he is listed in a census for Snohomish, Snohomish Co. Most likely he moved to Snohomish to be near the family of his son who was manager of the Snohomish Milk Condensery. In fact, by 1910 he was living in the home of his son.