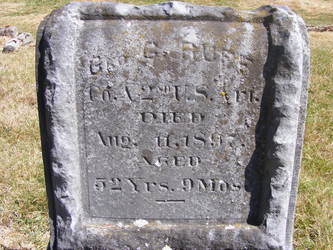 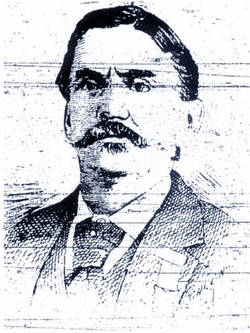 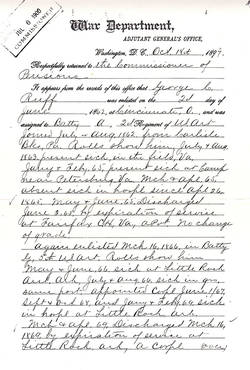 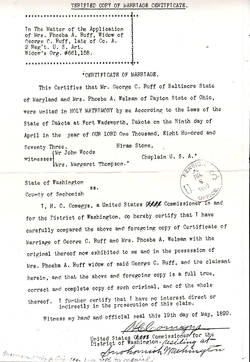 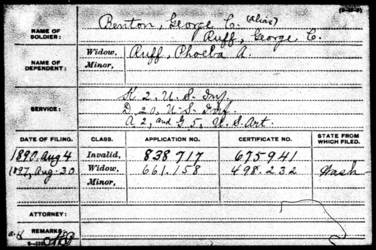 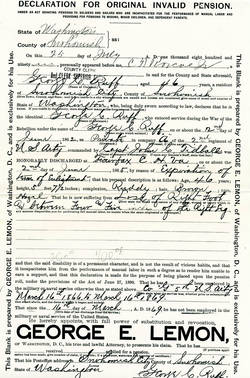 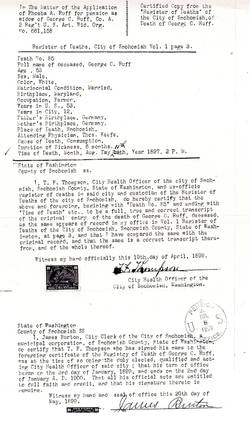 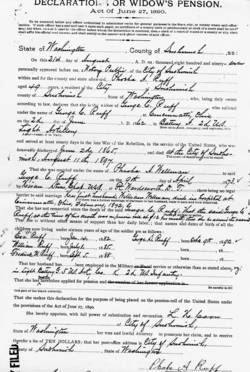 *Note: George Ruff would serve in four regular army units: 2 artillery and 2 infantry. As only his first term of service encompassed the War of The Rebellion that first unit, alone, is being highlighted herein.

During the Civil War an infantry or cavalry regiment could generally expect to serve together as an entity. Such was not the case with artillery regiments whose companies/batteries (6 cannon) seldom if ever came together as a whole. As such, here we are considering the history of company/battery “A” rather than the entire 2nd U.S..

A “regular” rather than a “volunteer” army unit, the 2nd’s Battery A was in existance prior to the outbreak of hostilities in the War of the Rebellion. Although stationed at Washington D.C. one of the battery's first Civil War-precursor assignments was a 1/61 expedition to the relief of Fort Pickens in Florida.

As an element of the Army of The Potomac Battery A was active in a “Who’s Who” listing of that Army’s battles from Bull Run through Appomattox Court House. With wartime service behind it, after participating in the 5/23/65 Grand Review the unit once again returned to duty at Washington D.C.

NOTE: The oiginal birth – to – death biographical profile of George Ruff was created during the early years of lthe Civil War Veterans Buried In Washington State project. As a result it was limited in both size and in terms of available research resources.

The biotgraphy which follows was written May, 2019. While it contains more details than the original it still lacks the depth of recent additions to this website which draw heavily upon veteran-related military, pension and other documents housed in the Nationa Archives in Washington, D.C.

George C. Ruff was born 11/14/44 in Baltimore, MD to parents of German heritage.  Few details are available on his birth family or formative years.  He received a “common school education.”

Although the teenaged warrior entered the War of the Rebellion with a unit that saw extensive battle field action, the farmboy-turned-artilleryman appears to have fulfilled his period of enlistment without serious consequence although in July/August, 1863 he was listed sick in Virginia.  Also, in January/February, 1865 he was again sick in camp near Petersburg, VA.  Finally, he was reported as “sick in hosp.” in late April, ’65.

It seems likely 5’ 71/2 “, blue eyed George returned to the farm following his discharge from the army.  However, within a few short months he had reenlisted in the regular army, serving on this occasion with the 5th U.S. Artillery’s Battery G.  In the post war military he was apparently stationed for some period of time at Little Rock, AR where he was noted as “sick” on several occasions.  George left this period of his military tenure behind in March, 1869.  At discharge he had attained the rank of corporal.

What George did for the next two plus years is not documented.  However, on 9/21/71, at 26 years of age, in Balitimore, MD he once again became a professional soldier signing on for a hitch of five years.  On this occasion, however, he joined the infantry (20th U.S. Co. “D”) rather than the artillery and, his name at enlistment was given as George C. Benton.  Why the change? Available documents are silent on the matter.

George C. Ruff a.k.a. Benton was discharged from the 20th Infantry on 9/21/76.  He remained a civilian only until 4/11/77 when George C. Benton, at Kenford, KY, once again donned the Union blue with Co. K of the 2nd U.S. Infantry.  While no details are available on this five year enlistment, during this period he was likely involved in an incident which cost him his right foot and “between four and five inches of his right leg.”

His military years behind him by 1885 George and Annie had moved to Seattle King Co., WT. What had drawn them to the Puget Sound region of the Pacific Northwest is not known. His occupation at the time was noted as “laborer.”

By 3/10/86 George and Annie had moved northward from Seattle and settled in Snohomish Snohomish Co, WT.  There George was employed as the yard keeper and salesman for the Blackman Bros. Mill.  When the mill burned Mr. Ruff sought employment with the Snohomish Mfg. Co. In the mid 1890’s he ran for the position of Snohomish County Auditor on the Democratic ticket and “was elected by a large majority.”

In the spring of 1897 professional soldier, sometimes farmer and Snohomish Co. auditor George C. Ruff contracted consumption (tuberculosis).  Six months later, on 8/11/1897, he died at the age of 53.3 years.  At death he was receiving a $12 U.S. Government disability pension stipend based on injuries or illnesses which traced back to his days of Civil War and post-war soldiering.

Today George’s final resting place is the Grand Army Of The Republic (G.A.R.) Cemetery in Snohomish.  He was originally buried in another location, but Annie later sold property they owned to the Snohomish G.A.R. post.  In 1898 this land became the Grand Army of The Republic Cemetery and George’s remains were removed to their present resting place.

Annie died 9/23/07.  At death she was receiving an $8 per month government payment based on her late husband’s military disabiiity.  She is buried beside George.