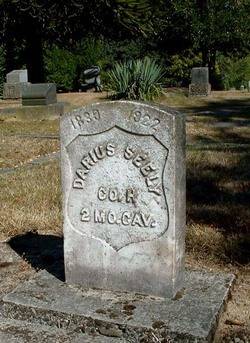 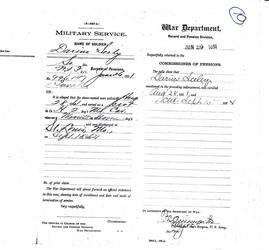 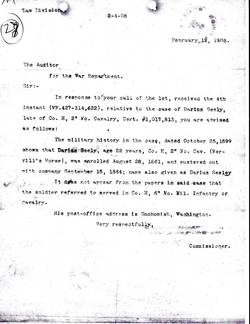 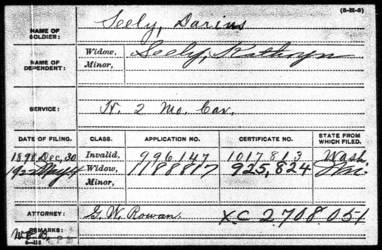 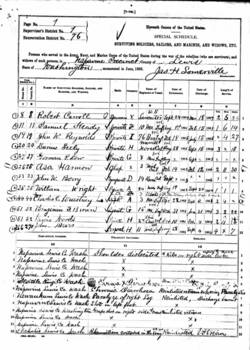 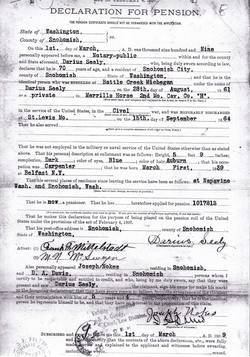 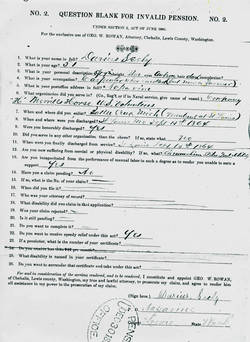 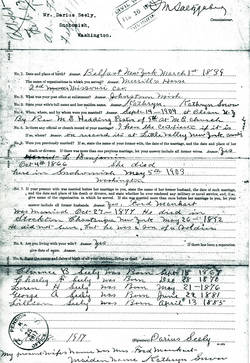 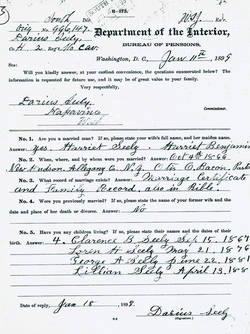 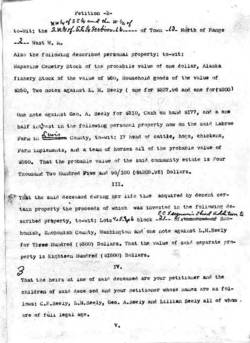 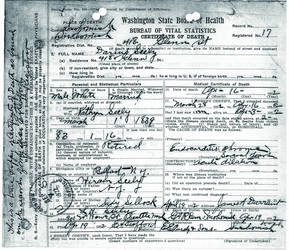 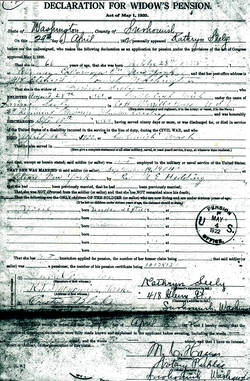 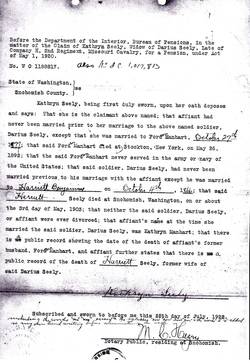 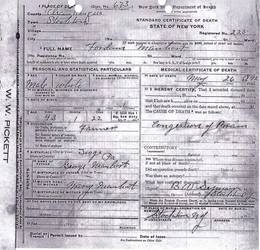 The 2nd a three-year western theater regiment, dubbed “Merrill’s Horse”, was organized by Capt. Lewis Merrill of the 2nd U.S. Cavalry, acting under authority of Union Gen. John C. Fremont.  In September 1861, before it was fully organized and equipped, the regiment was called into service at Springfield, Missouri to repel a Confederate force invading the southwest portion of the state.

While the 2nd would see four years of hard service, one source notes: “Lack of reports on the part of regimental officers renders it impossible to give an authentic account of its brilliant services” against both regular and irregular Confederate forces.  (An internet database personnel roster lists the names of only three members of the 2nd.  Darius Seely is not one of the three!)

Poor record keeping aside, the 2nd ranged from Missouri, into Arkansas, Tennessee and Georgia.  In June 1865 the 10th MO Cavalry was consolidated with the 2nd and concluded its career escorting trains from Chattanooga, TN to Atlanta, GA.

NOTE: The original birth – to – death biographical profile of Darius Seely was created during the early years of the Civil War Veterans Buried In Washington State project. As a result, it was limited in both size and the availability of research resources.

The biography which follows was written in May, 2019. Although more detailed than its predecessor, it suffers from a lack of depth found in more recent additions to this website which draw heavily upon veteran – related military, pension and other documents housed in the National Archives in Washington, D.C.

When the War of the Rebellion began in 1861 5’9” Darius was residing in Michigan. There, he was working as a carpenter.  Why, when he responded to his country’s call for volunteers to quell the Rebel uprising, he enlisted in a Missouri regiment is not known.

Darius’ period military service appears to have been fairly benign.  Only three factors stand out: one, his surname came to be spelled Seeley as well as Seely;  two, he served an unidentified period of detached service at the end of his enlistment; and   three, he appears to have been absent from his unit on at least two occasions in early and mid-1864 because of illness.

The War behind him, Darius returned to the county and state of his birth.  There on 10/1/66 in the community of New Hudson he married Harriet Benjamin (b. ca. 6/45 Black Creek, NY). In 1870 the Seelys were farming in New Hudson, NY.

As denoted by the birth states of four of the Seely children, sometime after 1867 or ’68 Darius and Harriet moved from New York to Kansas. What prompted the move and exactly when it occurred are not documented. In 1880 their Kansas community of residence was Lincoln located in Reno County.

The Sealy’s remained in Kansas until sometime after the U.S. Census of 1880 then headed west to Washington Territory. In Washington they first settled in the community of Napavine Lewis Co. Around 1903 they moved north of there to Snohomish City located in the county of the same name.

In 1890 Darius applied for a U.S. Government disability pension based on claims of “rheumatism, piles, and general debility” stemming from his Civil War soldiering days.  Later complaints would include deafness, loss of teeth and heart problems. At some point a pension was granted. At death his stipend amounted to $30 per month.

On 5/5/03, not long after reaching Snohomish, Harriet Seely, age 45, died of undisclosed causes. She was buried in the Grand Army Of The Republic (G.A.R.) Cemetery in Snohomish.

On 9/14/04 in New York State the now 65-year-old Darius remarried to the previously wed Kathryn (nee Snow b. 1853 or ’57 NY) Manhart.  Kathryn was the first Mrs. Seely’s cousin.  Katheryn brought no children into the marriage and she and Darius produced no children of their own. They settled in Snohomish, Snohomish Co., WA.

Darius Seely, one time carpenter, cavalryman, farmer and – finally gardener -  died in Snohomish, Snohomish Co., WA on Easter Sunday, 4/16/22.  Cause of death was heart problems.  His Everett Herald newspaper obituary read, in part, as follows:  “Darius Seely…. Died at 1:30 Sunday afternoon at his home 418 Glen Street. He had been ill for some days but had planned to attend the Easter service at the church in the evening.  Mrs. Seely attended the morning service and had finished telling him of the meeting when Mr. Seely attempted to rise from his chair.  He fell over dead.”  Darius was aged 83 years and one month. Burial was/is beside Harriet in the Grand Army Of The Republic (G.A.R.) Cemetery in Snohomish.

By the late 1940’s Kathryn was residing with and being cared for by her stepson Clarence, in Olympia, WA.  With the onset of the 1950’s she was confined to a rest home where she died on Thanksgiving Day, 1953 at the age of 98 years.  At death she was receiving approximately $50 per month based on her second husband’s Civil War soldiering. She was/is buried beside  Darius in the Snohomish G.A.R. Cemetery.