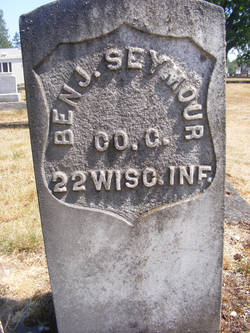 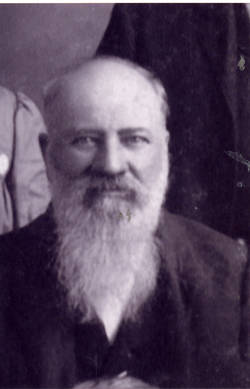 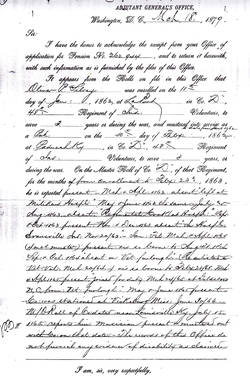 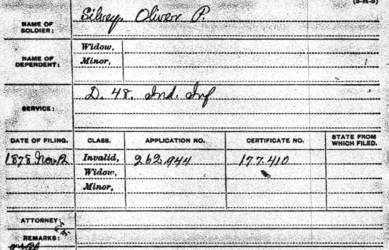 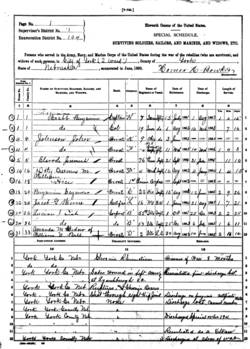 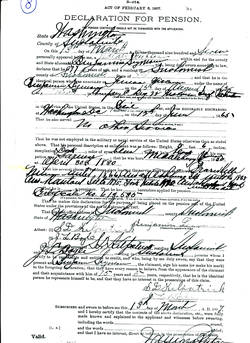 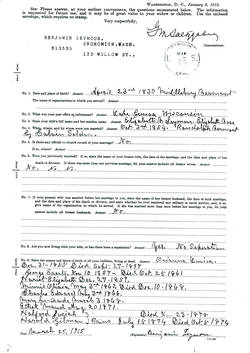 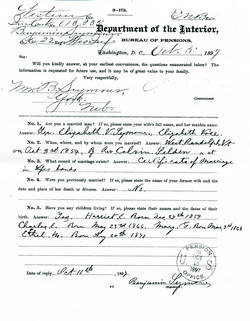 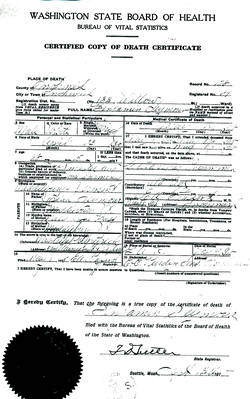 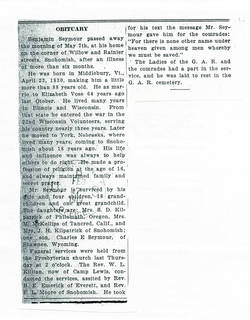 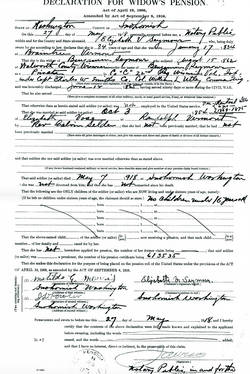 This three-year “western theater” regiment left the state shortly after Federal muster and proceeded to the defense of Cincinnati, OH which was under threat of Confederate attack.  Moving from Ohio to Kentucky, the 22nd performed guard duty at Nicholasville before heading for Danville where it scoured the countryside in pursuit of the enemy.

1863 found the 22nd in Tennessee.  There it would forage, skirmish and guard railroads.  During one of the latter duties a number of men were captured by rebel troops and whisked off to Richmond before being exchanged.

In May 1864 the regiment left Tennessee to take part in Union Gen. Sherman’s Atlanta campaign.  On the way to Atlanta the regiment fought its first real battle at Resaca, GA.  This action cost the 22nd 11 killed and 64 wounded.  From Resaca the 22nd moved into fighting near Dallas and skirmishes around Kennesaw Mtn.

The regiment received high praise for their “unflinching bravery” at Peachtree Creek.  Atlanta having fallen, the 22nd encamped in the city until 1/1/65 when it joined the Union movement north to Richmond.  Along the way it fought in the battles Averasboro and Bentonville, NC.  Participation in the Washington D.C. grand review preceded final muster.

NOTE: The original birth – to – death biographical profile of Benjamin Seymour was created in the early years of the Civil
War Veterans Buried in Washington State project. As a result it was limited in both size and available research resources.

The biography which follows was written in May, 2019. Although it is more detailed than its predecessor it lacks the depth of more recent additions to this website which draw heavily upon veteran-related military, pension and other documents housed in the National Archives located in Washington, D.C.

As noted by the birth states of Josiah’s and Mary Jane’s children, at some time point  between the birth of Benjamin (1830) and the birth of John (1835) the Seymour family quitted Vermont in favor of Illinois. Exactly when and why the move was made is not documented. As of 1850 the Seymours’ Illinois community of residence was Big Grove located in Kendall County.

One documented notation pertaining to Benjamin’s teenaged years reads as follows: “He made a profession of religion at the age of 16.”

As of 1860 Benjamin and family were residing in Ottawa Lasalle Co., IL, By the summer of 1862 when the 5’6”, darkly complexioned farmer enlisted in the U.S. Army they were living in or near Geneva, WI

Private Seymour’s nearly three years of service appear to have been primarily influenced by liver disease, which he contracted at Danville, KY in January, 1863. He suffered as well from back and kidney problems which beset him late the same year in Knoxville, TN.  These and perhaps other ailments would result in his spending time in military hospitals on a number of occasions.  Perhaps it was the amount of time he was spending in the hospital that prompted his being detailed as a nurse in one Danville facility.

Separated from the army Benjamin returned to Wisconsin.  He and his family remained there until 1866 when they removed to Illinois.  In 1870 the Seymours were living in Rantoule Champaign Co., IL. There, Benjamin was the town’s postmaster. While in Illinois the Seymour family lived in two locations.

In 1875 the Seymours removed from Illinois and took up farming  in York Co., Nebraska.  It appears that while in York Co., they may have lived in at least three locations. In 1880 they were noted as residing in just York Co., However, by 1885 they were in or near the community of Baker. Finally, as of both 1890 and 1900, they were identified with the community of York in the county of the same name.

From Nebraska the Seymour family moved to Snohomish, Snohomish Co, Washington. Exactly when the move was made is not known, but by 1910 their community of residence was noted as Snohomish Ward Three.  The move was most likely made in order to be near families of their adult children living in the area. In Snohomish the aging veteran “served as postmaster and did “some farming.”

88.0-year-old Benjamin Seymour died at home on 5/6/18. Cause of death was listed as: pneumonia.  His obituary noted: “His life and influence was always to help others to do right.” At death Benjamin was receiving a $30 monthly U.S. Government disability stipend based on ailments or other conditions which traced back to his days of Civil War soldiering.

Benjamin   was survived by his wife, three daughters and son Charles. Burial was/is in the Grand Army Of The Republic (G.A.R.) Cemetery in Snohomish, Snohomish Co., WA.

Following Benjamin’s death Martha continued to live in Snohomish.  She died 3/10/28 “while walking to the front door of her home to hand a letter to her postman.  The postman contacted her daughter, Mrs. J.H. Kilpatrick who lived next door.”

Aged 94.1 years at death, Martha was receiving a $50 per month stipend based on her late husband’s Civil War pension.  She was/ is buried beside Benjamin in the G.A.R. Cemetery.