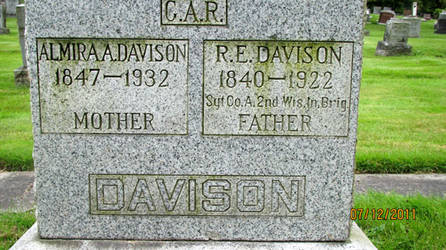 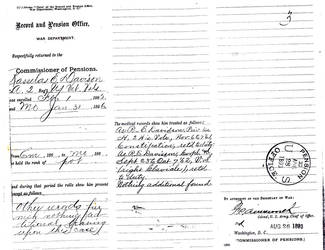 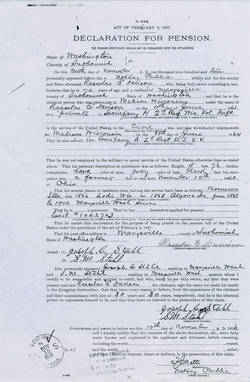 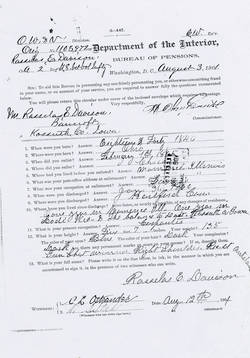 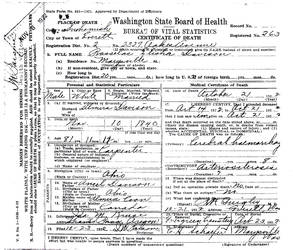 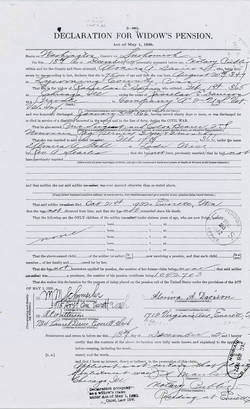 Leaving the state of Wisconsin in 6/61, this eastern theater regiment was the first 3 year unit to appear in Washington, DC.  At 1st Bull Run the 2nd bore the brunt of a determined attack by Confed. Gen. Thomas J. “Stonewall” Jackson’s entire division and lost 30 killed, 125 wounded and 65 missing.

The battle list for the 2nd during 1862 included South Mtn. and Antietam, MD plus Fredricksburg, VA.  1863 found the regiment at Chancellorsville, VA and Gettysburg, PA.  As one of 5 regiments composing the famous “Iron Brigade” whose broad brimmed black hats became synonymous with stubborn, gallant fighting, losses suffered by the 2nd were greater than any other regiment engaged in the Civil War.

As such, by 5/11/64 the 2nd was so decimated that it was permanently detached from the brigade and employed as a provost guard (military police) unit.  In 7/64 after original enlistees were sent home, remaining members of the 2nd were organized into a two company battalion which was returned to provost duty, but also took part in the advance upon and assault on Petersburg, VA.

Later it fought at Hatcher’s Run.  On 11/30/64 the two companies were transferred to the 6th Wisconsin where they remained until final muster.

Late in the fall of 1864 the U.S. War Department decided a new army corps should be raised in which the privates, non coms and commissioned officers were to consist of able-bodied men who had already honorably served not less than 2 years and therefore were not subject to the draft.

The term of enlistment was fixed at one year but some men enlisted for three.  An unusual provision of enlistment was that at honorable discharge each recruit who had “preserved’ his issued firearms during the entire period of service could keep them.  Ten regiments-one engineer and 9 infantry- were subsequently raised/organized as the 1st or “Hancock’s” Corps because Maj. Gen. Winfield Hancock, was designated it’s commander.  Before the Corps fully came together the Confederacy collapsed and the war was over.

Even so, most of the enlistees were held to service until their terms of enlistment expired.  The 2nd U.S.V.V., until 6/65 was attached to the 2nd Brigade, 1st Division, 1st Veteran Corps.  After 6/65 it was assigned to the District of NY, Department of the East.

Rasselas E. Davison was born 11/10/40 in Bastard, OH to Joseph and Alma (nee Coon) Rasselas.  No additional information is at hand pertaining to his birth family, childhood formative or teenaged years.

The 5’7 ½ “ dark complexioned Rasselas listed his occupation as “farmer” when he enlisted in the U.S. Army. Private Davison adapted well to army life. He rose through the rank of corporal to that of sergeant, a designation which saw him carry the regimental colors.  Beyond the rise in rank the only other notations pertaining to his period of service included being medically treated for constipation and an injured right clavicle (collarbone).  According to one informational source, that latter like stemmed from a wound received 9/17/62 during the battle of Antietam, MD.

The Davison’s remained in Momence for one year then moved to Lodi, WI.  In 1867/’68 they left Lodi for Algona, IA where they remained until 1902.  During this period Rasselas listed his occupation as “carpenter.”  In 1902 the family traveled westward and settled in the Puget Sound community of Marysville, WA.  As is often the case, why the family came to the Pacific Northwest is not documented.  In many instances it was to be near family of adult children.

In this case, however the move may have been encouraged by a brother or brothers of Almira who also lived in the Marysville, area.  Rasselas Davison, farmer, Civil War soldier and carpenter died 10/21/22 at the age of 81 years and 11 months.  Cause of death was listed as cerebral hemorrhage (stroke) and arteriosclerosis (hardening of the arteries).

At death he was receiving a $50 per month U.S. Government invalid pension based on his soldiering years.  Following Rasselas death Almira applied for and likely continued to receive at least a portion of her late husband’s pension.  She died of a coronary (heart attack) 1/13/32 in Everett, WA.  She is buried beside Rasselas.