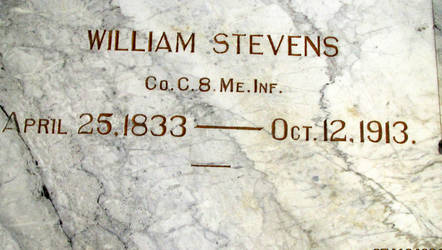 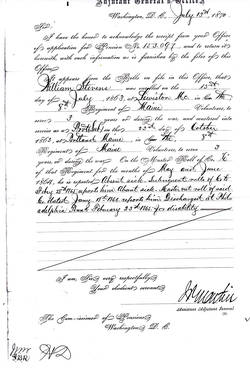 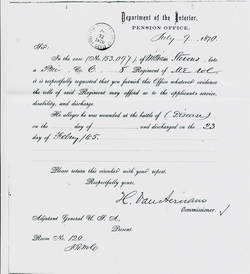 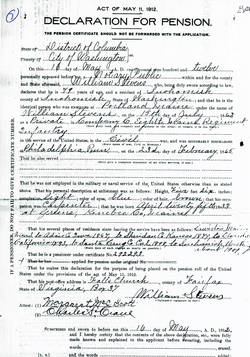 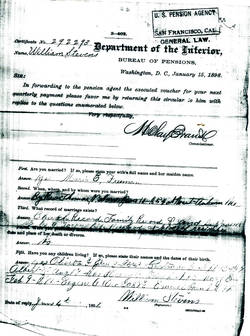 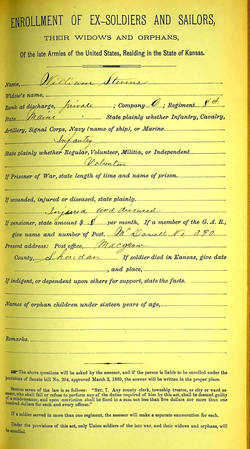 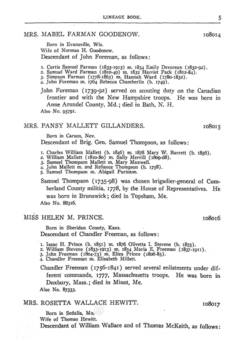 The 8th, a three-year unit, was organized from companies recruited in different parts of the state.  Its 770 enlisted men left the state on 9/10/61 to become part of Gen. T.W. Sherman’s expedition which, the next spring resulted in the attack upon and capture of Fort Pulaski, one of the defenses of Savannah, GA. During this campaign the regiment suffered greatly from sickness and diseases contracted in the southern climate.

As a result for the most part until spring, 1864 the 8th was employed in guard duty at Hilton Head and Beaufort, S.C. and at Jacksonville, FL.  Its ranks replenished by the addition of nearly 200 drafted men (who proved to be excellent soldiers), in 4/64 the unit was transferred to Bermuda Hundred, VA where it took part in all the active operations of the Army of the James.

NOTE:  The original birth – to – death biographical profile of William Stevens was created during the early years of the Civil War Veterans Buried In Washington State project. As a result it was limited in terms of size and the availability of research resources.

The biography which follows was written in July, 2019. Although more detailed than its predecessor, it lacks the depth of more recent additions to this website which draw heavily upon veteran-related military, pension and other files housed in the National Archives located in Washington, D.C.

As best as can be determined from available U.S. Census data William was the eldest of four children. Siblings younger than he were: Thomas (b. 1836 ME), Olive (b. 1842 ME) and Cyrenus/Cyrenius (b. 1844 ME). By 1850 at the age of 17 years William had established himself occupationally as a shoemaker.

As noted by the birth states of the children, William and Maria did not spend their entire lives together in Maine. Although their first child was reportedly birthed in Massachusetts, it is impossible to say whether they were living in Massachusetts in 1855 or, since her parents were from that state, Maria chose to have her first child born in their home or the home of another relative. By 1860, however, the Stevens were definitely residing in Lewiston Androscoggin Co., ME.

In mid-1863 the 5’6”, blue eyed William - then indicating his occupation to be carpenter – entered the U.S. Army. Available documents are unclear as to whether he was drafted or enlisted as a paid “substitute” for a draftee.

Although Private Stevens’ unit was very active in terms of combat experiences his personal physical problems connected with his period of service were illness related.  As such, in early 1865 he was granted a medical disability discharge. Later, when applying for a U.S. Government disability pension he would note that in the line of duty at Beaufort and Petersburg in South Carolina and Virginia from 12/63 to 5/64 he contracted chronic rheumatism, stricture of the urethra and heart disease which prevented him from performing any hard labor following discharge.   A pension was granted as, at the time of his death, he was receiving a $27 per month stipend.

Leaving the military Pvt. Stevens returned to Maine.  However, by 1867 he and his family were in Iowa, their address in 1870 being Lincoln located in Adair Co. There William listed his occupation as farmer.

By 1879 the Stevens family was in Kansas. Their 1880 address was Township 6 Range 27 in Sheridan Co. There, again, they were farming.

As of 1893 the family had moved westward to California. The census of 1900 found carpenter William and family in San Lorenzo located in Santa Cruz Co.

“Around 1909” William and Maria traveled northward to Snohomish, Snohomish Co., WA. There the U.S. Census for 1910 found them farming in that community’s Ward 1.

Maria died in Snohomish on 7/23/11. Details of her passing are not known. She was/is buried there in the Grand Army Of The Republic (G.A.R.) Cemetery.

After his wife’s death William remained in Snohomish. He died there on 10/12/13 at the age of 80.5 years and he was/is buried in the (G.A.R. Cemetery beside Maria.