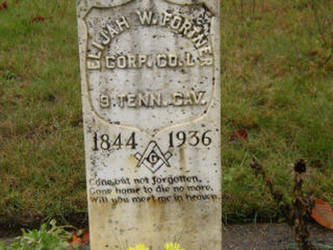 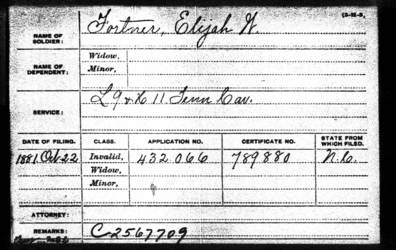 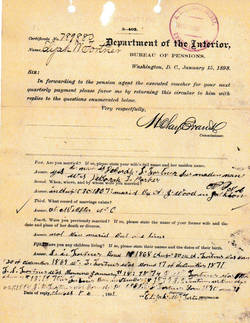 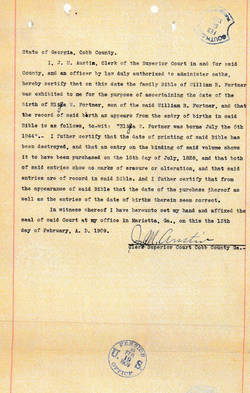 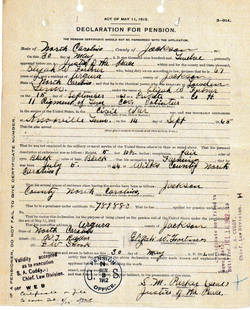 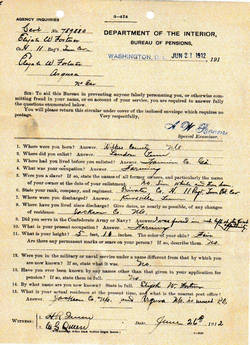 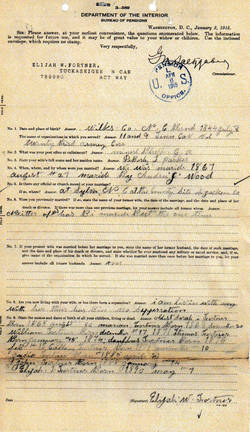 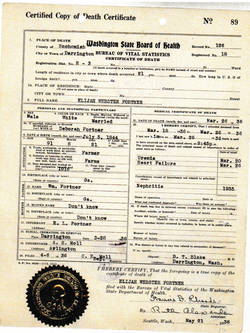 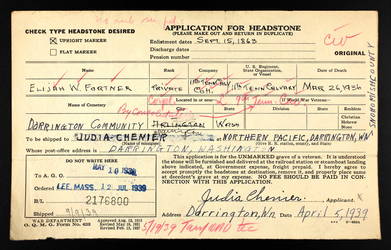 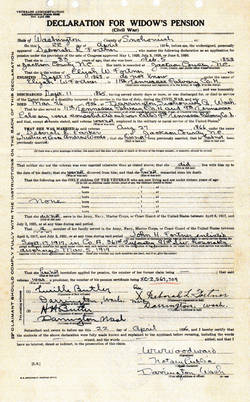 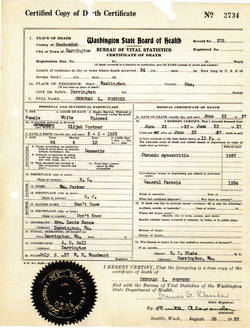 This Confederate "state" military organization first emerged about 12/10/61 as a five company battalion. Two additional companies were added circa 2/15/62. About 5/19/62 the regiment was completed with the addition of five more companies. Initially a one year regiment, within months of being organized the newly formed CSA government assimilated the 39th and lengthened its term of service to three years.

As of 2020 no regimental history has been located for this western theater unit. Beyond its founding, all that is known about its tenure is that it was mustered out of existence in early May, 1865.

Recruiting for this western theater regiment was begun during the summer of 1863 in Kentucky where the greater portion of five companies were raised. By 10/21/63 all of the companies except "M" had been organized and filled. The regiment remained in Knoxville until after the siege of that city then moved into eastern Tennessee.

The 11th performed scouting duties along the Tennessee/Virginia border until February, 1864 when almost the entire command was captured by the enemy. The portion of the regiment not captured remained in eastern Tennessee until, by war department orders, it was consolidated with the 9th Tennessee Cavalry

The 9th, a western theater regiment was organized from Tennessee refugees at Camp Nelson Jessamine Co., KY during the early part of 1863. After participating in the capture of Cumberland Gap, TN June 18, 1862 it escorted Rebel prisoners to Lexington, KY. Returning to Knoxville, TN it remained there until after the siege of that city. It then, again, was detailed to escort prisoners to Camp Nelson. It then moved to Nashville, TN.

About May 1, 1864 the 9th was stationed in Gallatin, TN. It remained there from that time until August when it was constituted as part of a brigade known as the "Governor's Guards.” They then entered a campaign in eastern Tennessee. During this movement a large portion of the regiment was taken prisoner at Bull's Gap Nov. 11th to 13th, 1864.

A large portion of the 11th Tennessee Cavalry having also been captured the remnants of the 9th and the 11th were grouped together and became the consolidated 9th. On 3/21/65 this organization under the command of Union General Stoneman embarked on a raid through Virginia, North Carolina, South Carolina and Georgia. Afterwards it returned to Tennessee to await final muster.

Elijah Webster Fortner was born on 7/5/44. Available documentation is unclear as to whether the birth occurred in Wilkes County, NC or Cobb County, GA, but considering where his older and younger siblings were born, North Carolina seems most likely.

Parents of Elijah were William R. (b. 1814) and Anna (nee Low b. 1811 NC) Fortner. Again, documentation is conflicting when it comes to whether William was born in North Carolina or Georgia. The Fortners were a farming family.

The U.S. Census for 1840 found the Fortners in Kilbys District Wilkes Co., NC. A decade later, in 1850, they were still in North Carolina, but by then residing in Hayword Co. Another ten years - 1860 - and another census. At the time of that tally they were in Militia District 1025 of Fannin Co., GA.

The next we learn of Elijah comes from 1/7/62 when, in Murphy, Cherokee Co., NC he was mustered into Co. "A" of the 39th North Carolina  Confederate Infantry for a period of three years. Although existing military records from the 39th indicate Elijah's entrance into the organization was voluntary, he would later claim that the enlistment was coerced conscription. He deserted the Confederacy on 9/13/63. *

Two days after his desertion from the Confederate 39th Elijah enlisted in the Union Army's 11th Tennessee Cavalry.** Here we get our first look at Elijah Fortner the physical young man.  The 19 year old farmer stood 5'7" tall, had a fair complexion, black hair and black eyes. For enlisting he became eligible for a Federal enlistment bonus or "bounty". While available documents do not enumerate that payment, likely it was $100 a portion of which - perhaps $25 or $33 + - was paid up front with the balance to come in later increments.

Private Fortner's time with the 11th seems to have been fairly uneventful. On 1/8 or 9/64 he was promoted to the rank of corporal, but - for whatever reason - by late summer or fall had once again returned to being a private soldier.

Another incident of note which occurred while with the 11th is that in late 1864 or early January, 1865 at Lenoir Station, TN our private fell from his horse and injured his right hip. In later years he would claim the injury was not treated while he remained in the military and continued to bother him throughout his life. More on this, later.

Finally, with four years of bloody civil war grinding to a close, in either January or March, 1865 the 11th cavalry was combined -"consolidated" - with the 9th TN Cav. Elijah would finish his period of enlistment with this organization.

Exiting the military for the final time Elijah returned to farm life in Jackson Co., North Carolina. He remained there until 2/8/66 when he removed to Canada Township in the same county.

On 12/16/81 Elijah began the paper chase to try and obtain a U.S. Government disability pension based on his days of Civil War soldiering. The basis for his claim was not his injured him, but chronic diarrhea, rheumatism of the knees, plus disease of the kidneys which he contracted during the siege of Knoxville, TN. Because of these debilities he was able to perform manual only half the time of a healthy adult male. However, it was none of these alleged ailments that struck pay dirt. Instead it was heart disease which, on 7/28/88 garned him a $6 per month stipend. Although over the years increases sought in the payment were rejected, he obviously succeeded, at some point, in obtaining a richer reward as, following her husband’s death, widowed Debbie was granted a substantial monthly portion of his pension stipend.

In terms of U.S. Census tallies, in 1880 the Fortner's were in Canada Township, Jackson Co., NC. There is no census information for them in 1890 because it was destroyed by fire. Likely, however, they were still in Jackson County as that was where they were, again, found in 1900. The same is true for 1910, but two years later, in 1912 they were shown as residing in Argura which is also in Jackson County. Likely they had not moved, but a community had grown up around them.

As of 4/16/15 the Fortner home would be noted in the Jackson County community of Tuckasegee. Again, was this a move or just a community name change? The answer to this question is not known. Tuckasegee would be the last address shown for the Fortners in North Carolina.

It appears that at some date in mid to late 1915 Elijah quitted North Carolina for the wilds of the small community of Darrington located in Snohomish County, Washington. What promoted the three thousand mile move is not clear. Also unclear is whether he initially made the westward trek on his own or accompanied by his two youngest sons.

Arriving in the Pacific Northwest Elijah took up farming. 1916, however, would be his last reported year to pursue that vocation.

Although Elijah and Deborah would live out their years in Darrington, for some undocumented reason, the census takers of 1920 found them not in that community, but north of there in adjoining Skagit County. In Skagit County they were living in or near the community of Mansfield with their unmarried son, Elijah. By 1930 they were back in Darrington where, amazingly, 85 year old Elijah listed his occupation as "wood cutter in logging camp."

In 1935 Elijah began to experience nephritis (kidney disease). His ailing continued into 1936 when he was beset by uremia (Uremia is the condition of having high levels of urea in the blood. Urea is one of the primary components of urine). Last seen by his physician on 3/18, former Civil War soldier Elijah Webster Fortner died on 3/25/36 at the age of 91 years, 8 months and 21 days.  Cause of passing was listed as heart failure with nephritis contributing. Burial was/is in the Darrington community cemetery.

Less than one month after her husband's death Deborah filed for a portion of her late husband’s Civil War pension. On 4/28/36 - then showing her address as Arlington, Snohomish County, WA - she was granted the rather sizable monthly stipend of $40.

Even as Deborah was receiving this significant pension stipend her health, especially her mental health, was failing. In October of 1936 she was declared incompetent and a guardian attorney was assigned to her care.

Deborah Fortner died on 6/23/37 in Darrington, Washington. The 84 year old's death was attributed to chronic myocarditis (heart trouble) and general persis. Persis is a condition typified by a weakness of voluntary movement.  Burial was/is in Darrington beside Elijah.

** After deserting from the Confederacy the three older Fortners also ended up with connections to   or service with 11th TN Cavalry, the 9th TN Cavalry or both:

William: 11/1/63 Knoxville, TN enlisted 11th TN Cavalry Co. "H". Rejected and discharged because of an undocumented disability, for some reason he was charged with desertion, but that allegation was later dismissed because he had never been mustered into Federal service. . He survived the War.