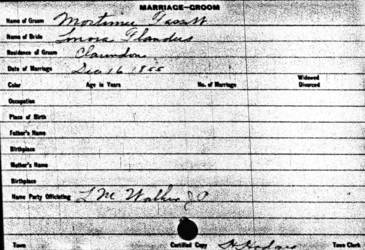 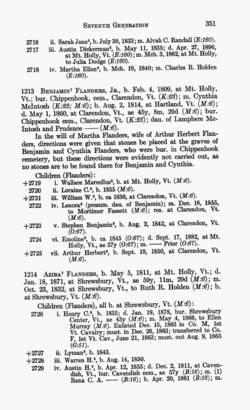 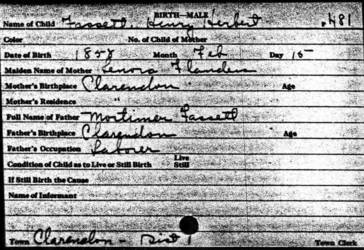 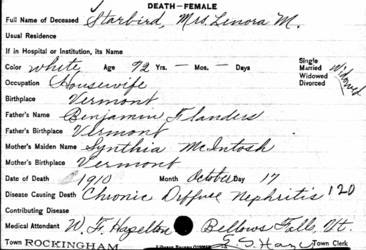 This three year truly "western" regiment was recruited from Placerville, Shasta, Auburn, and Sacramento and mustered into U.S. service in all these areas from September 21, 1861 to February 1, 1862. The unit headquarters was first located at Auburn, Placer County, California. While stationed here five companies were sent northward to Oregon replacing regular army soldiers in that state that was being transferred to eastern war zones.

From February to May, 1862 the regimental headquarters were located at Camp Union near Sacramento.  During the latter month the headquarters was again moved, this time to Camp Latham near Los Angeles where it remained until September.  It was then transferred to Drum Barracks, Los Angeles, CA, at which place it remained during the remainder of the regiment's term of service. Fanning out from headquarters locales, members of the 4th served principally in Oregon, Washington Terr, and the southern portion of California, although small detachments, for a time, were stationed in Arizona.

At the expiration of their terms of service original members of the 4th were discharged.  Those who chose to reenlist as veteran volunteers were joined by new recruits and the regiment continued in service. It was finally mustered out by detachments at The Presidio in San Francisco from November 30, 1865 to April 18, 1866.

Total enrollment for the 4th, exclusive of one company which preserved no roster was 1,639 officers and men. No loss numbers from disease, accidents and combat situations is available.

While Mortimer's parentage has not been specifically documented, his father may have been Ira Fassett (b. 1819); his mother Julia A. (b. 1821 No nee) Fassett. He likely had at least one sibling, a sister named Alphonsine. Nothing is known about his childhood, formative or early adulthood years.

Available records are unclear pertaining to whether Mortimer deliberately abandoned his wife and young son or set out for the gold fields of California and just decided to never return east. Whatever the circumstances it appears that as of 1860 he - using the surname Faust - was a laborer in Greenwood Township, El Dorado County, California.

Mortimer’s next documental sighting is from 9/18/61 in Volcano, Amador County, California when he enlisted in the U.S. Army. Apparently, with gold fever winding down in that part of the state the offerings of army service enticed many males to enlist and fight for the Union. Private Fassett's unit of service was Company "D" (The Volcano Blues) of the 4th California infantry. Members of the 4th have been characterized as being slightly older than the typical 27.5 year old American Civil War combatant. Further, they were "hard laborers, hard fighters and hard drinkers."

Corporal Royal A. Bensell, another "Volcano Blue" kept a diary during his term of service (1862 - 1864) that mentions Private Fassett as one of a number of soldiers detailed to arrest a drunken Indian, "Tualatin Dave", an escaped "jail bird" and recent murderer of a white woman: "He was knocking things around generally, having scared away all his neighbors with a huge knife. A blow from FASSETT'S paw quieted his excitement."

Desertions were a constant problem for the U.S. Army; especially in the far west where there was none of the "glory" eastern comrades were experiencing fighting Johnny Reb. Instead, post routines - such as those at Fort Yamhill, OR where Private Fassett was stationed in 1862 - were dull and uninteresting with most days filled with drilling and more drilling from which even minor mistakes could land a soldier in the guardhouse or worse. Such was apparently the scenario which led Private Fassett and sixteen others to the guardhouse where many requested and awaited court-marshal (army trial) proceedings in which they could plead their case of innocence. Private Fassett and another soldier chose not to await such formalities. Instead, on 12/12/62, they "deserted their post and country."

Exactly where Mortimer went after deserting the army is not documentally known. While there is speculation that he may have made his way northward into Canada, in truth his whereabouts are completely unknown between 1863 and 1869. As a side note, in 1864 - during this "blackout" period - Lenora Fassett was granted a divorce from Mortimer. She subsequently remarried to Joseph Starbird.

1870. The War long over, the mid-year U.S. Census for that new decade found Mortimer in Coupeville, Whidbey Island Co., Washington Territory. In that tally his vital statistics were noted as follows: age 44; male; white; farmer; U.S. citizen; born VT. Owner of the property on which he was residing was one Philula Bradley: age 40; female; white; keeping house; born Canada. The census does not indicate the two were married.

While no details are available, it appears sometime during the decade of the '70s Mortimer and, likely Philula, departed Whidbey Island and made their way to Snohomish County on the Washington Territorial mainland. There they died and were buried in the Mukilteo Pioneer Cemetery.

Today, Mortimer's burial in the old cemetery is marked with a bronze plaque which reads [note surname spelling] "Mortimer Fasset, U.S. Soldier." The plaque dates from 1987. Its placement location does not reflect the actual gravesite.

The grave thought to be Philula's is catalogued only with the surname Bradley. It is not marked within the cemetery grounds.