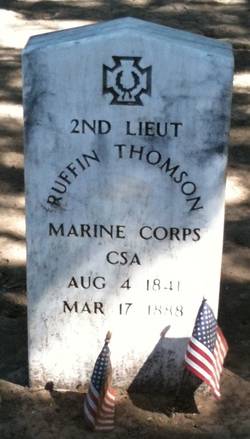 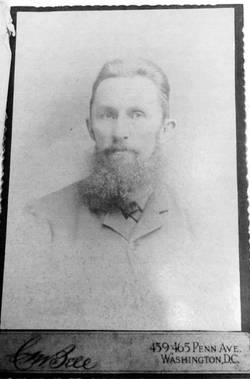 The 18th began its life as a one year regiment, but ultimately served all four years of the American Civil War. During its existence it was stationed and saw action in both eastern and western combat theaters. While no concise history of the regiment has been found, the locales where the 18th was stationed and/or fought reads like a "Who's Who" of Civil War locations throughout Virginia, Kentucky, Tennessee, Mississippi, Maryland and Pennsylvania (Gettysburg).

The Confederate States Marine Corps (CSMC) was a branch of the Confederate States Armed Forces during the American Civil War. The CSMC's manpower was initially authorized at 45 officers and 944 men, and was created on 9/24/62 to 1,026 men. That manpower level, however, was never achieved because of recruiting difficulties. The Corps hierarchial structure included several lettered companies and numerous shore-based and shipboard contingents.

The majority of the land-based CSMC "field battalion" surrendered 4/7/65 at Saylor's Creek, NC. Most of the remaining troops surrendered with the Army of Northern Virginia on 4/9/65 at Appomattox, VA. Sea-going contingents were surrendered at various times along with the CSA Navy vessels on which they served.

NOTE: The photograph accompanying this article is courtesy of the University of North Caroline Chapel Hill’s Wilson Library. While it contains no identifying name, the fact that it is found in the files of Ruffin Thomson’s correspondence and other papers within that library, leads one to believe it is the likeness of Ruffin himself.

Ruffin Thomson was born on 8/4/41 in the state of Mississippi. His namesake may well have been Ruffin Thomas, a lawyer and Chief Justice of the state of North Carolina which whom our Ruffin's father was acquainted.

Likely Ruffin's birthplace was in Hinds County. That was where the 1850 U.S. Census documented the Thomson family as being in residence.

Based on available data, Ruffin was the second of four Thomson children and the only male child born into the Thomson family. His older sibling was Brinda/Bremda A. (b. 1834 TN) Thomson. Those younger than he were Clara (b. 1844 MS) and Susan Ellen (b. 1846 MS).  As noted by the children’s' birthplaces, at some point in time between 1834 and Ruffin's birth in 1841 the Thomson’s had quitted the state of Tennessee in favor of a new home in Mississippi.

The census for 1860 placed the Thomson family in or near the Hinds County, MS community of Spring Ridge. In Dr. Thomson's household at the time were wife Hannah and children Ruffin and Ellen. Boarding with the family was a 29 year old stage driver named Sam Thum.

While no specific details are available pertaining to young Ruffin's childhood and formative years, obviously he was an educated young man as by 1858/'59 he was a student at the University of Mississippi. Interesting is a March, 1859 notice that he was suspended  from that institution of higher learning for possessing and discharging a pistol on campus.

The following school year Ruffin entered the University of North Carolina and studied there until sometime in the spring of 1861 when he dropped out of school and joined the Confederate Army. His unit and regiment were company "H" (Dubbed Brown Rebels because the unit had been recruited by Capt. Albert G. Brown) of the 18th Mississippi Infantry.

Lacking actual military service documentation, information on private Thomson's term of service with the 18th is conflicting. On the one hand, one source indicates he remained an enlisted member of that regiment until July, 1864 when he accepted a commission as in the Confederate States Marine Corps (CSMC). On the other, there is evidence that in 1861 while stationed before Manassas, VA he contracted a severe case of the measles because of which, in June,  he was transferred to Orange County Court House to recuperate, but was subsequently granted a medical discharge.

If private Thomson was discharged from the Confederate Army, it appears he returned to the 18th - likely on a volunteer basis - and during 1861 and '62 continued to serve his old unit by delivering supplies. Letters written by Ruffin to his father –whom he addressed as "Pa" - during this period reflect these efforts taking place in camps throughout Virginia. The letters also reflect his plans to reenlist if he found he was strong enough to endure camp life.

1863. There is some lore that claims Ruffin was wounded during the July 1 - 3 battle of Gettysburg, PA. His letters during this period make no mention of possible wounding, but do reveal his interest in entering the Confederate States Marine Corps (CSMC).

In December, '63 Ruffin expressed interest to become an officer in the Confederate Marines moved toward fruition when he was ordered to appear before a Marine Corps examination board. His recommendation and nomination had reportedly been made to Confederate Jefferson Davis by Stephen Mallory secretary of the Confederate naval department.  Mallory advised the committee on naval affairs in the Senate that Thomson had served in the Army since the war started and had participated in most of the engagements undertaken by the Army Of Northern Virginia. Letters from Thomson to his “Pa” provide insight into the strict procedures followed in the selection of Marine officers.

.........."Secretary Mallory, (has) ordered me to report to Col. (Lloyd J.) Bell [Beall] commandant of marines in this city (Richmond). I appear before the board tomorrow morning. The Colonel to me the examination would be mainly on a common English education - reading, spelling, writing, arithmetic. He seemed to lay some stress upon the proper representation of the Corps in society."

Five days later Ruffin again wrote his "Pa" stating that he had been recommended (for a marine corps commission ) by the board and the appointment need only be ratified by The Senate. He then related that the examining board questioned him on mathematics and geography as well as his understanding of the governments of England, France, and Russia and the Crimean War. Some of this examination was apparently written including a statement of (his) war service since the war commenced.

In July, 1864 Ruffin accepted a 2nd lieutenant's commission in the CSMC.  While no unit number or other designation has been found, his service was reportedly land -based at duty stations in VA and GA. He remained with the CSMC until the end of the war.

Exactly where Ruffin settled once separated from the military is not known. However, what is known is that during this post - war period he followed in his father's professional footsteps and studied medicine in New Orleans, LA.

As of 1870 Ruffin was back in Mississippi in the home of his father who, by then, had retired from the medical profession. Also under the elder Thomson's roof besides his wife was youngest daughter Ellen. The family address was listed as Township 4 Terry, Hinds County. At some point during this period Ruffin began a medical practice in Hinds County.

The 1880 census placed Ruffin and family in "Byram & Terry Hinds Co., MS." Also in the home at that time were Ruffin's father and mother.

While exact dates are not available, as of 1887 Ruffin had moved his family and medical practice to Lake Weir Mason Co., Florida. Although specific details are not documented, while in Florida Ruffin's health began to fail so, when he was offered an appointment as clerk at the Yakima Indian Agency located in the wilds of Yakima County in the eastern part of Washington Territory, he accepted the position in hopes the change of climate would improve his health.

Dr. Thomson arrived at Fort Simcoe in February, 1888. Sadly, his health, rather than improving, it deteriorated.  Within a month he died. The date of his passing was 3/17/88.  As per his wishes, former Confederate infantryman and marine, Ruffin Thomson, was buried at the fort near an oak grove "where the sun shines brightly from heaven and the birds sing over my grave."

Exactly what happened with Fannie and the Thomson children during the decades immediately following Ruffin's death is not known. In 1920, however, Fannie and daughter Ellen were residing in the Jackson, Hinds County, MS home of one Ben S. Lowry and his wife Cynthia.

In 1930 Fannie was still in Jackson, Hinds Co., MS. At that time she was residing in the home of daughter Brenda who appears to have been a supreme (court) judge at the time.

On Father's Day 1966 a CSA military headstone was placed on Ruffin's grave site. As part of the marker's dedication ceremony waters from both the Mississippi River and the Pearl River (which bordered Ruffin's family farm near Lake Weir, Florida) were poured on the grave. Also, soils from Mississippi and Florida were mixed with those from of Washington State and the Yakima Nation and spread over the site.