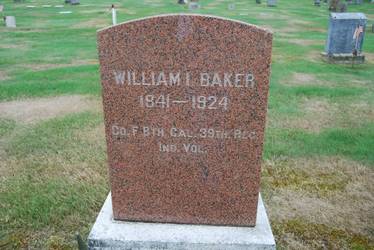 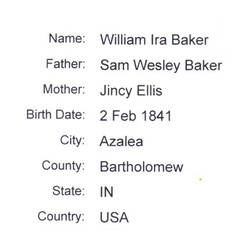 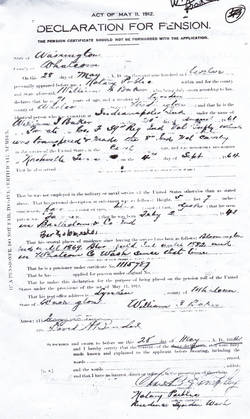 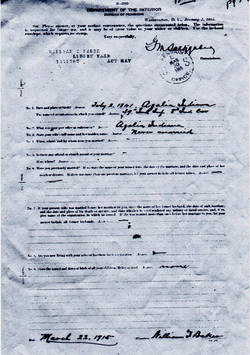 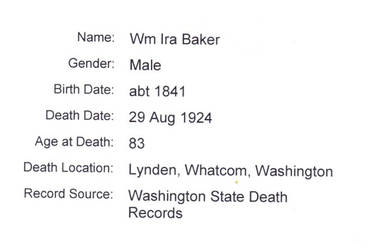 The three year western theatre military unit which was to become the 8th Indiana Cavalry first came into existence as the 39th Indiana Infantry. Mustered into federal service on 8/29/61 it left the state for Kentucky in September. It then marched to Nashville, TN with the forces of Union Gen. Don Carlos Buell.

In the spring of 1862 the 39th moved into Tennessee and there was involved in the April 6 - 7 battle of Shiloh/Pittsburgh Landing losing but 2 killed and 11 wounded. It next moved into Mississippi and Alabama. At the end of the year it was heavily engaged at the battle of Stone's River, TN there losing 31 killed, 118 wounded and 231 missing.

1863. In April of that year the regiment was given horses thereby becoming a mounted infantry unit. October of the same year saw the designation of the regiment change from the 39th Infantry to the 8th Cavalry.

During 1864 the 8th saw action in Alabama and Georgia. In the latter state the regiment was involved in the actions leading up to the fall of Atlanta and the surrender of Savannah.

The 8th, during the early months of 1865, was moving northward through the Carolinas. The last battle in that campaign for the unit was fought at Morrisville, NC where it whipped Confederate General Wade Hampton's entire force. It then remained on duty in North Carolina until being mustered into history.

While specific numbers are not available, during its period of service the 39th/8th lost 56 men by desertion, while another 37 were unaccounted for. It lost heavily in killed and wounded. No data is provided for losses by accidents, disease, etc.

William Ira Baker was born in or near the community of Azalia, Bartholomew County, Indiana. The year was definitely 1841, but birth months and dates differ. One is January 9th. Another is July 21st. A third is February 2nd. Likely the February 2nd date is correct as in later years it was said William ”bragged that he arrived on Ground Hog Day." His father was Samuel Wesley Baker (b. 1804 Rowan, NC). His mother was Jincy/Jincey "Jing" (nee Ellis b. 1810 Rowan NC) Baker. While it is not documented, most likely the Bakers were a farm family.

According to family lore, William was the seventh of nine Baker children. His older siblings were: Thomas N. (b. 1831 Lexington, NC), Samantha J. (b. 1833 Azalia, IN) and Mary Ann (b. 1837 Azalia, IN). Those younger than he were James P. (b. 1844 Azalia, IN) and Samuel W. (b. 1846 Azalia, IN.) What lured the Bakers from North Carolina to Indiana is not known, but perhaps it was availability of new farming land. Samuel died in Azalia on March the third or the fifth in 1849.

The U.S. census tally for 1850 found the widow Baker and five of her brood - Margaret, Mary Ann, William, James and Samuel - still in Bartholomew County, but at that time in the Sand Creek home of one Ira Orman and his wife Moassing. Mr. Orman was a chair maker. Mrs. Baker later remarried to another Indianan, David Van Schoyk/Schoick.

William's whereabouts are unknown during the time of the 1860 census. He was an educated man so it may have been that he was away at school. According to his obituary, at some point he attended college classes for one term at Earlham College located in Richmond, Wayne County, IN. Perhaps that was during this period.

Documentally, William next appears on 8/29/61 when the Bartholomew County resident enlisted in the U.S. Army. His enlistment regiment was the 39th Indiana Infantry which was later mounted and became the 8th Indiana Cavalry. At enlistment his vital statistics were as follows: Height 5'7"; Complexion fair; Eyes blue; Hair dark. His occupation was listed as "farmer." William was, from enlistment to final muster, a private soldier.

The War behind him, William apparently landed in Bloomington, Monroe County, IL. During the next four years - to 1869 - he attended and graduated from the University of Indiana with a law degree. It is also said that while in law school he became a member of the Phi Delta Phi honorary legal fraternity. Upon graduation he appears to have remained in Bloomfield where he practiced law until 1882.

In 1882 William departed Indiana and moved westward to the Puget Sound region of western Washington Territory. What prompted the move to this far north western corner of the United States is not documented, but it was likely the availability of virgin homestead land. Also not documented is where he initially settled. However, by the following year, January 1, 1883 to be precise, he had made his way to the small Whatcom County community of Lynden.

Dropping back a bit, when he arrived in Lynden William reportedly opened a grocery and hardware store which he operated until selling same in 1889. In the years up to the selling as well as after, he won the respect and affection of all in the area and, with his background in law; as a result he represented that region in the Washington State Legislature during the 1887 – ’88 legislative term.

William Baker lived out his years in Lynden or "North Lynden". He never married and fathered no children. Except for the 1900 census which noted him residing with his younger, single brother, he apparently always lived alone. In later years his occupation was listed as "day labourer" (1900) and "real estate agent" (1910). In his last census (1920) he was noted as having "no income."

William Ira Baker died on August 29, 1924 in Lynden, Washington. His passing came at the home of J.F. and Molly Stark after six months of failing health.  At passing he was aged 83 years, 6 months and 27 days.

Following are additional excerpts from his obituary which was featured on 9/4/24 in the local Lynden Tribune newspaper under the headline "Lynden Mourns Loss Of Pioneer." "Lynden lost a beloved pioneer last week when William I. Baker passed away.....He won the love and respect of all who moved to the district...and at all times took an active part in civic affairs, being in every particular a good citizen. Mr. Baker was the official poet of the Clam Digger's Association, and was a real artist in this line. His original recitations were always a feature of the gatherings......Pioneers are full of reminiscences about W.I. Baker's kindness, honesty, humour and charity. No one in the district was better liked. Lynden will surely miss its "Gentleman from Indiana.""

Burial was in the Lynden cemetery.