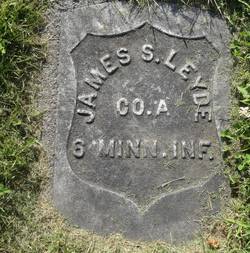 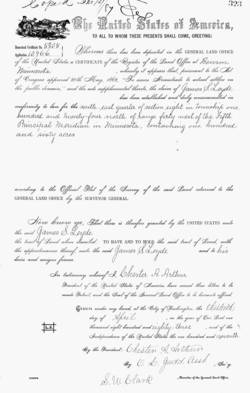 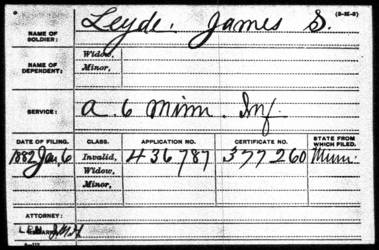 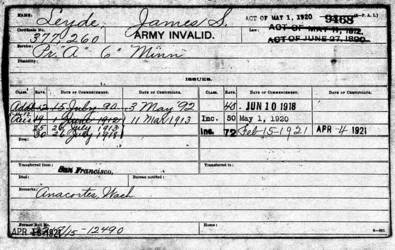 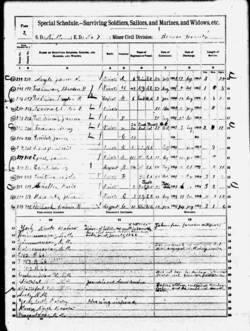 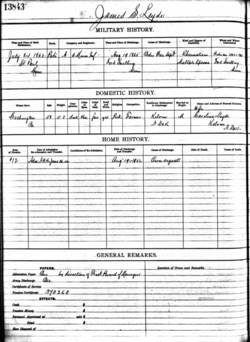 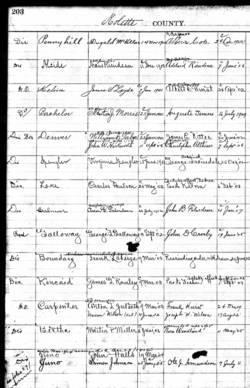 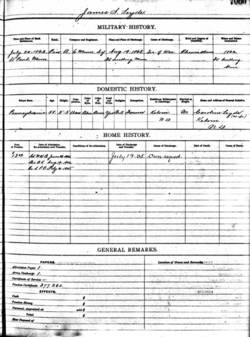 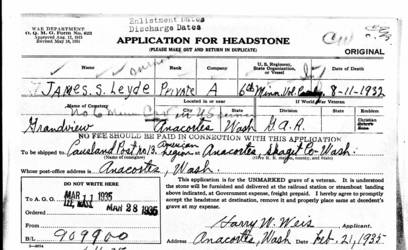 Although the 6th, a three year regiment, was considered a "western theater" unit, it spent the first half of existence not fighting Johnny Reb in the south, but Native Americans in the north.

Initially, four companies were ordered to Ft. Ridgley, Renville Co. MN upon news of an Indian uprising. A force, including several companies of the 6th and such civilians as would join, plus a section of civilian cavalry, set out from (Ft. Snelling) for the fort. Along the way, company "A" was detached as a burial party with two volunteers from each of the other companies assisting.

The burial party went into camp at Birch Coolie, Renville Co., MN where it was attacked about 4:00 in the morning by 500 Indians. The engagement was brisk until 10:00 a.m. when the hostiles ceased firing. The attack was resumed the following morning and ended only when other troops, supported by artillery, came to the rescue. By the time the fighting stopped 23 of the 6th had been killed, 45 wounded and all the group's 85 horses had been killed.

The 6th was next involved in the battle of Wood Lake, MN. Companies "A" and "F" took position on a ridge overlooking a ravine where many of the enemy were concealed and assisted materially in driving the hostiles from the field with heavy loss.

After being spread out for many months the 6th as a whole, was gathered together at Camp Pope, ND. In June it marched toward Devils Lake, ND and reached Camp Athison, Griggs Co. ND on July, 18th where a temporary camp was established. With two companies left as guard for the sick and feeble, the rest of the regiment moved on to the engagements at Big Hills, Dakota Terr., Stoney Lake and the Missouri River where the Indian's camp was captured and destroyed.

Companies "D" and "E" were then designated to accompany the captured Indians to Fort Thompson, ND. The fort was reached on December, 2nd with the return trip being made on half rations in bitterly cold weather and deep snow. The detachment reached headquarters about January 1, 1864.

After two years of long and persistent efforts, during 1864 the 6th was transferred south to Helena, Ark. Unfortunately, the move proved to be a bad one with disastrous results. In the south the northern regiment was assigned to garrison duty. The climate and inactivity decimated the unit by disease and sickness. Many died and hundreds of the sick were sent north.  At one time, for a period of two weeks, but 26 men reported for duty and many of them should have been in the hospital.

During February, 1865 the 6th moved to New Orleans, LA. From there it marched to Chalmette, LA. It landed at Dauphin Island, LA and, after sharp skirmishing, assisted in capture of Rebel Fort Blakely located there. This was the crowning moment for the 6th.

The regiment next moved to Montgomery, Alabama. It remained there until July when it traveled north to Ft. Snelling for final muster.

NOTE:  The following biographical profile has been created by request and without the benefit of significant informational documents including Civil War military service records, pension papers, etc.

By 1860 the Leydes had quitted Pennsylvania and were residing in Cottage Grove, Washington County, Minnesota. What prompted the move and exactly when it occurred is not known.

The first documental information on James aside from that within his birth family comes from 7/24/62 when the 19 year old enlisted in the U.S. Army for a period of three years. Likely the enlistment was accompanied by a $100 bonus or "bounty," a portion of which was paid up front with the balance to come in later increments. While no documentation is available pertaining to Private Leyde's military experience, he did survive the war and, apparently, returned to his parents’ home in Minnesota.

Interestingly, the 1870 census for McLeod, Winsted County, Minnesota places James in his parents’ home with no mention of wife Mary. Further clouding matters is an 1875 population count of McLeod which indicates the couple's first child; Charles/Charley was 8 years old at the time. This would place his birth date in the year 1867. More confusing is the 1900 census for Dunseith, Rolette County North Dakota which denotes Charles' age as 38. This would make his birth year 1862.....................Perhaps at some point this family matter can be resolved!!

The Leydes did not live out their lives in Minnesota. As of 1900 they were farming in North Dakota. After that, by 1910, they were in the Puget Sound region of western Washington State residing in or near the Skagit County community of Anacortes. When and why they moved to this far western portion of the country is not known. What is known is that by 1910 James' occupation was that of performing "odd jobs."


1920. Another decade and another census.  That population count found James still in Anacortes. However, as of that year his marital status was listed as "widow." His wife had died in 1918. Details pertaining to her passing are not available.

Former Civil War soldier James Leyde died on 8/11/32 in Anacortes, Washington. He was buried in the nearby Fern Hill Cemetery. Likely the burial was, and is, beside Mary Caroline/Caroline Mary.