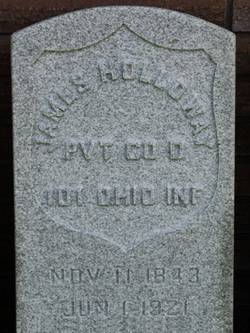 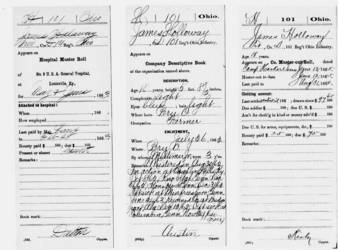 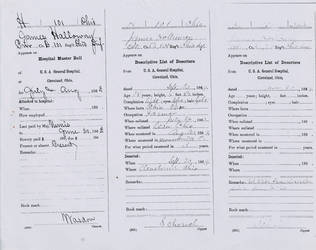 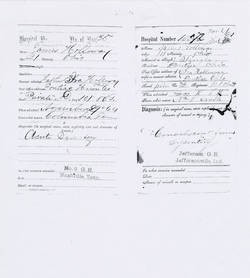 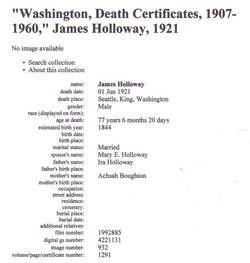 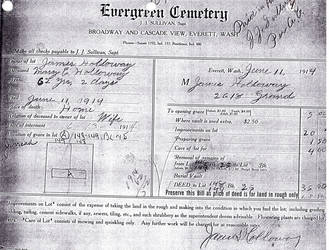 A three year "western theater" regiment, the 101st was organized during the summer of 1862 and rushed into the field. It was first hurried by rail to Cincinnati and thence to Covington, KY to assist in repelling a threatened raid by Rebel troops under Confed. Gen. Kirby Smith. That being in September, the following month the regiment marched in pursuit of Confed. Gen. Braxton Bragg and was in combat at the battle of Perryville, KY. During this, its first instance of being under enemy fire, the unit bore itself well while losing several men. December, 1862 found the unit engaged at Nolensville, TN where it captured two artillery pieces. At Stone's River, GA the 101st was in the hottest of the fight and on the third day was transferred to the Union left flank where it helped turn the tide for the Federals ,losing 219 killed and wounded in the endeavor.

When the Tullahoma Tennessee Campaign was begun the regiment moved with that portion of the army that demonstrated in the direction of Liberty Gap where it engaged the Confederates for two days. It then crossed Lookout Mountain to the field of Chickamauga and participated in both days of that momentous battle.

During the 1864 Atlanta Campaign to capture that Georgia city, the unit was constantly on the march and engaged in fighting with the enemy. Around Atlanta it fought at Jonesboro and Lovejoy's station. The 101st then followed retreating Confed. Gen. Hood into Tennessee and fought him at the battles of Franklin and Nashville.

NOTE: The vast majority of honorably discharged American Civil War veterans - whether they served on land or water - ultimately received a U.S. Government disability pension ranging from a few dollars per month to truly "princely" sums in a day and age when the prevailing wage was very low.  Documents pertaining to that pension process have proven to be a treasure trove of family information regarding individual veterans.  In some cases, however, the honorably discharged veteran either did not seek a pension or the documents were later misplaced or lost within the Veterans' Administration, the government agency that took over pension matters during the waning years of the old soldiers.  Such is the situation with the files of James Holloway.  To date his pension records have not been located. As such, the biographical profile herein has been created relying on U.S. Census, family and other information and likely does not feature details that would otherwise be included.

At the time of the  1860 census, all the above named children were still in Peru, Ohio, but then residing with Daniel (b.d. unk.) and Charlotte (b. 1823 OH) Tolls and their infant son. What fate had befallen their parents is not known but, as we shall see the family patriarch, was still living.  Perhaps his wife, Achsah, had died and Ira did not feel he could not support his large brood by himself.

On July 26, 1862, eighteen year old James enlisted in Captain Sheidon's company of the 101st Ohio Infantry which would later become company "D" of that regiment.  At enrollment Private Holloway's vital statistics were: Height - 5'8"; Complexion - light; Hair - light; Eyes - blue. His occupation was: Farmer. Interestingly, he listed his nearest "relative" as being Ira Holloway.

For enlisting Private Holloway received a $100 enlistment bonus or "bounty", $25 of which was paid up front with the remainder to be received in increments. A little over one month later while in camp at Monroeville, OH he also received $27 - perhaps a loan or an advance on his $13 per month pay - from a Captain Alex E. Drake.

Private Holloway appears to have been present for duty until sometime in September, 1862 or the first of October of that year as it was on 10/1 that he was listed as absent from his company and regiment, having been "left sick" at Louisville, KY.  The undocumented illness must not have been serious; however, as on the 8th of October he was listed as serving in action when his unit engaged the enemy during the battle of Chapin Hills, KY. His combat involvement would continue through to the end of '62 including the bloody encounter at Stones River, GA.

1863. The year opened with Private Holloway listed as present for duty. That status continued until June when, on the 23rd of that month he was reportedly sent to the hospital in Murfreesboro, TN. The absence continued into July and August when he was charted as "absent sick" in (a field) hospital in Louisville, KY.  In September and October that absence remained with him reportedly in a U.S. Army general hospital in Cleveland, OH.

While available documents unclear on this matter, on 9/30/63 Private Holloway's name appeared on a list of deserters from the Cleveland army hospital. The desertion, whether actual or a paperwork misunderstanding, apparently began as early as 6/30 as that was the desertion date recorded when, on 11/30 the Cleveland hospital tallied him as an "addition (return/gain) from deserting." Details on the hospitalization ailment and the "desertion" are not known.

Private Holloway was once again present for duty during the first seven months of 1864. Then, in August, he was listed as absent/sick. Again, in September and October he was reportedly present, but at the end of November (the 29th) he was admitted to the hospital - either in Louisville, KY or Nashville, TN - from Columbia, KY with acute dysentery.  On that occasion he anew verified Ira Holloway - then listed as residing in Pontiac, Huron Co., OH - as his nearest relative. Obtaining that family information, there must have been some medical thinking that Private Holloway would not survive.  He did, however, but not until after having been transferred from a hospital (#8) in Nashville, TN to a center in Jeffersonville, IN to convalesce from dysentery.  James returned to duty on December, 16 and joined his company on 1/1/65 at Huntsville, AL. He then served without absence from then until the end of the war and final muster that June.

With bounty monies owed him paid and clothing accounts with the U.S. Army settled, James departed the military service.  As with many American Civil War vets, however, where he went, where he settled and how he was employed is not known. His next documented sighting was during the U.S. Census of 1880.

1880. During this U.S. Census year James was found in Ogden, Lenawee County, Michigan.  At age 37 he was a farmer and, a married one at that.  Exactly when and where he had been married is not known. However, his bride was a woman named Mary Ellen (no nee b. June, 1852 MI). By 1880 the couple had one child, a son dubbed Ira Coe (b. 1878 MI). Due to most of it having been destroyed by fire, no census data pertaining to James and family is available from the following decade.

The turn of a new century.  The census year 1900 placed James and "Ellen" residing in the state of Nebraska.  Their community was Gibbon, Buffalo County where he was employed as a salesman of farm implements.  The couple then recorded having one child with that one child - Ira Coe - living.

Another decade.  The year was 1910. James and wife - one child with one child living - were still in Gibbon, Buffalo Co., Nebraska.  Also under the home's roof at the time were granddaughter Ruby E. and grandson Glenn (b. 1900 IN). In this census James was recorded as being an "implement dealer."

Four years later........... 1914. By that time the Holloways had quitted Nebraska and were residing in Everett, Snohomish County, Washington. Exactly why and when the move was made is not known, but the former was likely prompted by the nearby residence of son Ira and his family.  The address of James and his wife in that Puget Sound area city was given as 2618 Grand Avenue. It was in that city sometime during that same year Mary Ellen died.  Like the date, the reason is not known. She was buried in that city's historic Evergreen cemetery.

Census takers for 1920 located James - a 76 year old widower - residing with his son Ira, wife and children in Seattle, King County, Washington a few short miles south of Everett where Mary Ellen had died. James died in that city, county and state on June 1st of the following year.   He was buried three days later beside Mary Ellen in Everett's Evergreen cemetery.