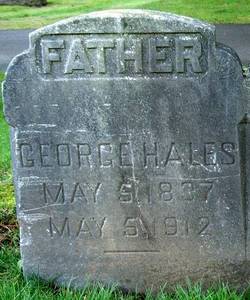 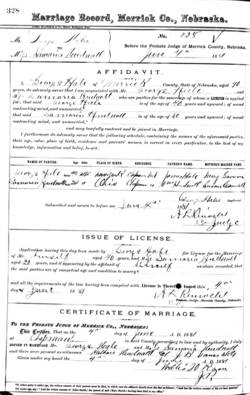 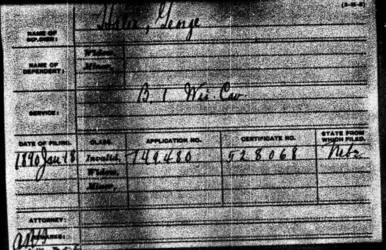 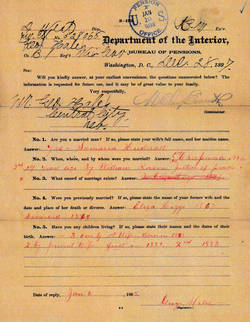 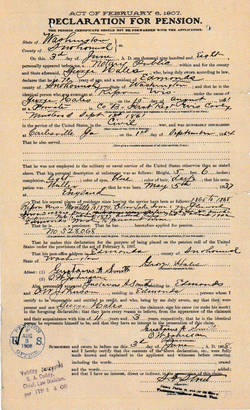 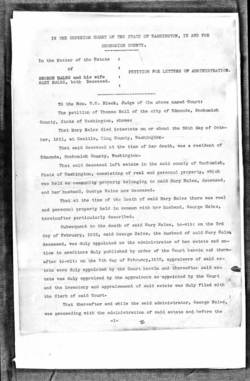 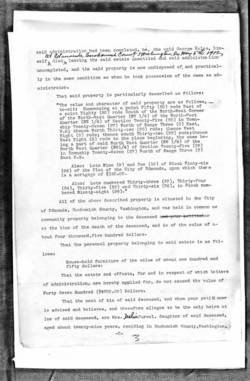 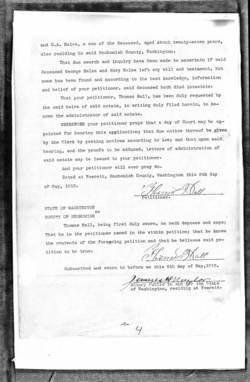 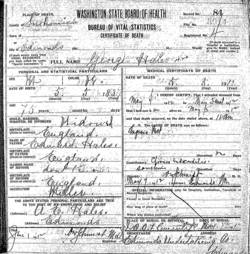 The 1st, a three year western theater organization left the state shortly after Federal muster en-route to Benton Barracks, MO. From there it moved to Cape Girardeau. At that location it sent detachments throughout Missouri and Arkansas for scout and train guard duty. It concluded the year at Patterson, MO engaging in dispersing guerillas, picking up small bands of the enemy and foraging.

From early January to the end of May, 1863 the 1st was stationed at several locations within Missouri. In mid-year it participated in the battle of Cape Girardeau. In mid-June it reached Nashville, TN and moved on towards Chattanooga. Actions at Chickamauga, GA, Anderson's Gap, TN and Mossy Creek, TN followed.

In 1864 the 1st was with Union Gen. W.T. Sherman's forces as they moved upon Atlanta, GA. In November the regiment returned to St. Louis, MO to be remounted.

January, 1865 found the regiment in Nashville, TN, but it soon moved to Waterloo, AL. From there it joined a cavalry expedition that captured a West Point fort following a hand - to - hand struggle.

In early May a detachment of the 1st set out on a search for fleeing Confederate States president Jefferson Davis. During the search the advanced guard of the regiment came upon armed men who ordered them to halt then opened fire. The firing became general until a prisoner informed the 1st troopers that they, too, were Federals.  Although Davis was not apprehended until after this incident, many believed the 1st should be at least partially credited for the capture.

George Hales was born 5/5/37 in Shropshire England. His parents were James Edward (b. 1816 England) and Mary (nee Groom b.1815 England) Hales. On 9/20/49 James, a miller by trade, and family arrived in America from Liverpool England.

As noted by the birth states of the Hales children, arriving in the U.S. the family first settled in New York. By 1856, however, they were in Wisconsin. In 1860 the U.S. Census placed the Hales in Ward 1 of Ripon located in Wisconsin's Fond du Lac County.

Of the four young Hales who served in the U.S. Army during the American Civil War, George was the last to enlist. His enrollment date was 8/15/61, less than four months after his next younger brother, Thomas, enlisted. At enlistment we get our first glimpse of George Hales the physical man. He stood five ft. six inches tall, had blue eyes and dark hair. By trade - as his father - he was a miller.

For quite some time all seemed to go well for Private Hales. The first real notation on his company muster rolls comes from 12/1/62 when it was noted that he was on "detached service." No other details are provided.

In 1863 things changed. On 4/1/63 during Union actions around Cape Girardeau, MO. George's horse fell on him injuring his right foot to the degree that he was excused from all active duty except guard duty. Hemorrhoids (piles) began to seriously affect him, too. In later years when applying for a U.S. Government disability pension, speaking on his behalf a fellow soldier testified "(Hales) could not adjust himself to the saddle as well as some of the heavier boys. I've seen him ride for miles standing up in one stirrup with the other leg drawn up to keep (his) hind end from bouncing in the saddle. When trotting he would have to sit down square in the saddle. He was always complaining about his piles. He would swear a blue streak. Sometimes he would dismount and walk at his leisure. He tried pain killers, but they didn't work. Sometimes he would grease the piles to keep them from chafing"

During the spring of 1864, being unable to ride, Private Hales was sent back to Chattanooga, TN with the regiment’s condemned horses. Still, he remained on duty until mustered out of the service on 9/1/64.

After his divorce George appears to have drifted about. Likely, shortly thereafter, he removed from Metomen to Clear Lake, IA. Around 1872 he then moved to Glenwood, IA. He remained there for two or three years before heading south to NB where, ca. 1874/75, he lived in Omaha and Salem.

The Hales would remain in Merrick Co. for twenty one years. Besides Chapman, other Merrick communities of residence were Central City (ca. 1891 - 1897+) and Lone Tree which is where the census of 1900 found the family. At that time George listed his occupation as "gardener."

In 1902 the Hales departed Nebraska in favor of western Washington State where they settled in the Puget Sound community of Edmonds located in Snohomish County. What prompted the move to the Pacific Northwest is not documented. Likely, however, one or both of their adult children resided in the state (Julia died in Vancouver, Clark Co., WA on 8/15/19).

The U.S. Census of 1910 found George and Mary residing in voting Ward 2 of Edmonds. George, a laborer, had apparently never sought or acquired U.S. citizenship as he indicated he did not vote.

Mary died in Seattle King Co., WA on 10/26/11. No details are available pertaining to her passing other than she was 48 years of age. She was/is buried in the Edmonds Memorial Park cemetery in Edmonds, Snohomish Co., WA.

George died on 5/5/12 in Edmonds, Snohomish Co., WA. In 1890 he had initiated the paperwork to obtain a U.S. Government disability pension base on ailments or other debilitating physical conditions which traced back to his days of Civil War soldiering. Claimed disabilities included Anchyloses of the toes, liver disease and piles. By 1891 he was pensioned at the rate of $8 per month. At the time of his passing his stipend was $15 per month.

[2] Philip served in Co. "B" 41st Wisconsin Infantry. He survived the war.

[3] Thomas served in Co. "B" 4th Wisconsin Cavalry. He survived the war.