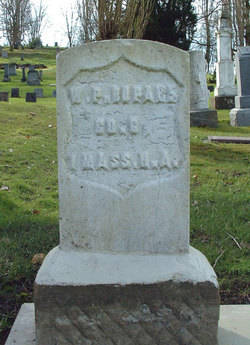 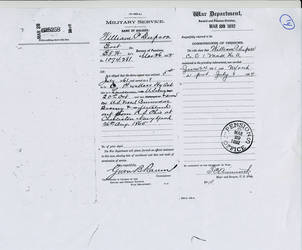 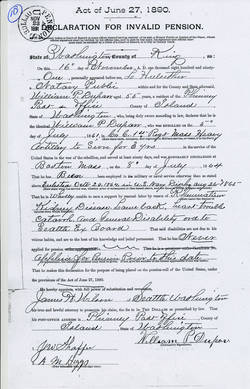 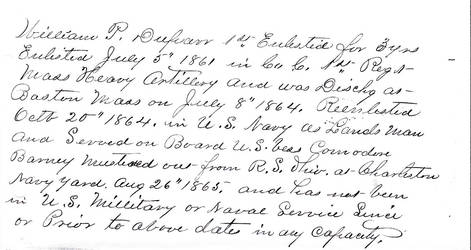 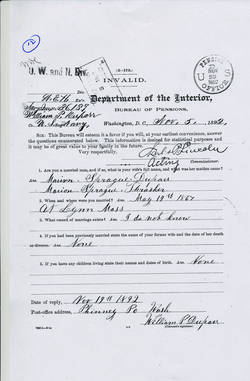 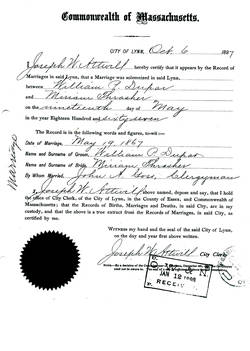 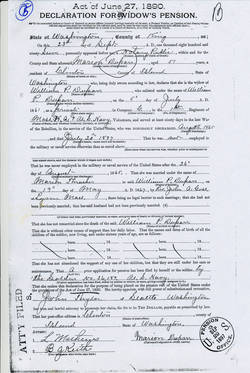 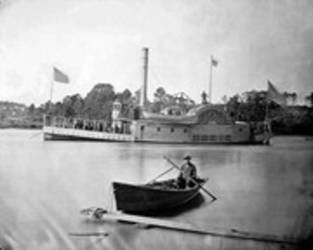 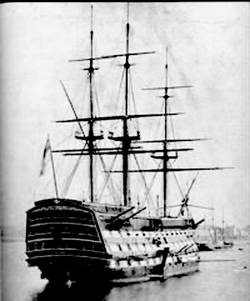 Roots of the 1st MA L.A. trace to the summer of 1861 and the 14th Massachusetts volunteer infantry.  That unit was already in the field when, in late ’61 it was decided to enlarge the unit and change it from infantry to heavy artillery.  Although the physical change was completed in 1862, the transformation was not formalized until 9/63.  During the spring and summer of ’62 the 1st was assigned to the fortifications guarding the nation’s capital.  From then and throughout 1863, as with most artillery units, various companies (batteries) were detached and dispersed around northern VA garrisoning and repairing forts, building military roads and performing other similar tasks.  In May, 1864 as Union Gen. U.S. Grant’s forces began moving south towards Petersburg, VA the 1st was assigned to the Army of the Potomac and quickly found itself engaged with Confederate forces near Spottsylvania Ct. House.  The action cost the unit its major and 54 enlisted men killed plus another 312 wounded.  Losses were less during the ensuing battles of the North Anna River, Totopotomy and Cold Harbor.  Crossing the James River, the 1st was next engaged during the 6/16/64 assault on Petersburg.  There it suffered 25 killed 132 wounded and 5 missing.  Nearly 300 more were lost during the following week.  In early July, ’64 original members of the 1st were mustered out.  The remaining troops participated in two expeditions to Deep Bottom before settling into the trenches before Petersburg to await the 4/65 final assault on that city.  With the War all but ended, garrison duty around Washington preceded final muster.  Total losses from mortal wounds and disease: 484.  An additional 178 officers and men perished in Confederate prisons.

Constructed in New York, the Barney began life in 1859 as the ferry Ethan Allen.  Purchased by the Navy on 10/2/61, the sidewheeler was converted to a gunboat and assigned to the North Atlantic Blockading Squadron.  For approximately the next six month she participated in Federal activities along the VA and NC coasts.

From 7/62 through 3/64 Barney operated out of Hampton Roads, VA patrolling VA rivers.  In this vein, in 8/63 while in the James she was severely damaged by detonation of a Confederate electric torpedo (mine).

Repaired, Barney returned to the NC coast and to cruising the James and Appomattox rivers.  Ordered to the Washington Navy Yard on 5/5/65, in July of that year she was sold.

The ship-of-the line USS Ohio was launched in 1820.  She moved through three periods of active/inactive service before, in 1851, becoming the Boston, MA Navy’s Yard’s receiving ship, a location where new recruits either enlisted or first reported for duty.  She remained in that roll until 1875 when she was deactivated.  On 9/27/83 she was sold.

Also, while there are indications he was a seaman prior to entering the army, that is highly unlikely as when he enlisted in the U.S. Navy his entrance rank was landsman, a person who has no experience with, or knowledge of, the sea.

On 6/16/64 artilleryman Duparr was wounded during Federal actions around Petersburg, VA.  Although details of the wounding are not available it was of a serious enough nature that he was separated from his unit.  It appears he was hospitalized, when his muster-out-date came around.  His wound/wounds healed, William enlisted in the U.S. Navy.  This period of service was apparently benign.

The war behind him, it appears former soldier/sailor Duparr returned to Lynn, MA.  It was there on 5/19/67 he married Marion/Miriam Sprague Thrasher (b. ca. 1846).  The union apparently produced no children.  After marring, the Duparr’s were not heard from again until 11/91 when they were residents of Phinney Post Office in the San Juan Islands of Washington State.

When and why they crossed the entire continent is not known.  The move is documented because William requested a U.S. Government invalid pension based on rheumatism, kidney disease, back and heart troubles, catarrah (infection) and general disability all of which he traced back to his days of Civil War soldering and sailoring.  Although no details are available, apparently the request was granted.

William Duparr died either 7/12 (headstone) or 7/20/97.  Cause of death is not known.  Following her husband’s death Marion/Marion, who at the time listed her address as Clinton, WA, sought what appears to be a continuation of William’s pension benefits.  The petition was granted as, when she on 1/7/26 in Plymouth, MA was receiving $30 per month from the U.S. Government.