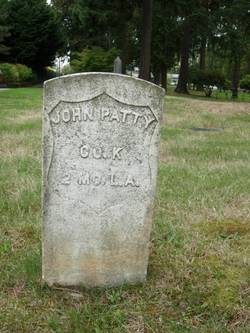 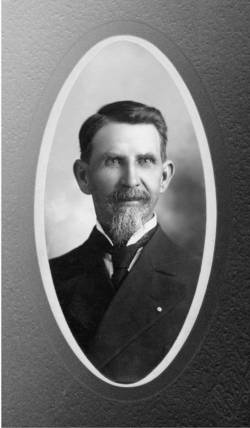 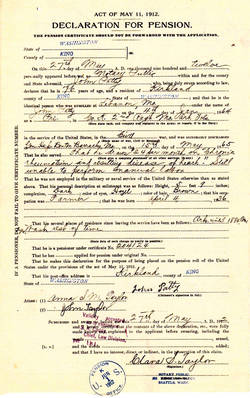 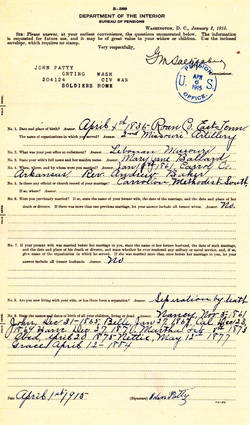 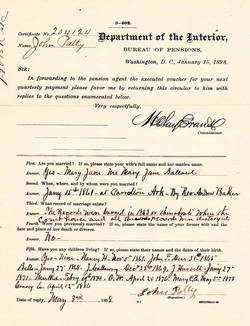 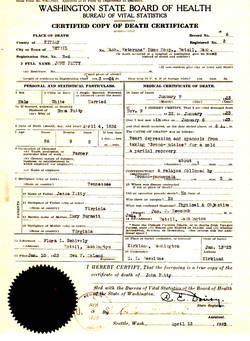 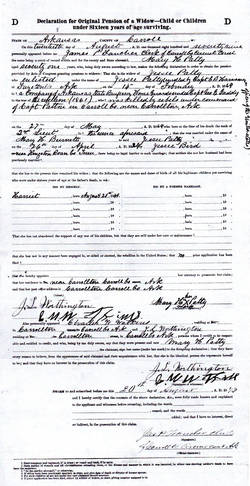 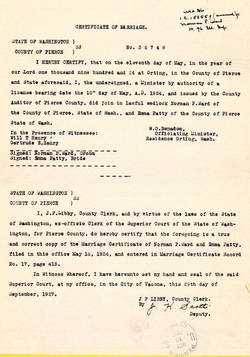 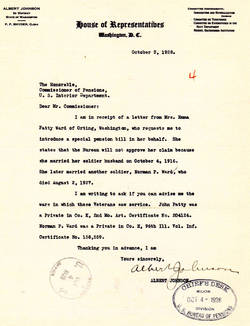 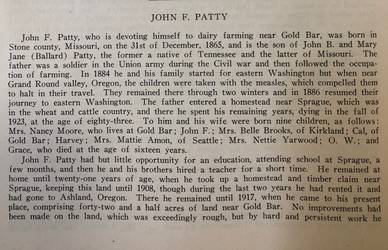 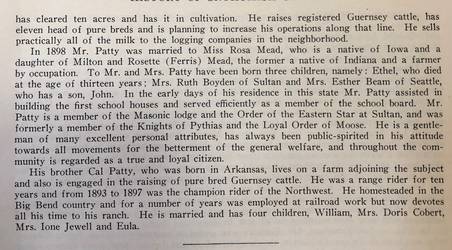 NOTE: During the American Civil War infantry and cavalry regiments, for the most part, served together as cohesive units. Such was not the case with the artillery. Within an artillery regiment whether it be designated heavy, light, horse, etc. a regiment seldom, if ever, came together as a whole. Instead, individual companies, known as batteries - generally six cannon on the Union side - were assigned where ever needed. As such, in this discussion we are focusing primarily on the 2nd Missouri Light Artillery's Battery "K".

The second Missouri, a three year western theater artillery regiment was organized in the fall of 1861 and served solely in the State of Missouri until reorganized in February, 1864. As for Battery “K” it, too, spent its period of service in Missouri and was not in any serious engagements with the enemy. The various batteries were mustered out on different dates and in different places with the last, Battery "M" being disbanded on December 20, 1865.

No loss figures for officers or enlisted men from combat, disease, accidents, etc. are available for either the 2nd Missouri or Battery “K”.

As noted by the birth states of the Patty children, John and Mary spent a number of years moving between Arkansas and Missouri before cutting their ties to the mid-west and moving about as far to the west as one can go in the continental United States, that being the state of Oregon. While there are no documental reasons given for the moves, one can only speculate that beyond familial ties to Carroll County, Arkansas, they were prompted by the search for ever-more fertile farm land.

Immediately following their marriage it appears the young couple settled in Arkansas either on or near John's parents' farm. They remained there until either late November, '61 after their first child was born, or until late April, 1862 when John left the community of his birth and removed his new family to Laclede, Linn Co., Missouri. As of both dates, civil war had gripped America, so when he moved to Missouri John, with an eye toward defending the Union, may have joined a local militia unit. Unfortunately, if he did make such a joining, the identity of the military unit is not known.

In January 2, 1864 John enlisted in and was mustered into the U.S. Army for a period of three years. His unit of choice was the 2nd Missouri Light Artillery and for signing up he became eligible for a $300 enlistment bonus or "bounty" a portion of which was to be received up from with the balance to come later. In 1864 $300 was a "tidy" sum of money.........

It appears as though Private Patty's - during his period of military service the surname would also appear as Paddy - initial duty assignment was as a teamster stationed at the Federal military post located in New Madrid, MO. By the end of August, however, that duty assignment had been changed to Benton Barracks located outside of St. Louis. Here it deserves to be mentioned that in terms of physical harm, John Patty's enlistment would prove to be very benign, primarily because battery "K" faced few, if any combat assignments. Still, military service could prove to be physically harmful in other ways as was to be the case for this private soldier.

A note of significance during Private Patty's period of service came on 5/27/64 when, back home in Arkansas, his father, Jesse, a 2nd lieutenant in Capt. George Gaddy's Independent Company of (Union) Home Guards was shot and killed while in action against Confederate forces.  Available documentation does not denote the killing, when Private Patty learned of it or whether or not he was granted leave to visit his now widowed mother.

According to later, pension-related testimony, near the end of August, 1864, while being drilled at Benton Barracks, Private Patty was overcome by the heat. Near the same time he was also exposed to heavy rains and hail. All of this contributed to his being attacked by serious rheumatic pains in his left foot. The rheumatism then quickly spread throughout his body so that he could not move "either hand or foot." Private Patty would spend the remainder of his service time in the hospital at Benton Barracks or, perhaps, in St. Louis proper.

With war and military life behind him, John Patty returned to farm life in Springfield, MO. With this transition, however, came a new twist as rheumatism continued to plague the former soldier's ability to perform manual labor. More on this, shortly.

As noted earlier, in conjunction with the birth states of John and Mary's children, for a time the family ping-ponged back and forth between Missouri and Arkansas, Arkansas and Missouri, etc. This back and forth routine was first evidenced in the fall of 1866 when the family moved from Springfield back to Carroll County, Arkansas where they settled not far from John's boyhood home. This residential stay lasted approximately two years. Then, the family returned to Missouri for what would be another eight months. In the spring of 1869 it was back to Carrollton and, sometime during 1870, it was back to Missouri for what would prove to be an eight month stay before returning to Carroll County, Arkansas and settling in or near the community of Indian Creek.

It was during this 1870-plus return to Arkansas that John's continuing battle with crippling rheumatism prompted him to initiate the paperwork process necessary in order to obtain a U.S. Government disability pension based on the chronic ailment which he traced back to his days of Civil War soldiering.

Written on 7/18/74 and filed on the 20th, John recounted his August, 1864 tale of being stricken with rheumatism to such a degree that he spent the remainder of his period of military service in the hospital. That disease continued to prevent him from making a living as a farmer. As to his telling, the inflammation in his hips, knees and shoulders - especially the left - also had prevented him from completing a good day of farming since his return to civilian life.

The paper chase for the pension dollar prize would stretch on for years and include testimonial affidavits from those who had known the pre-enlistment healthy John Patty and the post-war sickly John Patty. One such affidavit from 7/11/81 by Minerva J. Arney is, in part, herein presented: I have known John Patty since 1855. Both of us lived in Carroll County, Arkansas until November, 1862 when Patty refuged to the State of Missouri. Before he moved he worked for my father who was a physician and the (Jesse) Patty family doctor. He was a farmer, but worked for my father hauling wood and corn, cutting timber, making rails and building fence.  In November, 1862 he refuged to Missouri. I refuged there in January, 1863. I met with Patty at Forsythe, MO where we remained. We stayed there about one month and then removed to Springfield and remained there about three weeks. Then, I didn't see him for two months. When I moved to Lebanon I met him again. That was when he enlisted in the U.S. Service. His health was good up to that time.

Although it had taken years, on 1/19/82 John Patty was granted an $8 per month government pension based on rheumatism and resulting heart disease. The pension was made retroactive to 5/15/65.

The U.S. Census for 1880 placed the Patty clan back in Arkansas residing in or near the community of Yoakum in Carroll Co. In the home at the time in addition to farmer John and Mary were children John F., Sarah F.,

Callaway, James A. and Martha. Also under John's roof was a male identified as Abel W. (b 4/1856 AR) and a woman identified as Mary W. (b. 2/1878 AR) According to family lore these individuals were John's brother Obed W. and his wife, Mary. If so, the birthdates would have to be much earlier. Thus, exactly who the two were is not known.

As of 6/8/81 the Pattys were still residing in Arkansas, but in the Indian Creek area of Carroll County rather than Yoakam.
That year tragedy beset the family as two of the children, Marion and Mericas, died from undocumented causes. Likely, however, the deaths were caused by some epidemic.

Then, sometime in 1884 the Patty family took themselves out of the Arkansas/Missouri moving pattern when they removed from Indian Creek, Arkansas to Grande Ronde Valley, Oregon. What had spurred this cross country jump is not documented. Brother Obed and family would follow shortly.

The Pattys remained in Oregon until sometime in mid to late 1886 when they moved northward to the community of Sprague along the reaches of Crab Creek located in the Columbia Basin region of eastern Washington Territory's Lincoln County. Again, why that location was chosen is not known.

1900. A new century, a new decade and a new move. By this year the Pattys have quitted Lincoln County, WA and moved westward across the Cascade Mountains to settle in Kirkland, Washington. Kirkland was, and is located east of Seattle across Lake Washington in King County. Once more, the lure of the area is not documented. Of note is the fact that Mary is no longer in the family household. She died on 9/11/02. No details are available pertaining to her passing. She was buried in the Kirkland Cemetery.

By 11/5/11, ten plus years after moving to Kirkland and following his wife's 1902 death, John had moved again. This time southward into Pierce County where John became a resident (inmate) in one of the Washington Soldiers' homes, this one located in the community of Orting. Why had such a lifestyle change been made is not known. Perhaps it was just because the state had two soldiers' homes available and he would be living, not alone, but with old comrades.

In the Orting home old soldier John did not long live with just old comrades as, on 10/4/16 he remarried to a woman documentally identified as Emma (nee Adkin b. ca 1848/'49). Where she came from, if she was the widow of another soldier/sailor who had died at the home, and how the wedding came about is not known. Perhaps she wanted a piece of John's pension pie which had, by this time, grown to $30 per month. Such machinations did occur..........

Pension wise, 1918 saw an interesting turn in John's situation. What or who had initiated the process - perhaps his new bride? - is not known, but on October  5th of that year the United States House of Representatives of the United States Congress authorized that by a special act of congress, the U.S. Secretary of the Interior - head of the pension bureau - was authorized and directed to increase John Patty's monthly stipend from $30 to $36 dollars. And, so it came to pass........

The census of 1920 found John and Emma still married and residing in the Orting soldiers' home. A medical examination conducted on 12/24 of that same year described the old soldier's physical condition as follows: At age 84, he suffers rupture discomfort from a double hernia. The left side is complete, the right only partial. He is nearly blind to a point where he cannot read even with glasses. He suffers from rheumatism and senile debility. While he does not require constant care, but can hardly care for himself. Fading rapidly, he is becoming a burden on his wife to whom he continually looks for care and support. The report concluded with a recommendation that his pension be upped to the maximum of $72 per month.

On 1/4/23 John Patty's pension was, in fact, increased to $72. Five days later, on 1/9, the former Civil War artilleryman and retired farmer died. Cause of death was described as heart depression and cyanosis from taking "Bromo- quinine" for a cold which had plagued him for about a month. Contributing was bronchial pneumonia. Burial was on 1/12, not at Orting, but in the Kirkland, WA cemetery next to Mary.  In 1929 his younger brother, Obed, would be buried within the same grounds.

Following John's death Emma remarried once again. This husband was Norman P. Ward another pensioned civil War veteran. He died 8/2/27 and was buried in the Sumner, Pierce County cemetery.