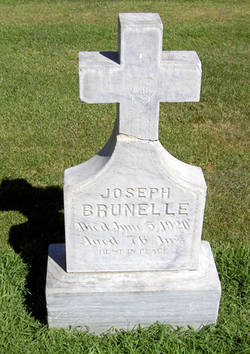 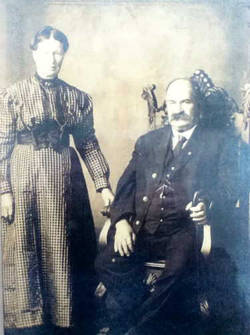 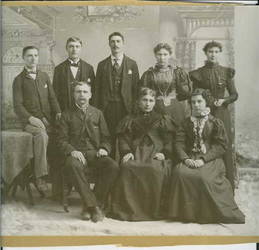 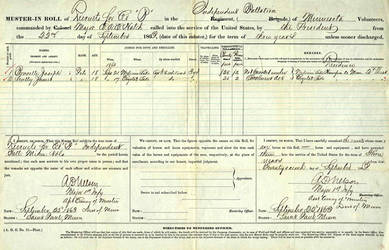 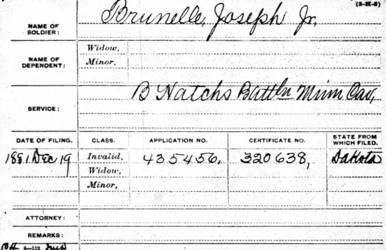 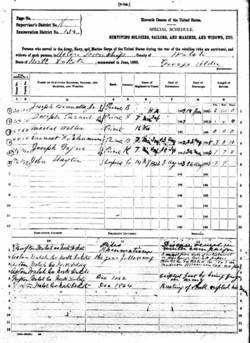 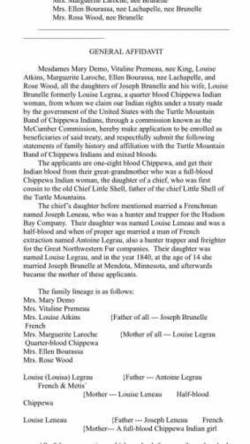 This three year cavalry regiment was organized by and named after Major E. A. C. Hatch. Its focus was to be not Johnny Reb, but fighting Native American Indian tribes that had been terrorizing what then was America's "frontier" since 1862.

The unit departed the state of Minnesota on 10/5/63 accompanied by one section of the 3rd Minnesota Light Artillery. As it acted as escort for a transportation train from St. Cloud and from Pomme de Terre the major portion of the troops were sent to Fort Abercrombie to obtain additional ordinance. The rest of the command continued with the train.

A sudden thaw compelled the train to rest days and travel nights, the road thereby being lost. This resulted in the train being several days late reaching its destination. Animals and men suffered greatly owing to the failure of contractors to deliver hay and grain as agreed. Two hundred fifty oxen, horses and mules died.

In December a small detachment of the battalion surprised and captured a party of hostiles. Soon after 200 more surrendered. As others came in the number of captives grew to 400.  In early 1864 most, if not all, were sent to Ft. Snelling.

In April, 1864 the entire battalion command moved to Ft. Abercrombie. Companies "E" and "F" were mustered out in August and September, 1864. After this post and patrol duty was the order until 1866 when the remainder of the unit was mustered out by companies during April, May and June.

[NOTE: Firstly, the biographical profile which follows was created "by request" without the benefit of military service, pension and other files from the National Archives in Washington, D.C. Therefore the profile is not as detailed as other ACW veteran biographies featured on this site. Further, even family members are not in agreement on the names, birthdates, etc. of children born to Mr. Burnelle and his two wives.

Finally, various spellings of Joseph’s surname exist. Herein we are using Brunelle which appears on his civilian headstone in Calvary Cemetery Yakima, Washington.

Joseph Brunelle, Jr. was born on September 21, 1845 in or near the city of Minneapolis located in Hennepin County, Minnesota. His parents were Joseph Brunelle, Sr. (b. 5/20/18 Nicolet Quebec, Canada) and Louisa (b. 1826 Red River Settlement Kittson, Minnesota Territory Burnelle. As his father was a white man and his mother a native Chippewa Indian, Joseph, Jr. - as all the children born to Joseph, Sr. and Louisa - were considered  "half breeds.“

Joseph, Sr. and Louisa produced sixteen children, with Joseph, Jr. being the third born and first son. While this information is not documented, likely Joseph, Sr. was a good Roman Catholic farmer.

The first documental information available on Joseph, Jr. comes from his enlistment in the U.S. Army during the War of the Rebellion. However, beyond his enlistment and muster out dates not much is known pertaining to his period of service because we do not have his military service records. One thing we do know about his time in the military is that on 4/12/64 his name appears on the Old Crossing Treaty between the Red Lake and Pembina bands of Chippewa and the United States.

As with many Civil War veterans, where they resided and what they did for an occupation after they returned to civilian life is not known. The same is true for Joseph, Jr. (From here forward referred to as Joseph.) In the U.S. Census of 1870, however, he is tallied as a farm laborer living and working in Brooklyn Hennepin Co., MN.

In 1870 the census tally found Joseph and family in Brooklyn Hennepin Co., MN. Joseph’s occupation at the time was noted as “farm laborer.”

Louisa died on 8/27/73 in Minneapolis, MN. Beyond this information, no details are available pertaining to her passing or final resting place.

In 1880 Joseph and Matilda were censured in Pembina located in the Dakota Territory. Also in the home at the time were children Charles, Moses and Melvina. Joseph listed his occupation as "farmer."

Most of the 1890 U.S. Census was destroyed by fire, so we don't know where the Brunelles were living at that time. However, as of 1901 they were residing in Edmonton, Alberta Canada. Exactly when and why the move northward was made is not known, but we do know they were residing there as early as 1899 as that was when and where Joseph was granted a U.S. Government disability pension stipend based on illnesses or ailments which traced back to his days of Civil War soldiering. The amount of that stipend is not known.

The next we learn of Joseph Brunelle, Jr. is that he died on 6/5/20 in Yakima, Yakima County, Washington. He was/is buried in that city's Calvary Cemetery.  His civilian headstone reads JOSEPH BRUNELLE.

All we know about Matilda after Joseph's passing is that in 1915 she was apparently living in Stanley, Cass County, North Dakota. The date of her passing and  final resting place are not known.