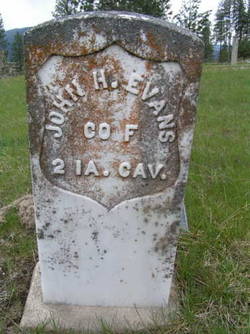 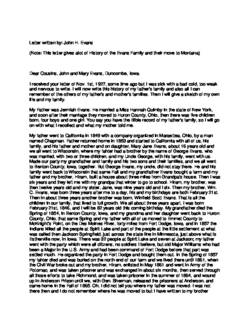 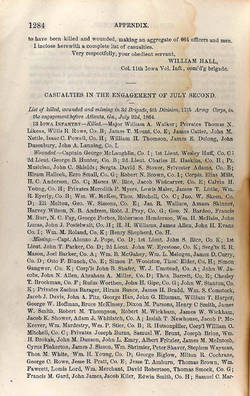 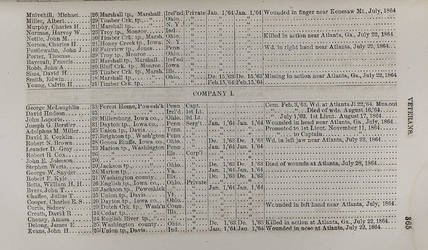 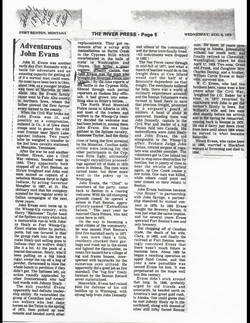 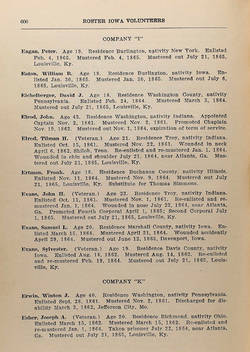 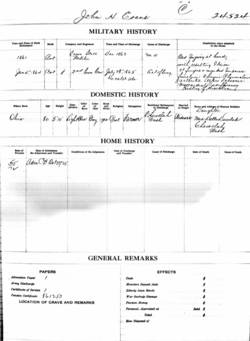 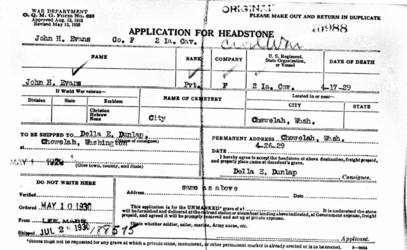 Formed in 1861, in March, 1862, the 2nd, a three year western theater organization, found itself aiding in the reduction and capture of New Madrid and Island No. 10 in the Mississippi River. In May, it was involved in the siege of Corinth, MS and on the 9th of that month made the famous charge at Farmington in which 100 men were unhorsed and half that number killed or wounded. In July it fought in the battle of Booneville. Next came the battles of Iuka and Corinth. In November and December the regiment played an important role in Union Gen. U.S. Grant’s move through central Mississippi towards Vicksburg. Following the Union disaster at Coffeeville the 2nd went into winter quarters at LaGrange, TN.

Early spring of 1863 found the 2nd riding all over northern Mississippi. By mid-April it was ready to start out on what was to become known as Grierson's Raid, one of the most brilliant cavalry exploits of the war. It then ended the year quietly
at Memphis, TN

In March, 1864 many of the regiment reenlisted as veterans and were sent home on furlough. Returning, that summer was spent raiding and scouting through Mississippi and middle Tennessee. By that November it was engaged in the hardest campaign of its history, resisting Confed. Gen. John B. Hood's invasion of Tennessee. The battles of Franklin (11/30/64) and Nashville (12/15 - 16/64) followed. Action at the latter place was the last combat role for the 2nd.

The spring and summer of 1865 were spent in unimportant duties in Mississippi. The regiment was mustered out that September.

ED. NOTE: The birth - to - death biographical profile which follows was created "By Request." It is based on available information such as U.S. Census data, family lore and a newspaper article entitled ADVENTUROUS JOHN EVANS which appeared in the Fort Benton, MT River Press on August 6, 1975. It does not utilize military service, pension and other records housed in the National Archives in Washington, D.C. As a result, it does not feature the factual depth and detail of other profiles found within this website.

Although other birth years exist, the preponderance of evidence points to John Henry Evans having been born 2/21/47 in Marietta Washington County, OH. The nearest community was likely Harmar. His parents were Jeremiah K. (b. 1818 Sullivan County, NY) and Hannah (nee Quimby b, 5/15/18 IA) Evans. While it is not documented, the Evans family were most likely farmers.

Interestingly, when the 1850 U.S. Census rolled around Sarah and her children were in Harmar Washington Co., IA,
but Jeremiah was no longer in the home. In 1854 he was noted as being in Benton Canton Co., IA in a household containing 5 males and 2 females. He did not die until May of 1857, so obviously he and Sarah had separated and/or divorced.

In 1860 Hannah and her children were still in Iowa, but no longer in Harmer or Washington County. Instead, they were farming in or near the community of Dakota located in Humboldt County. Although Hannah was listed as head of the household her now-twenty two year old son, Hiram, was the male head of the farm. Hiram joined 11th PA Cavalry Co. A on 8/20/1861 at Jamestown, IA. *

In 1861 civil war swept across America. Although only fifteen years of age at the time, there is some anecdotal evidence that by 1862 John was serving in company "A" of a state militia unit guarding Wild West frontier near Spirit Lake against hostile Indians. He exited the militia in December, 1863.

On 1/4/64 John either outright joined the U.S. cavalry or transferred to the Federal cavalry from the state unit in which he had been serving. His new unit of service was Company "F" of the 2nd Iowa Cavalry.

Without having access to Private Evans' military records, all we can say about his period of military service is that he survived the conflict, but deserted his unit at Decatur, AL on 7/28/65 after the shooting war had ended. Why he chose desertion rather than legal mustering out and discharge is not known. **

Like many other Civil War veterans, there is no solid documentation as to where John settled after the War. However, according to the afore mentioned 8/6/75 article in The River Press newspaper of Fort Benton Chouteau Co., MT,
in 1866 he and brother Hiram headed west. Stopping at Fort Benton, Hiram reportedly began hauling freight while although only twenty one years of age John "was (1867) soon named captain of a nebulous Montana force to fight Indians formed by acting Governor Meagher. The unit also reportedly scouted for the regular army during Indian campaigns over the next three years.

According to the 1975 article John Evans next turned up in the Whoop-up country with the Spitzee cavalry which
had a memorable run in with a man at Fort Whoop - up who was selling guns to the Indians. The cavalry members,
as wolfers, didn't like that a bit. When the individual being confronted threatened to blow up the entire assemblage with a keg of black powder, the Spitzees left. This action was roundly applauded by other frontiersmen who had had words with the munitions seller.

The still youthful Evans apparently had definite leadership ability as he next ramrodded a group of Canadian and American wolfers who had lost their horses on the Teton (river) in the spring of 1873, then picked up new mounts and headed north. They reportedly got remounts after a scrap with Assiniboine Indians on Battle Creek in the Cypress Hills. On the heels of this encounter a great nephew of John Evans claimed that John was the man who brought the mounted police into Canada. With the advent of the Mounties most of the traders and wolfers in the Whoop - up country, including John decided it was time to leave. This appears to have been ca. 1874.

Returning to Ft. Benton, ca. 1875, John opened a drinking establishment he named the Extradition Saloon. It was probably due to his saloon business that the U.S. Census for 1880 noted his occupation as "stocker.” During this same
period of years he also became Ft. Benton's first fire marshal. Then, In '82 John bought the Brewery Saloon. It was just what the name implies, so for several years he operated Ft. Benton's one and only brewery.

Dropping back a bit, on 9/19/76 John had married Clara Peters (b. 1/9/59 IA), a young woman who had come to the Benton area with her parents in '75. The couple started a family, but things didn't work out well. A son, John H. Evans (b. 7/27/77) died that same year. The next year a daughter christened Della E. (b. 12/3/78) came into this world. She was followed by another girl child named Clara A. who was born in July, 1879, but died in 1880. Finally, in May, 1882 another son they named Jeramiah was born. Sadly, in October, 1882 Clara died and, the following month so did Jeremiah. Clara (likely also her children) was/is buried in the Chouteau County's Riverside Cemetery.

Although available documentation is sparse on the matter, it seems that in early 1883 John – presumably with daughter Della to care for - remarried. His new bride was the previously wed, but widowed Elizabeth "Lizzie" (nee Martin b. 3/61 VA) Copenhaven. She brought one child - a son named William Franklin Copenhaven - to the marriage, but also gave John two sons: Frank Leslie (b. 1886 Ft. Benton Chouteau Co., MT) and Grant H. (b. 10/16/88 Evans, MT).

While it appears he had become a solid citizen within the community of Ft. Benton, with the coming of the railroad to the area, changing trade practices with nearby Canada and the death of his first wife and young children plus his remarriage, John decided doing business in Ft. Benton was no longer for him.

About 1888 Mr. Evans began a ranching operation on upper Sand Coulee, Cascade County MT. That same year a new post office in the region was named Evans for him. The office reportedly remained on local maps into the 20th century.

In 1898 gold was discovered in the Klondike region of Alaska. Probably urged to do so by old friends and associates,
John headed north on America's last great gold rush. He reportedly spent twenty years prospecting, presumably
without too much luck, before retiring to Chewelah located in Stevens County in the far north eastern part of the State of Washington. He likely chose that community because his married daughter, Della, resided there. The census for 1920 found him there - a widower- employed as a janitor in an office building.

In 1927 at the age of 80 years we gain this look at James Evans the physical being. He was 5’10” in height, having a light
complexion, blue eyes and gray hair.

And Lizzie? The census for 1900 found she and son William by her first marriage residing in Cascade, Sand Coulee, Mt.
At that time she noted that she had given birth to three sons, all of whom were still living. She was divorced and supporting herself as a dressmaker. She died 4/11/11 in Seattle King County, WA. She was/is buried in Seattle's Mt. Pleasant Cemetery

As concluding notes on the life saga of a Civil War soldier, had John abandoned his wife Elizabeth and, perhaps
his sons and stepson when he headed for Alaska? Elizabeth obviously died before John, so in 1920 he had indicated he was widowed, not divorced or single. Were they separated, but never divorced? We may never know the answers to these questions.

*During The Rebellion Hiram served in the 11th Pennsylvania Cavalry. He survived the War.

**In later years it appears an Act of Congress granted John an honorable discharge retroactive to the 7/28/65 date of his desertion. On 10/27/25 his allowed him, on 10/27/25 to begin receiving a U.S. Government disability pension based on an injury to his right hand and resulting chronic rheumatoid arthritis in his fingers, arteriosclerosis and a history diarrhea. It also allowed for a military headstone to mark his gravesite.