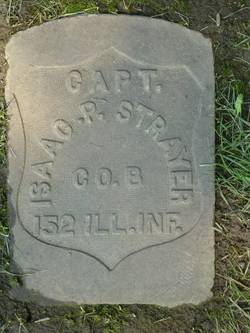 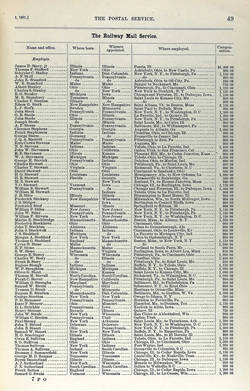 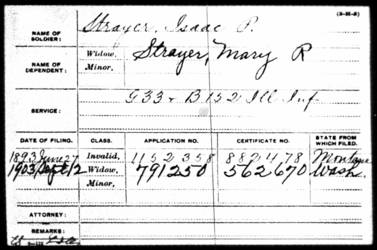 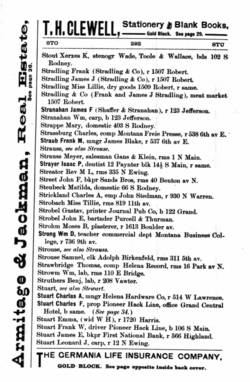 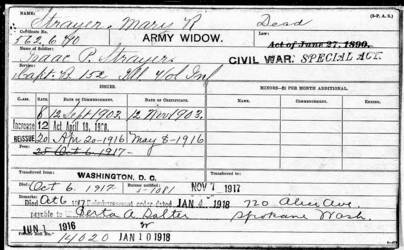 The 33rd Illinois Infantry, a three year western theater regiment was organized and mustered into Federal service in September, 1861. Before the end of that month it moved into Missouri via St. Louis. From Missouri it marched into Arkansas.

July, 1862. At Cache Creek/Cotton Plant, Arkansas several companies of the unit fought a battle with Texas Rangers. The 33rd lost no men during this incident. Expeditions up and down the Arkansas River followed. The regiment concluded the year involved in operations in both Missouri and Arkansas.

In early 1863 Union forces commanded by Gen. U.S. Grant began maneuvers which ultimately resulted in the surrender of Vicksburg, MS. Battles in which the 33rd participated during this period included Port Gibson, Champion Hill, Black River Bridge as well as the assault upon Vicksburg. The siege of that city preceded its surrender on 7/4/63.

August of 1863 found the 33rd moving to New Orleans, LA. From there it was ordered to Brownsville, Texas.

Following veteran volunteer reenlistments in early '64 the regiment was reorganized and returned to New Orleans where it performed guard duty. This assignment continued throughout most of the calendar year.

A train wreck in March, 1865 killed a number of the regiment's men and injured many others. After this the regiment participated in Union efforts to capture Mobile, Alabama. There, one was killed and two died of wounds during the assault upon Spanish Fort.

From Alabama the 33rd travelled to Vicksburg, MS where it received final muster. From there the men returned to Camp Butler for final pay and discharge.

During the late winter and early spring of 1864 Union General U.S. Grant was planning his Overland campaign which, once begun, would finally bring an end to four years of bloody civil war. In fielding his armies Grant pulled as many "experienced" troops as possible from rear echelon positions. This necessitated creation of many short time, primarily non-combat units to fill the empty garrison, railroad guard, etc. positions. One such unit was the 152nd.

A one year, western theater regiment, the 152nd was organized at Camp Butler, Illinois and mustered into Federal service 2/18/65. Two days later it moved to Nashville, Tennessee and from there to Tullahoma where it was assigned guard duties along the Nashville & Chattanooga Railroad. It was mustered out at Memphis to date 9/11/65 and from there returned to Camp Butler for final pay and discharge.

NOTE: The biographical profile of Civil War veteran Isaac P. Strayer which follows is a Requester Profile. As a requested creation, it does not draw upon the various documents pertaining to veterans of the American Civil War found in the National Archives in Washington, D.C. As such, it does not contain the detail found in fully researched biographies.

Isaac Putman Strayer was born in July, 1841 in Logan County Ohio. As of this writing no birth date has been found for him.

Esther was Nicholas' third wife.  His first, Emmaline (nee Snyder b. 1808 MD) had died sometime prior to 6/7/13 which is when Nicholas and his second wife, Rebecca Whiteneck (b. unk.)  were married in Berkeley County, VA. The fate of Rebecca is not documented. Nicholas and Esther were married in Champaign, OH on 4/4/33.

By the time of the 1860 U.S. Census, Nicholas was gone and Esther with nine of her children, including Isaac, was residing in Lexington, McLean Co., IL. What had prompted the move and when it occurred is not known. Likely, however, it was somehow connected to Nicholas' passing.

On 10/19/61 Isaac enlisted in the U.S. Army infantry. His unit and regiment were Co. "G" of the 33rd Illinois Infantry. As we do not have his military records while with the 33rd, we don't know what happened to him, but on 4/25/62 Private Strayer was granted a disability discharge.

In February, 1865 as four years of bloody civil war ground towards closure, Isaac, by then apparently residing on his own in Bloomington, IL re-enlisted in the Army for a period of one year. From this occasion we learn that at the time of his re-enlistment Isaac was 5'9" in height, had dark hair, blue eyes and a light complexion. His occupation was noted as "clerk." More importantly, we learn that this time, Isaac was not to be a private soldier. Instead he was a captain, the rank which he held until mustered out of the service that September.

As was the case with many Civil War veterans, Isaac and family can't be located the U.S. Census for 1870. It is highly likely, however that they were still in McLean Co., IL as that was where twins  Mary and Berta were born in 1868. In 1874 the family was joined by daughter, Julia. Sadly, young Mary did not survive to be tallied in the 1880 census.

By 1880 the Strayer family was on the move. By the time of that census they were residing in Fort Scott, Bourbon County, Kentucky. There Isaac was employed as a postal clerk. Five years later the Strayers were still in Ft. Scott, but by that date Isaac was a practicing dentist.

1889. As of this year Dr. Strayer had moved his family and his dental practice from Kansas to Helena, Montana. The following year he was listed as a dentist in the City Directory. The same was true for 1892.

It appears that by 1/31/99 the Strayers had left the United States and were living in South Edmonton Alberta Canada. It was while there the two time former Civil War soldier was granted a U.S. Government Invalid Pension based on ailments or conditions which he traced back to his days of soldiering. Details pertaining to the grounds on which the pension was granted and dollar amounts of the stipend are not available.

Exactly when and why the Strayers moved to Canada and how long they remained there is not known. What is known is that by 1900 they were back in The States residing in Great Falls, Cascade County, Montana. There Isaac was no longer a practicing dentist but making some income as a day laborer.

Isaac died on 9/2/03 in Spokane, Spokane Co., Washington. Again, exactly what had drawn he and Mary to that locale and when is not known.  The cause of the old soldier’s passing was heart problems. The location of his death was a still existent care facility located at 637 Magnolia.  Burial was/is in Spokane's Fairmont Memorial Park.

After her husband's death Mary continued to reside in Spokane. She died October 6, 1917 and was/is buried beside Isaac.