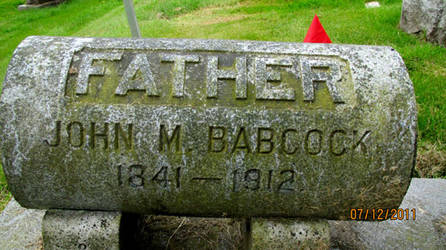 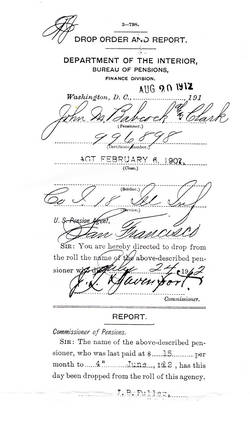 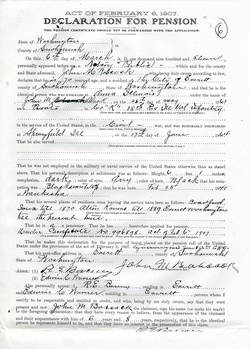 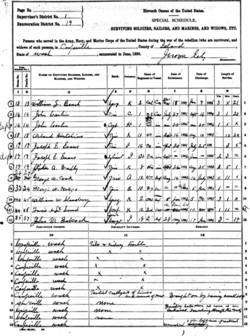 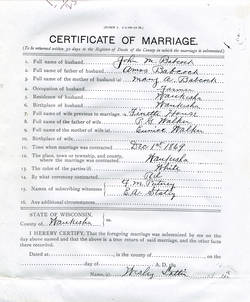 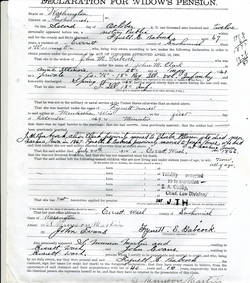 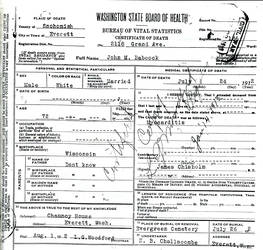 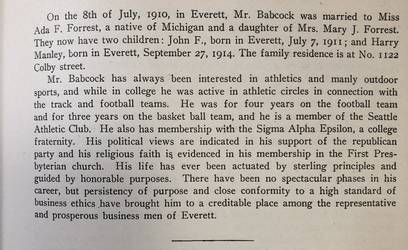 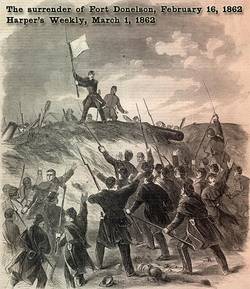 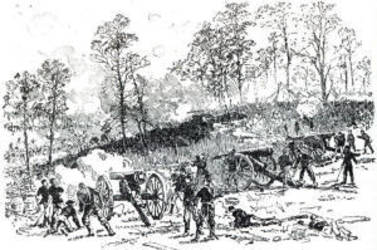 The 18th, a three year "western theater" regiment was ushered into Federal service by Ulysses S. Grant who was then the muster officer for the State of Illinois. It remained in -state until late June, 1861 when it to Missouri where it drilled, worked on and guarded railroads, guarded gunboats and chased Rebel guerrillas. Poor camp locales during this period took a tremendous toll on the 18th in terms of illness.

In February, 1862 the 18th moved into Tennessee with now General U.S. Grant, subsequently participating in the capture of forts Henry and Donelson. During the latter action the unit suffered 200 casualties with 50 men dying on the field and 10 more shortly thereafter.

April 6, 1862 found the 18th at Pittsburg Landing/Shiloh, TN. Following the ensuing bloody battle the regiment reported 10 killed, 62 wounded and 2 missing out of 435 officers and enlisted men who took to the field. Next came an advance on Corinth, MS followed by a march back into Tennessee.

During the first half of 1863 the 18th moved throughout Tennessee and Mississippi pursuing Confederate forces and performing more mundane tasks. At mid-year it was stationed near Vicksburg when that city succumbed to Federal siege. Participation in the “Arkansas expedition " followed. Again, sickness greatly reduced the regiment's already thin ranks, but by early September Little Rock had been captured. Thereafter the unit remained in Little Rock.

In late May, 1864 original enlistments expired. After that, re-enlisted veterans and new recruits were formed into new companies. Thus, at final muster in 1865 the regiment was composed of two veteran companies (B & C), one of three year men (A) and seven of one year recruits.

Beyond birth, the first information available on John is connected with his enlistment into the U.S. Army early in the American Civil War. From enlistment records we find that when he enlisted John used his stepfather’s surname, Clark, rather than the Babcock surname from his birth. Also, he was 6'1" tall, darkly complexioned, had grey eyes, and dark hair. It is unclear if he was occupationally a farmer or blacksmith. From here, however, matters get murky.  For one thing, he enlisted as John M. Clark, not Babcock.  He obviously took his stepfather Lucian Clark last name at time of enlistment

Private Clark’s period of service was benign.  While he did make one inter-regimental transfer from co. "K" to co. "H", there are no recorded indications of illness, injury or wrong doing.

On 12/1/68 in Waukesha Co., IA John remarried to the previously married Fynette E. House (nee Ellarson b.5/25/45 Muskego Co., WI).  Here, there are different spellings of the new Mrs. Babcock’s first name. While herein we are using Fynette, the family indicates it was Fynett.  Fynette was Phoebe Ellarson/Babcock’s sister.

As can be seen from the birth information above, at some time in the 1870s the Babcock’s removed from Iowa to Kansas. The 1880 census noted their place of residence as Sumner Twp. Osborne Co.

During the decade of the '80s the family departed Kansas in favor of Everett, Snohomish County, WA. Why the relocation was made is not documented, but likely it was because adult children/stepchildren already resided in Snohomish County. Also, it is not clear if the transition was made in 1886 or 1889. This would be the family's final move.

The 1910 U.S. census for Snohomish County, WA indicated the Babcock household consisted of J.M. (occ:  real estate), Fynette and Frank. That was likely the household makeup when on 7/24/12, John died at the noted age of 75 years. Although he had been apparently in fairly good heath, the former Civil War soldier had suffered a stroke. His occupation at passing was still listed as real estate, but his obituary noted that he was also known as "Judge" because of earlier holding the position of justice of the peace. Where this had been, is not known.  He was survived by his widow, two daughters, one son and one stepson. All were residing in Snohomish County. Burial was in Everett’s Evergreen Cemetery.