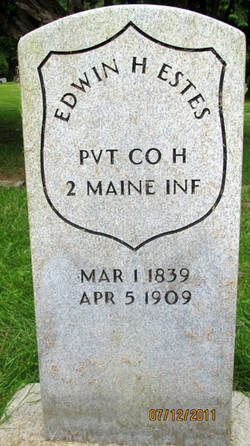 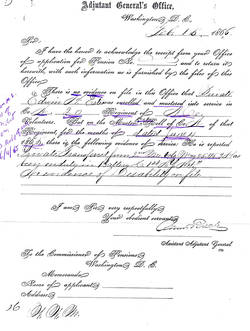 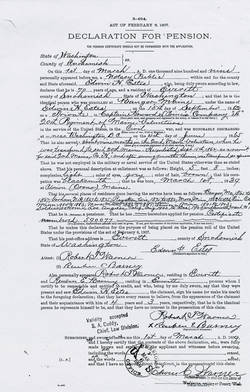 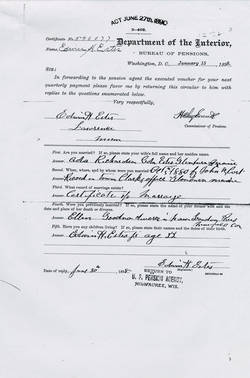 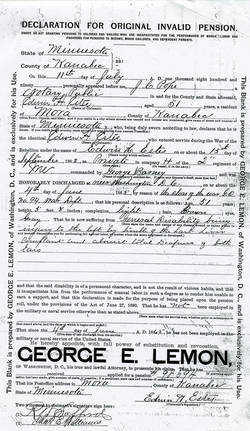 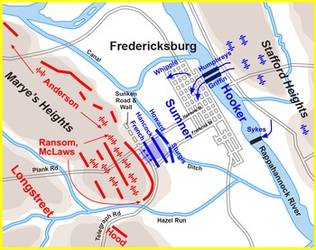 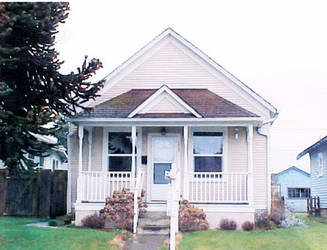 Members of the 2nd, an "eastern theater" regiment, originally enlisted for three months, but were mustered into Federal service for two years. As we shall see, this later posed some problems!

The regiment left Maine on 5/4/61 and saw its first major action in July at the Battle of the 1st Bull Run near Manassas, VA for which it immediately received praise from the brigade commander who later wrote, "The gallantry [displayed by] the 2nd regiment of Maine Volunteers [when they] charged up the hill upon the enemy's artillery and infantry, was never in my opinion surpassed."

Not long after 1st Bull Run problems arose in the ranks of the 2nd. Some of the men, seeing three-month recruits from other states returning home. Claiming their time, too, had expired, they became discontented, even insubordinate. Some might say they mutinied....although sixty-six of these "mutineers" were sentenced to serve hard time at the Federal prison located on Tortugas Island off the southern coast of Florida, their sentences were later commuted. They were then transferred to the 2nd NY Infantry where they served about a year before returning to the 2nd ME with whom they faithfully served for the remainder of their terms.

Late spring, 1862 found the regiment with Union Gen. George B. McClellan on the Virginia peninsula. Engagements included Yorktown, Hanover Ct. House, Gaines' Mill and Malvern Hill. In the closing days of August the 2nd was with the forces of Union Gen. John Pope at 2nd Bull Run/Manassas. By this time unit strength was reduced to 257 muskets. When the battle ended that strength was down to 157 men able to carry arms.  The next month the unit was at Antietam/Sharpsburg, MD. The 2nd concluded the year at Fredericksburg, VA.

According to one unit history, the first half of 1863 was apparently less demanding for the 2nd than had been '62. The regiment mustered out in early June displaying the following losses: Officers killed/mortally wounded = 4; Officers died of disease/accidents, etc. = 0; Enlisted men killed or mortally wounded = 65; Enlisted men died of disease/accidents, etc. = 70.

The 20th, an "eastern theater", Army of The Potomac regiment was the last of the three year units to be raided in Maine. It left the state in early September, 1862 and subsequently went into camp on the Arsenal grounds in Washington, D.C. Shortly thereafter it was at Antietam/Sharpsburg, MD where it was held in reserve. The 20th concluded the combat year at Fredericksburg, VA by being under fire in front of the stone wall at the base of Marye's Heights for thirty six hours.

May, 1863 found the 20th engaged at Chanellorsville, VA. On July 2nd they anchored the Union right along Cemetery Ridge at Gettysburg, Pa and were hotly engaged for many hours. Losses were 3 officers and 134 enlisted men killed and wounded. The fighting for the year concluded with the battle of Rappahannock Station, VA during November's Mine Run Campaign.

In the spring, 1864 with Union Lieut. Gen. U.S. Grant at the helm of all Federal forces the Army of The Potomac headed southward on the Overland Campaign which would ultimately bring an end to four years of bloody conflict. Actions during this campaign included The Wilderness, Spotsylvania Ct. House Totopotomy Creek, North Anna and, at mid year, the attacks upon and ultimate investment of Confederate works before Petersburg.

1865 found Union forces, including the 20th still locked in the trenches before Petersburg. Actions which preceded the April 2nd breaching of the Confederate works and Confed. Gen. R. E. Lee's Army of Northern Virginia fleeing westward toward their 4/9 fate at Appomattox Ct. House included Bethesda Church, Hatcher's Run, Weldon RR, Peebles' Farm, Boydton Road, Gravelly Run and Five Forks. At Appomattox, upon completion of negotiations for the surrender of Lee's army, the 20th was one of the regiments designated to receive the Confederates' arms and colors. Final muster was in July.

The 1860 U.S. Census for Orono, Penobscot County, ME listed Edwin residing with the John and Belinda Merrill family. His occupation at the time was "mill man."

In September, 1862 the 5'8", brown eyed, light complexioned Edwin, then employed as a blacksmith, answered his country's call to arms and joined the U.S. Army, specifically the 2nd Maine Infantry. What happened next has been immortalized in the 1989 movie Gettysburg starring Jeff Daniels. As portrayed in the movie, the 2nd was a two year regiment, but some of its members had enlisted for three. As such, in 1863, when it came time for the regiment to be mustered out of service, those who had inadvertedly signed on for three years were not allowed to go home and "mutinied." As a result the mutineers were given the option of transferring into the 20th Maine Infantry in order to avoid being punished. Most, including Private Estes did so thereby serving with the 20th during its well-known stand on a hill known as Little Round Top, July 2nd, 1863 near the town of Gettysburg, PA.
Having made a successful transition from the 2nd to the 20th Maine, Edwin served out his infantry enlistment and then re-entered the service as an artilleryman. He was honorably discharged from that enlistment in June, 1865 having, for all practical purposes, survived the War without serious damage at least, as we shall see, physically.

Departing the military Edwin returned to Maine settling in the city of Bangor. He remained there until 1867 when he removed to Gorham, NH. Somewhere along in here, likely after the New Hampshire move, he married Ellen Goodno (b. 1851 NH).  The marriage reportedly took place at Loudon, New Hampshire.  The couple however, in 1870 was residing in Randolph, Coos County, NH.  The union would produce three children before Ellen's untimely death in 1880: Frank (b. 1867 NH), Alice (b. 1871 NH) and Edwin H., Jr. (b. 9/1876 WI).

As can be seen from the Estes children’s’ places of birth, Edwin and Ellen remained in New Hampshire following their marriage. As earlier noted the census for 1870 found the young family residing in or near Randolph, Coos County, with Edwin employed as a farm laborer. In 1875, however, the Estes removed from New Hampshire to Royalton, WI. This was not to be the family’s last move as the census for 1880 found Edwin, Ellen and their three children living in Porter, Union County, Indiana where Edwin was employed as a stone mason. It was there, sometime between June and September of the same year Ellen died from unknown causes.

Perhaps it was because Edwin found himself a widower with three children that prompted a quick remarriage, but for whatever reason, on 10/5/80 he wed a second time to Ada Richardson (b. 1861 or 4/62 ME) at Glenburn, ME. It is not clear if Ada had been previously married, but obviously Edwin knew her and wanted a mother figure for his offspring.

Where Edwin and Ada lived following their marriage is not known, but in 1883 they moved Minnesota. Exactly where in that state they lived over the next several years is not clear but locations such as Mora, Pine City and Lawrence (1891) are mentioned in available documents.

1900 found Edwin, Ada and son Edwin, Jr.  residing in Isle Harbor, Mille Lacs, MN. The stay was not long and Edwin's health must have been failing as from August through December, 1903 he resided in the Los Angeles, CA soldiers' home until moving northward to the city of Everett, WA in that latter month.

Pension documents from 1909 continue to have Edwin and Ada in Everett. Named in those documents are attorney brother Robert and Edwin Warner, both Civil War veterans who are buried in the G.A.R. Cemetery in nearby Snohomish, WA. Evidenced in those papers is the continued failing of Edwin's health from a variety of sources including heart trouble, almost total deafness in both ears and "general debility."

The life of Edwin H. Estes, former Civil War soldier, came to a tragic end on 4/5/09. The Everett Herald newspaper described his death, in part, as follows: "Safely reaching "three score and ten" (70) with an excellent military record (Edwin) sat down on the steps of his little home (located at) 1823 Rockefeller and drank a fatal dose of strychnine this morning. Officer Johnson, driver of the police patrol van and a neighbor saw the aged man take the deadly draught, but was unable to take the bottle away from the shaking hand until the poison had been swallowed. If anything happens to me, said the veteran earlier in the day to Johnson, don't think it was my wife's fault, for she is a good woman and good to me. A little later something did happened; although neither Johnson nor anyone else who heard the old soldier talk of self-destruction believed that he would take his life. Dr. W.C. Cox was immediately called. Before driving to the house the physician gave hasty orders by telephone for an antidote to be administered, but upon arriving at 1823 Rockfeller, Edwin H. Estes was dead. Dr. Cox makes the statement that the suicide must have swallowed at least twenty grams of strychnine........The Estes family has been in Everett for about five years. There was a time, friends state, when the elderly man drank to some extent, but, during the last four years he had not touched liquor. During the absence of his wife in Seattle the old longing for drink resumed and his is noted as being the primary reason for the suicide. The article went on to note: The deceased was a private in co. A 20th Maine, and upon the reverse side of his discharge papers is written by his captain, Howard L. Prince, the following glowing tribute to gallantry: Edwin H. Estes is a good soldier and has distinguished himself for gallantry and coolness in action. He was engaged in the battles of Antietam, Fredericksburg, Chancellorsville, Gettysburg, Falling Waters, Rappahannock Station, Mine Run, Burt's Station, (The) Wilderness Spotsylvania, Cold Harbor, North Anna, Bethesda Church, White Oak Swamp (and) Petersburg in the explosion of the mine. Since Chancellorsville he has been on duty in battery C, 1st NY light artillery.

At death Edwin was receiving a $12 per month government stipend based on his days of Civil War soldiering. He was buried in Everett's Evergreen Cemetery.

Following her husband's passing Ada remained in Everett. The 1910 census noted her living with stepson Edwin H., Jr., who was then aged 34, single and employed in a logging camp. Ada died 5/29/1922 at Washington’s Northern State mental hospital, then located in the Skagit County community of Sedro Woolly. She was buried in Everett beside her husband.