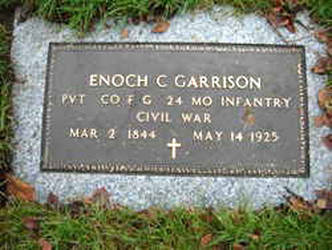 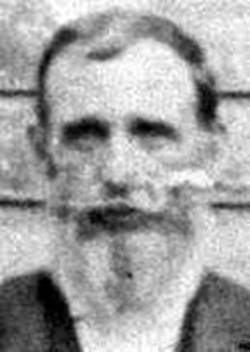 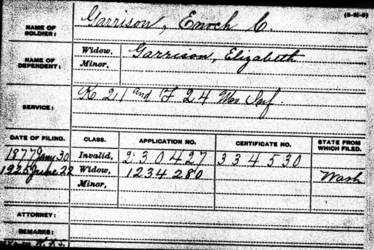 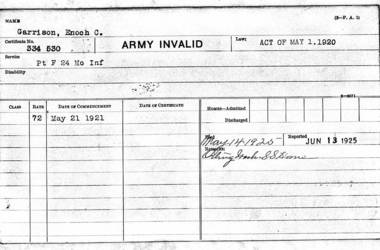 The 24th, a three year western theater regiment was organized “at large” from within the State of Missouri. It was then attached to the Army of Southwest Missouri in various ways until late 1863. After that it was assign to the Army of the Tennessee until mustered out of existence in late, 1864.

As the “pontoon battalion of the 24th companies “F” and “K” contributed greatly to the war effort by providing transportation at treacherous and hazardous positions. The Confederates did not have access to pontoon bridges. Typically the pontoons wee made of canvas covered wooden boat frames with planks laid over to form a “roadway.” The beams and planks wee called “chess” and “balk”. Other systems used wooden boats. The material and equipment were transported on about 35 wagons called a “pontoon train.” An engineer company with a full complement of men on pontoon service would total 150. Companies “F” and “K”, consisted of a little over 200 men. The 24th’s pontoon equipment had to be destroyed during the engagement at Jenkin’s Ferry, AR (April 30, 1864) in order to prevent it from falling into Rebel hands.

The 21st, a three year western theater regiment, was formed by the consolidating two battalions raised in

Northwest Missouri during July, 1861. The consolidation order was dated 12/31/61. The first mention of the 21st in the official records of the war comes from Shiloh/Pittsburg Landing, TN (April 6 & 7, 1862) when it formed part of the reconnaissance force sent out by Union Gen. Prentiss which opened the battle. During the first day of fighting the unit occupied a prominent place in the Federal line which held with such tenacity that it only fell back when ordered to do so.

At Corinth, MS it was in Union Gen. McKean's division which met and repulsed the heaviest assault of the enemy.

It then fought at the battle of Tupelo (7/14-15/1864) as well as some lesser known engagements in Mississippi where it remained until transferred to Nashville, TN. There, it participated in the defeat and pursuit of Confederate forces under General Hood.

In early 1865 the 21st was ordered to Eastport, MS. There it guarded the transportation lines of the 2nd division,

16th army corps.  It remained there until March 22nd when it was ordered to Mobile Alabama to assist in the reduction

of Spanish Fort and Fort Blakely. There it distinguished itself with bravery and lost heavily in killed and wounded.

The last report of the regimental commander is dated 10/31/65. It states that the unit was then on detached service at Mobile, Sparta, St. Stephens and Claiborne, AL.

ED. NOTE: The following is a birth-to-death biographical profile of Civil War veteran Enoch C. Garrison. As a "request bio." it does not draw upon the extensive documentation available from the National Archives in Washington, D.C. and therefore lacks the details featured in profiles based on archival material.

Around the first of October, 1861 young Enoch enlisted in the U.S. Arm for his initial term of service. Without access to his military records, nothing is known about that service, even when he was mustered out of the 24th Missouri and discharged.

3/1/62 only a day or perhaps two, shy of his eighteenth birthday Enoch enlisted in the U.S. Army for a second time. Again, records are not available pertaining to where he enlisted, but in 1860 the U.S. Census placed he and his birth family in Polk, Christian County, Missouri, so perhaps it was at that locale that he entered into the service of his country on both occasions. During this enlistment his unit was initially Company "F" of the 21st Missouri Infantry.

On 12/28/62 Private Garrison became a prisoner of war. Details of his capture are not available. He was out of action until sometime in March, 1863 when he returned to duty.

Following his return to duty young Garrison's military tenure tended to be fairly benign, the only incident of note being his transfer from Company "F" to Company "G?" sometime in January, 1865. He was mustered out on March 10th of that year and returned to being a civilian farmer.

As evidenced by the birth states of Enoch's and Elizabeth's children, the family kept on the move especially between Missouri and Iowa. A number of the moves may be based on the fact that Enoch quitted farm life and turned his occupational pursuits elsewhere, first as an iron molder (1900) and, later, in the real estate business (1906).

The 1906 date is of special interest to us because that year Enoch was listed being in the real estate business in the Seattle, King County, Washington City Directory. What had drawn the Garrison family to the Puget Sound region of the Pacific Northwest is not known. Also unknown is exactly when the family arrived here and whether or not they settled in or outside of the City Of Seattle proper.

The census of 1910 found Enoch, Elizabeth and children Lloyd Garfield, Elmer, Guy and Roy as still residing in Seattle. By this date Enoch was noted as having no occupation while Roy now had a wife and son in the Garrison home.

1920. Another decade. Another census. By this year Enoch was an inmate/resident of the Washington Soldiers' home located in Orting, Pierce County, Washington near Tacoma and south of Seattle. When and why he entered this facility is not documented. Also not noted is whether Elizabeth was in residence there with him. Likely she was, however, as Enoch listed himself as being married.

Enoch died in Orting on 5/14/25. The cause of his passing is not known. Burial was not in the Orting cemetery, but at Evergreen Washelli a cemetery that was then north of Seattle, but now within the city limits.  (Sec. 3, lot 198, grave #1.)

Elizabeth died in Seattle on 5/19/25 only a few months after Enoch's passing. Details of her death are not known, but being as it was so closely on the heels of her husband death, perhaps it was because of loneliness and a broken heart......Her final resting place was/is beside that of Enoch's at Evergreen Washelli.