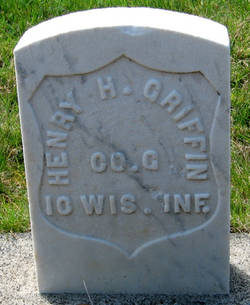 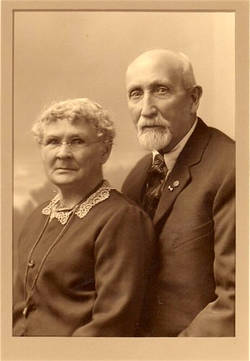 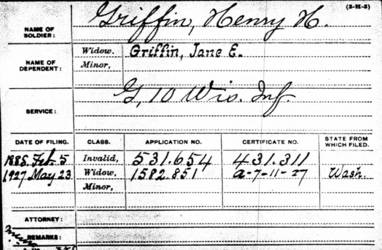 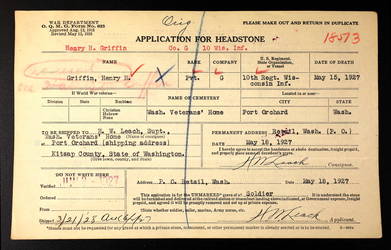 The 10th, a three year western theater regiment, was organized in Milwaukee, WI. It left that state on 11/9/61.The following spring it marched upon Bowling Green, KY then dislodged the enemy at Huntsville where it captured the military road, machine shops, engines and rolling stock. The unit next participated in the cities of Stevenson, Decatur and Tuscumbia.

The defense of and saving of Painted Rock Bridge, AL Afterwards it fought guerillas at almost every step as a movement was made to the Ohio River. It then fought at Huntsville and at Stevenson repelling an attack at the latter place.

At Perryville, KY (10/8/1862) the 10th was under heavy fire and at one time held its position for twenty minutes with empty weapons until the artillery battery it had been ordered to support was placed in a safe position. Of two hundred seventy men engaged thirty six were killed, one hundred ten wounded and one missing.

Stones River, GA was the next site of action for the 10th. There it remained on the field for four days. It then moved to Hoover's Gap and was next under terrible fire at Chattanooga, TN. There eighteen were killed, fifty six wounded and one hundred thirty two missing, most of the latter having been taken prisoner by the enemy.

In Tennessee at Missionary Ridge (11/25/63) the regiment supported an artillery battery. During the Atlanta, GA campaign which followed it participated in the battles of Dallas, Kennesaw Mountain and Peachtree Creek.

On October 16, sixty four recruits and reenlisted veterans of the 10th were transferred to the 21st Wisconsin. The remainder of the men were sent to Milwaukee for final muster.

ED. Note: The birth to death biographical profile which follows was created "By Request." As such it does not reflect detail

that can only be obtained from military, pension and other files housed in the National Archives in Washington, D.C.

Henry Harrison Griffin was born in 1840 in Cass County, Michigan. His father was George W. Griffin (b. 1812 Upper Canada). His mother was Rebecca Mariah (nee Higgens b, 1812 NY) Griffin. The Griffins were a farming family.

By the time of the U.S. Census in 1850 the Griffins ere residing and farming in or near the community of Waushara located in Dodge County, WI. A decade later, in 1860 they were still in Wisconsin, but by then no longer in Dodge County, but in Melrose, Jackson County.

Based on limited information available, by 1861 when Harrison enlisted in the U.S. Army, he was likely no longer living on his parent’s farm. However, his living situation in Black River Falls, Jackson Co., WI is not known. Without the availability of Private Griffin's military service records, also not known is his experiences, possible wounding, illnesses, etc. while a member of the 10th Wisconsin Infantry.

As noted by the birth states of Harrison and Jane's children, during their years together they kept moving west. In 1870 the Griffins were residing in Featherstone, Goodhue County, MN. Based on Ellis having been born during September, 1869, the family had moved from Wisconsin sometime between February, 1867 and September, 1869. By the time Lettie was born in 1872 the family had quitted Minnesota in favor of Helena located in Lewis & Clark County, Montana. What had drawn the family there is not known. Finally, by the time of the next census in 1880 the Griffins had left Montana and were settled in or around the community of Waitsburg in Walla Walla County Washington Territory. In 1870 William had listed his occupation as "laborer." A decade later, in 1880 it was "hotel keeper."

Where the Griffins were residing in 1890 is not documented as most of that year's census data was destroyed by fire. Ten years later they cannot be found, either, but perhaps that was because they had left the U.S. In 1901 Harrison and Jane were noted as living in Wetaskiwin, Alberta, Canada.

1910. Another decade. Another census. By the taking of this population tally the Griffins had returned stateside and were residing in or near Selah Yakima County, WA.  Besides Harrison and Jane - who noted having borne five children with five living - residing in the home was their widower son, Ellis. Harrison's occupation was now listed as "rancher."

As of 1920 both Harrison and Jane were living as "inmates in the Washington State Veterans' Home located in Retsil, Kitsap County, WA. What had brought them to the home on the west side of the Cascades from there ranch on the east side is not known.