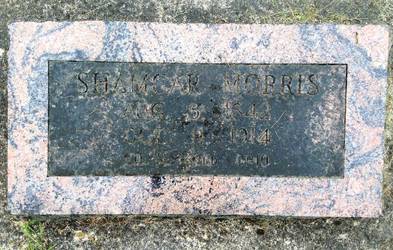 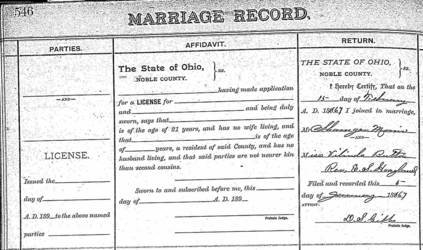 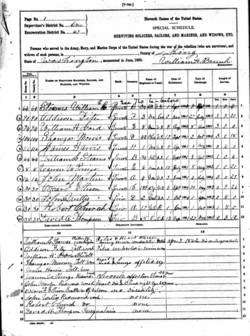 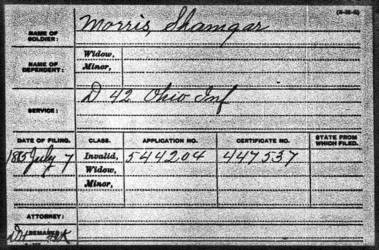 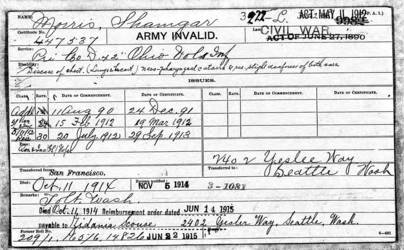 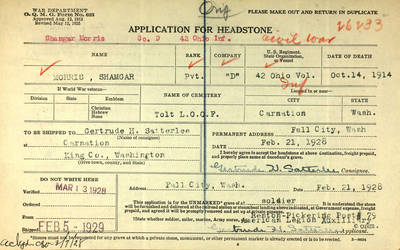 On 12/19/61 the 42nd, a three year western theater infantry organization, moved by railroad from Cleveland to Cincinnati. From there it traveled by river steamer to Catlettsburg, KY where it participated in the battle of Middle Creek (1/10/62).

After Middle Creek the regiment engaged in several expeditions against Rebel guerillas. It concluded the year by leading the Federal advance against the defenses of Vicksburg, MS.

The 42nd next lead the advance on Ft. Hindman  located near Arkansas Post , AR(1/9-11/63). Soon after coming under Union fire the enemy forces surrendered.

In the early months of 1863 Union forces under the command of Gen. U.S. Grant once again began moving toward Vicksburg, MS. During this period the 42nd was engaged at Champion's Hill (5/16/63) and Big Black River Bridge (5/17/63). During the ensuing assaults upon Vicksburg the regiment lost heavily.

Upon the surrender of Vicksburg (7/4/63) the 42nd marched to Jackson and participated in the reduction of that place. It then returned to Vicksburg where it remained until ordered to the Department Of The Gulf. The remainder of its term of service was spent in Louisiana.

At the time of final muster the regimental banners bore the names of eleven battles. That muster came upon different dates, but was concluded by early December, 1864.

NOTE: Shamgar is the brother of Isaac Morris (29th IA Inf. Co. I - buried G.A.R. Cemetery Snohomish, WA). His birth - to - death biographical profile was created "by request", so it does not draw upon military, pension and other veteran-related files housed in the National Archives located in Washington, D.C. As a result, it does not feature the depth of detail found in other biographies located on this website. At a later time those files may be accessed and the information contained therein added to the narrative.

It appears Shamgar worked on his parents' farm until September, 1861 when he enlisted in the U.S. Army. Without access to his military records all that can be said about his three years of service is that - on some unspecified date in some unidentified place - he was absent, sick. Also, he survived The War.

With military service behind him, it seems Shamgar returned to civilian life. Perhaps that was on the family farm in Ohio.

As noted by the birth states of the Morris children, sometime between the birth of Florena in 1866 and Zidania 1879 the Morris family appears to have removed from Ohio to Washington Territory. What had drawn them westward may have been brother, Isaac Morris. Isaac moved his family to the Puget Sound area of Washington in 1879.

The U.S. Census for 1880 found Shamgar and family in Tolt - present day Carnation - located in Washington Territory's King County. Nine years later, in 1889, the family was still in eastern King County, but by that date slightly south of Tolt in or near the community of Snoqualmie. The eastern King County trend continued into 1900 when the family was in Preston and onto 1910 when they were back in Tolt. Although not documented, likely Shamgar was farming in these communities.

*. Isaac Morris served in 29th IA Inf. Co. I and is buried at Snohomish GAR Cemetery.

Buried at Carnation Cemetery aka Tolt