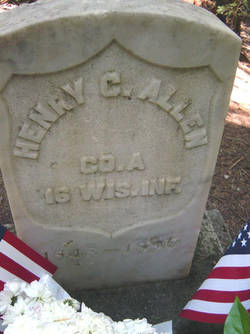 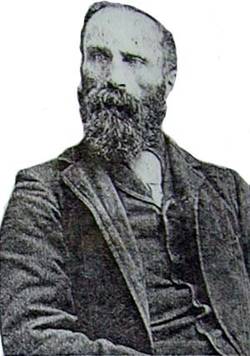 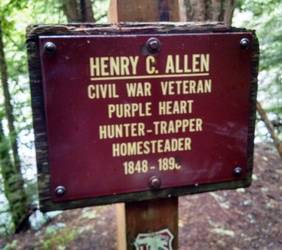 The 16th, a three year western theater regiment was organized and mustered in to Federal Service at Madison. WI. It left the state on 3/13/62 and proceeded to Pittsburg Landing/Shiloh, TN where it received its baptism of fire on April 6th and 7th. During the battle of Shiloh/Pittsburg Landing it was exposed to heavy fire for the greater part of the two days, thereby losing 245 men killed and wounded.

Later that same month the unit took part in the siege of Corinth, MS. It also participated in the second battle of that place in October. Railroad guard duty filled the days from 12/62 to the latter part of 1/63.

From 2/1/63 to the beginning of August the regiment was stationed at Lake Providence, LA. It then went into camp at Vicksburg, MS where it remained until late September.

During late 1863 and into February, 1864 the 16th was stationed at Redbone, MS. From there it guarded fords along the Big Black River and skirmished with enemy cavalry. It then moved into the campaign for Atlanta, GA.

In the battles before Atlanta in July, 1864 the unit lost 123 men killed and wounded. After the fall of Atlanta, occupation duty in that city lasted until August 26th when it moved in pursuit of Rebel forces. This resulted in engagements at Jonesboro and Lovejoy's station (9/8). It then went into camp at Atlanta.

ED. NOTE: The birth - to - death biographical profile which follows was created "By Request." It does not draw upon military, pension, homestead and other ACW veteran - related files housed in the National Archives in Washington, D.C. As a result it does not feature the depth and detail found in many other biographies found within this website.

Daniel’s second wife, Letilia, bore him two additional daughters. Those half siblings of Henry were Lucy Catherine Allen (b. 9/7/56) and Lettie W. Allen (b. ca. 1864 WI).

According to lore connected with this American Civil War veteran, in early 1864 Henry ran away from home and enlisted in the U.S. Army. He subsequently served in Co. "A" of the 16th Wisconsin Infantry.

During his circa fourteen months of service on 7/22/64 Private Allen was captured during the fighting around Atlanta, GA. He was subsequently imprisoned at the Confederate prison Camp Sumter located near Andersonville, GA. Despite the privations he undoubtably experienced while confined therein, Henry survived both his period of imprisonment and the War. In 1881, in Wisconsin, the former Private Allen applied for a U.S. Government disability pension based on ailments and frailties which traced back to his days of Civil War soldering. Because we do not have access to his pension files it is not known if a pension stipend was granted.

As was the case with many Civil War veterans, where they settled immediately after returning to civilian life is not known. Such was the case with Henry. Likely, however he returned to Wisconsin and as of 1870 he was living near Marion Waushara Co., WI with his post office noted as Spring Lake.

In 1880 Henry and family were residing in Berlin Green Lake Co., WI. It appears that five years later, on 6/17/88 they were still in Wisconsin, but then living in or near the Wood County community of Pittsville because that was when and where Melissa died. No details are available pertaining to her passing.

On 5/23/91 in Centerville Washington Co., ME Henry remarried to Annie M. White. Beyond her name, all that is known about the second Mrs. Allen is that she died in 1897.

It appears that after his second wife's death Henry and his three daughters migrated westward to the Puget Sound region of Washington Territory/State. What drew them to this area is not known.

In 1892 Henry and two of his daughters were living in or near the community of Orting in Pierce County. Henry's occupation at the time was noted as "surveyor." He also apparently loved to trap wild game and this pursuit led to his death during the winter of 1898. The following, adapted from an on-line article, relates to his passing:

"Allen was a land surveyor, a timber cruiser, and trapper who had a trap line in the Silver Creek region. He was a widower and father to three daughters, all who resided in Buckley (Pierce Co., WA).

In December, 1898 Allen had gone to tend to his trap line and did not return. A search party sent out to find him located him deceased sitting up against a tree where Silver Creek and the White River meet. Search party (members) surmised that Allen had probably succumbed from a heart attack.

The search party members built a fire and thawed out Henry’s body - frozen in a sitting - up position from the winter snows - as (they could not bury him until they could straighten his body. They buried him at that site with the intent of returning after the spring melt and recovering his body and returning it to his family in Buckley.

Allen's daughters met and decided their father was happiest in the mountains and near his trip line. They made a wonderful decision and did not have him returned down below to the flatlands. They ordered up a US Veterans head stone from back east and had it shipped out. They had the gravesite prepared and the headstone placed a couple years (later)."

Henry Allen Clay's gravesite is located in the Gifford Pinchot National Forest near Mt. Rainier at the confluence of Silver Creek and the White River. This is outside of Enumclaw King County, WA.