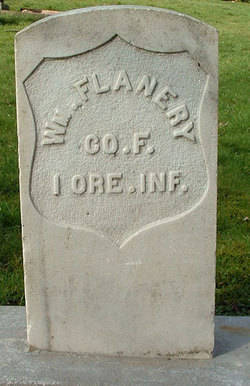 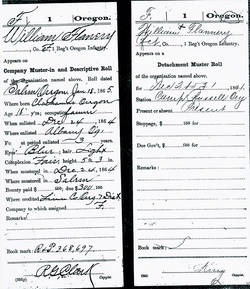 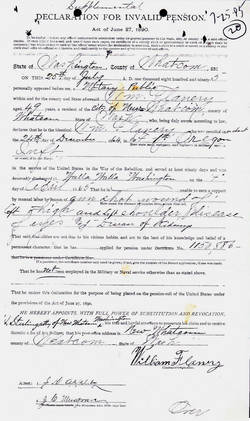 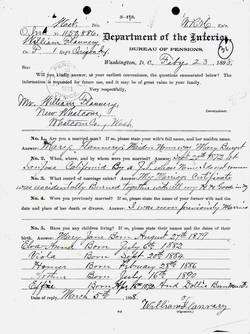 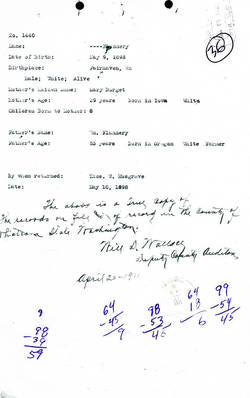 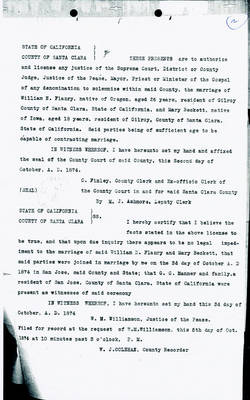 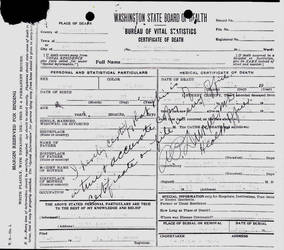 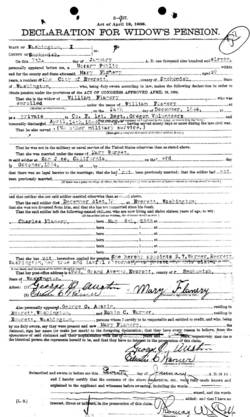 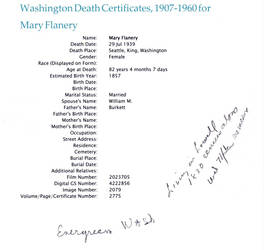 The 1st was recruited from the State of Oregon "at large."  Individual members were mustered into Federal service for either one or three year terms of enlistment.  All field officers were chosen/promoted from the 1st Oregon Cavalry.

The regiment saw service against Indians in Oregon and Idaho during 1865 and 1866. During 1865 it was employed guarding roads between The Dalles, OR, and Boise, ID, Boise and Salt Lake City, UT, Owyhee, OR and Chico, CA and Owyhee, OR and Humboldt, CA.

During the fall of 1865 a portion of the command went into winter quarters at old Fort Hall, ID at the junction of the Salt Lake, UT, Virginia City, NV and Boise, ID roads. The station was dubbed Camp Lander.  Another detachment made its winter quarters at Camp, Reed on Salmon Falls Creek, CA having only tents for shelter.

1866 found co. "H" in the Harney Lake Valley, OR. There, under the leadership of Capt. Loren L. Williams the regiment did some of its best fighting. It was compelled to march a long distance on foot, surrounded by Indians, both mounted and on foot.  The command succeeded in killing 15 of the Indians while sustaining a loss of 1 killed and two wounded.

* NOTE: Enlistment papers show William entering the service under the surname Flanery. At that time he apparently could not read nor write because his name is signed by someone else and identified by William's "mark". While in the military the surname appears as Flanery, Flannlly and Flannery.  Later documents, including his discharge paper reflects Flannery and signed in that manner by William himself.  As there are no pension files recording additional spellings, the surname used herein is Flannery.

William Flannery was born in Clackamas, OR on the 21st day of the month of May.   Likely the year was 1845. His parents were both born in Ireland.  As best as can be determined from available, poor quality documentation, his father’s name was Isaac.  His mother’s name is not known.

In late December, 1864, the 5'3” or 8" (military records reflect the 3” while later pension documents note the 8”), blue eyed, fair haired William left the farm for the U.S. Army. Likely the three year enlistment was prompted by the lure of a $300 enlistment bonus/bounty. Granting permission for the under aged farm boy to enter the military was Lewis Stewart.  William joined the military in Albany, Linn Co. OR.

Few details are available regarding Private Flannery's military tenure. In May and June, 1865 he was absent on detached service at Ft. Vancouver, Washington Territory. Obviously, however, he was physically unable to cope with the harsh demands of army life on the north western frontier as he was granted a medical discharge because of "general debility" long before his enlistment expired. With the military behind him William returned to the Stewart farm in Eugene, OR. In 1870 the census found him there working as a farm labourer.

On October 3, 1874 San Jose, California, William married Mary Burkett   (b.1857, 1858 or ’59 IA). Mistakenly Mary’s surname appeared on the marriage license as Beckett, an error she would have to correct years later. The union would produce eight children, the names of seven of which are documented.

Exactly where William and Mary settled and set up their first household is not documented, but likely it was in Oregon as that was where the couples' first child, Elva was born in July, 1882. Their next two children (Viola 9/84 and Homer 2/87) were born in Idaho. In July, 1889 when Arthur was born the Flannery’s were in Washington Terr./State).  Three additional children would also be born in Washington: Effie (b. 3/93), Dollie (b. 4/94) and Charley (b. 5/9/98).

Wherever the Flannery's may have put down roots in Washington, In 1900 William, Mary and all seven of their children were living in the Whatcom County community of Fairhaven.  Then a separate entity, Fairhaven is now part of the present-day City of Bellingham.

Although surviving documents are not clear on the matter, it appears  that perhaps as early as 1887, while still in Idaho ,William had applied for a government disability pension based on continuing ailments which he traced back to his days of Civil War soldiering.   On 3/18/87 he may have been granted such an award and provided with a $6 per month stipend.  However, in mid-1898, then residing in Fairhaven, William began correspondence with the U.S. Government Pension Office to either increase the amount of his monthly stipend or to initiate such a stipend. It is on this issue that existing documents are confusing.

In a July, ’98 letter to the pension office William purported that he “needed his claim settled” as he had a large family and (was physically) “broken up.”Furthermore, his wife’s health was failing.  In October of that year one of his daughters even wrote a letter to the pension office department head pleading for them to help her “papa” who had been sick for such a long time and couldn’t do much work anymore by giving him a pension (increase?). The daughter claimed that she and her brother had to do all the outside work when (they were) home and that their mother had to take in washing to support the family. In response to these pleas the pension office asked for more information. Thus began a series of medical evaluations that would last for years exploring such issues as whether William continued to suffer from gunshot wounds to the left thigh and one  shoulder,  rheumatism, disease of the eyes and kidneys, a lame back or any other debilities which traced back to his period of Civil War soldiering. Initially all these claims were rejected, but a document from 4/1/01 notes a $6 stipend for which an increase was being sought.  Whenever the pension payments began, at the time of William’s death he was receiving $12 per month.

1910. William, by then employed as a carpenter, had moved his family southward from Fairhaven to the rural community of Lowell outside Everett, WA. As with Fairhaven, Lowell then a separate entity, is now part of the City of Everett.  Making up the household at the time were William, Mary and children Homer, Dollie and Charley.

Former Civil War soldier William Flannery died in Everett, Washington on 12/31/10. Cause of death appears to have been pneumonia with cerebral thrombosis contributing. .  On 1/3/11 he was buried in that city’s Evergreen Cemetery.

After William’s passing Mary began filling out paperwork necessary for her to continue receiving at least a portion of his military pension. It was during this process that she had to correct the aforementioned marriage certificate notation of her birth family surname.  That the correction was made is evidenced by that fact that as of 7/4/30 she was receiving $40 from the government.

The 1920 census listed Mary "Flanery," age 61, a widow living in Lowell, WA. In 1930 she was still in Lowell, but when, on July 29, 1939 she died under the name Mary Flanery at Seattle in King County, Washington. Neither where, nor with whom, she was residing at the time is known.  She was buried at Evergreen Washelli in Seattle, King Co. by one of her children as the tombstone says “Mother”.