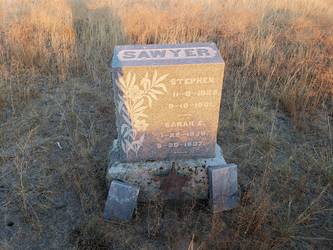 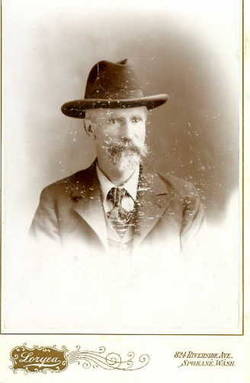 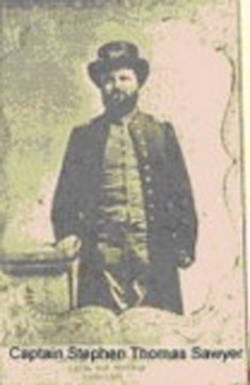 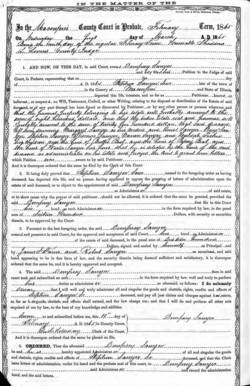 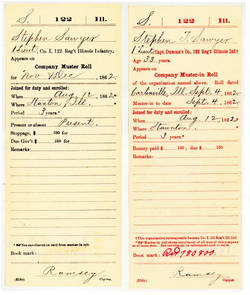 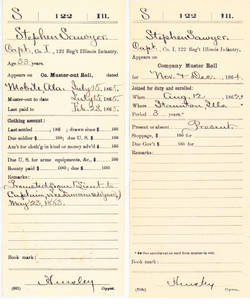 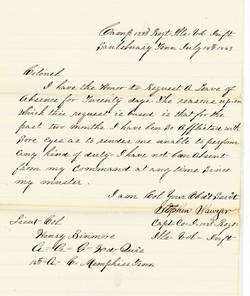 Stephen T Sawyer letter for Furlough due to disease July 1863 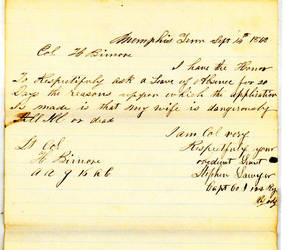 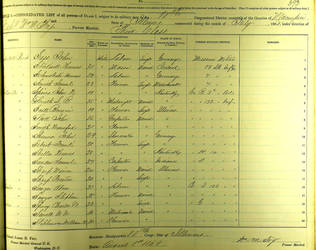 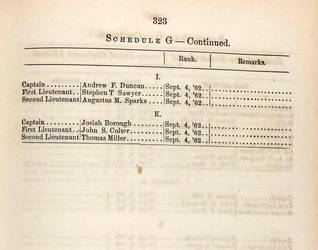 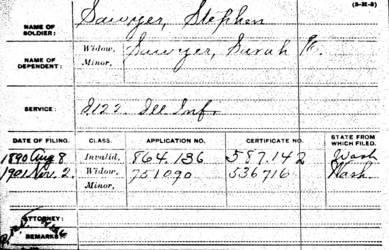 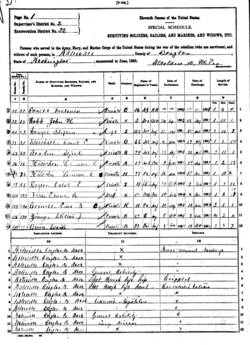 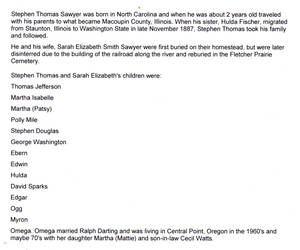 The 122nd, a three year western theater regiment, was mustered into U.S. service on 9/4/62. It remained in Illinois and was drilled until 10/8 when it was ordered to Columbus, KY. By December it was in Jackson, TN. There it had a skirmish with the enemy on the 19th before moving to Lexington, KY. From Lexington it returned to Tennessee.  On 12/30 the regiment had another skirmish with the Rebels. Then, the following day, it fought a battle with forces under the command of Confed. Gen. Nathanial Bedford Forrest. In this engagement the 122nd lost 23 killed, 58 wounded and 1 missing.

In April, 1863 the 122nd took part in an expedition to Town Creek, AL. There it was engaged with a Confederate force. Railroad guard duty followed until the end of October. During this period men of the 122nd were almost continuously engaged with Rebel cavalry forces threatening to harm the rail lines.

January, 1864 saw the 122nd move to Cairo, IL. While there some elements of the regiment travelled to Paducah, KY to help in the defense of Fort Anderson at that place.

The early months of 1865 found the 122nd active around Fort Blakely and Spanish Fort near Mobile, AL. The unit significantly aided in the capture of the latter place.

With the capture of Mobile the 122nd helped occupy that city. It remained there until final muster in mid-July.

On 6/8/53, in Staunton Macoupin Co., IL Martha gave birth to a son. The baby was christened - perhaps after Stephen's brother - Abner.

On 2/18/55 - likely in the home of her parents or another relative located in Dorchester Macoupin Co., IL - Martha gave birth to a baby girl. Martha died during the childbirth. The unnamed baby died on 2/25. Both were/are buried in the Staunton city cemetery.

Having lost his wife and infant daughter, but having a young son to care for, Stephen did not wait long to remarry. On 7/22/55 he wed Sarah Elizabeth "Ann" Smith (b. 1/28/38 Louisville, Jefferson Co. KY). In 1856 Sarah bore Stephen a son they named Thomas Jefferson.  In 1858 she bore him a daughter christened Martha but apparently nick named Mattie. On 2/2/60 a second daughter, Patsy, was born. On 2/6/60 Patsy died.

residing with a farmer named John - possibly a relative of hers - Smith and family.  There is no mention of Stephen in the household, so the whereabouts of he and son Abner are not known during this period. The next Sawyer child to come into this world would be daughter Polly born in October, 1861.

In April, 1861 civil war had enveloped America. However, it wasn't until August of 1862 that Stephen decided to fight for his county and enlisted in the U.S. Army. His unit of choice was Captain Duncan's company (later Co. "I") of the 122nd Illinois Infantry. On 9/4 he was commissioned into this organization with the rank of first lieutenant. At enlistment farmer Sawyer's vital statistics were as follows: 5'7" in height, brown hair, blue eyes and darkly complexioned.

Stephens military career proved to be positive. In March of 1863 he, upon the resignation of Captain Duncan, he became the acting commander of company "I". That rank was made official on 5/23/63 when he was promoted to captain.

On 6/21/63 a son, named Stephen Douglas Sawyer was born to the captain and his wife. Shortly thereafter, in Saulsbury, TN the assistant surgeon of the 122nd Illinois recommended Captain Sawyer be granted at least a 20 day leave. The surgeon claimed the captain had conjunctivitis or "sore eyes" which made him unfit for duty. Further, the doctor warned, If not checked by a change of climate, the condition could result in blindness. The outcome of this scenario is not documented.

On 9/4/63 in Memphis Tennessee Captain Sawyer again applied for leave on the grounds that his wife was gravely ill or, worse, deceased.  Available records are silent as to whether or not, our captain got to go home and see his new son, but it is obvious he did make it home because on 7/1/64 Ann gave birth to another son they named George Washington Sawyer.

The only other incident of note in available military files is the defense Captain Sawyer raised in favor of a private in his company who had allegedly deserted. Following along with an assistant surgeon’s report that the private, an otherwise excellent soldier, had not deserted, but absented himself from the military to recuperate from a serious case of measles the Captain recommended the man be allowed to return to duty without sanctions. The return to duty was subsequently allowed, but the private was docked his pay during the period of absence.

By 1885 Stephen and Ann had quitted Illinois and moved westward to Washington then still a territory. Their place of residence was in or near the community of Midland located in the north central Washington county of Douglas. If the structuring of the census data is to be believed, they were living in the home of adult son, George, along with two of their other sons - Douglas and David - as well as youngest daughter Omega.  What had prompted the move and exactly when it had been made is not known.

in 1900, Stephen, Ann and daughter Omega were in a home located in the rural Douglas County community of River Precinct. Stephen, at that time, noted that - at age 70 - he was retired.

Stephen Thomas Sawyer died 9/16/01 in Chelan Falls, Chelan Co., WA. Chelan falls is a rural area along west bank of the Columbia River where the Chelan River joins the Columbia after flowing from Lake Chelan. It is located across the Columbia from Douglas County.  Burial was in the Fletcher's Prairie Cemetery located - likely near George's home - in Douglas County.