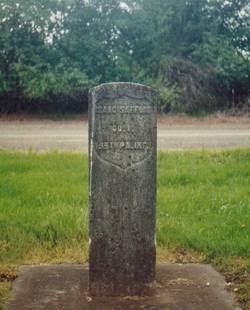 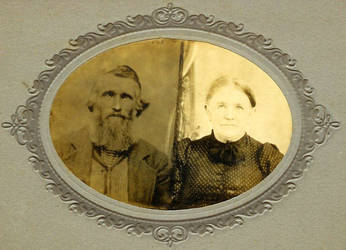 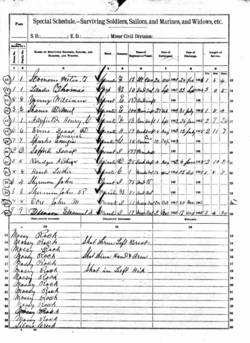 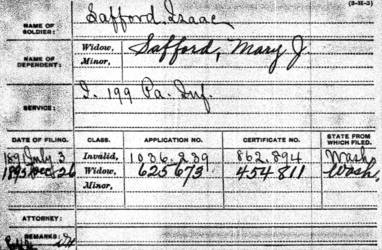 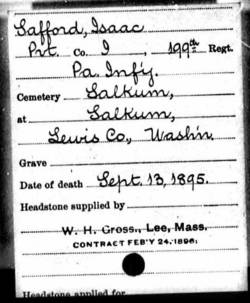 In May, 1864 Union General U.S. Grant moved his armies southward into Virginia for the Overland Campaign which, a year later, would bring an end to four years of bloody civil war. When fielding his armies "experienced" troops were pulled from rear echelon positions and placed in the field. To fill the void created by these troop movements many short term regiments were created. The 199th was one such unit. However, unlike most short service regiments, the 199th was placed in the front lines of combat.

In October, 1864 the 199th joined the Army of The James at Deep Bottom, VA. Its position was on the extreme Union right along the New Market Road. There it created extensive breatworks before going into winter quarters. During the winter it performed fatigue duties while also being thoroughly drilled and disciplined.

On 4/2/65 the 199th participated in the final assault on the Petersburg field works. During the attack it lost 18 killed and 91 wounded.

After the fall of Petersburg the regiment followed in pursuit of the retreating Rebels to Burkesville and thence to Appomattox Court House. During this period it lost 2 killed and 1 wounded during a skirmish at Rice's Station as well as 2 killed and 8 wounded at Appomattox.

Following the surrender of Confederate R.E. Lee's Army of Northern Virginia on 4/9/65 the 199th moved to Richmond where it was mustered out on 6/28/65.

NOTE: The biographical profile which follows was written "By Request." As a result it does not draw upon veteran - related military, pension and other files housed in the National Archives located in Washington, D.C. and does not feature the depth and detail found in other, more recent, admissions to this website.

According to family sources Isaac's father was George Safford (b.1799 PA). His mother was Mary Ann "Polly” (nee Swartz or Spaugler b. 1804 PA) Safford.

George Safford reportedly died when Isaac was but an infant. Polly then remarried to one John "George" Silvius/Silfee who had sons William, Benjamin and John.  Isaac reportedly using his step father's surname until circa 1850 when he began using Safford.

From 1846 to 1850 as Isaac Silfee, Isaac was a charter member of the Covington, Pennsylvania Fencibles. The Fencibles were a citizen home guard militia organization.

On September 27, 1851 Isaac married Mary J. Edwards (b. July 15, 1831 PA). The union would reportedly produce four boys and three girls although there is some question as to the parentage of first son, Samuel W. (b. 1850 PA). Family sources indicate Isaac was his father, but have doubts about whether Mary was his mother although she raised the child as her own from under two years of age. Other Safford children were: William "Henry" (b. 1852 PA), John (b. 1855 PA), George S. (b. 1857 PA), Mary Elizabeth (b. 1860 PA), Sarah Eliza (b. 1869 PA) and Anna H. Where Anna fits into the chronology is not known. At a young age she was apparently killed in Wayne County, PA by a falling tree.

In 1860 the Safford’s were residing in Salem Wayne County, PA. At that time Isaac listed his occupation as "laborer."

On September 15, 1864 five foot, three inch, dark haired, grey eyed, darkly complexioned Isaac Safford enlisted in the U.S. Army. In spite of his regiment being combat active Private Safford's time with the 199th appears to have been fairly benign. His regimental assignment may have been in the quartermaster's office of Company "I".

Private Safford was honorably discharged and mustered out of the army in mid- 1865. He then returned to civilian life. However, as with many Civil War veterans, where he and his family were living when and after he returned home from the war is not known. Likely, however, it was somewhere in Pennsylvania as that was where all of the post-war Safford children were born.

While U.S. Census data in not available on the Safford’s for a number of decades, according to Isaac's 1895 obituary, it appears they may have resided in Pennsylvania until 1877 when they removed to Table Rock, Nebraska. Then, after two years - in 1879 - they quitted Nebraska for Graham County, Kansas. In Kansas they took up farming in or near a community called Gettysburg.

The Safford family remained in Kansas for nine years before moving to Washington Territory/State. Why and exactly when the move was made is not documented.  In 1890 the Safford’s were residents of (Ferry) Lewis County, WA.

At his passing Isaac was receiving a $6 per month U.S. Government disability stipend based on ailments or illness which he likely traced back to his days of Civil War soldiering. While pertinent documents are not available Mary probably continued to receive at least a portion of this stipend after her husband's death.

Widowed, in 1900 Mary was noted by the U.S.  Census as farming in Ferry Lewis County, WA. Interestingly, none of her children -or any other persons - are mentioned as part of her household.