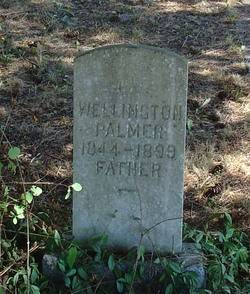 The 29th, a three year regiment served in both the eastern and western war theaters. It was organized from 8/14/61 to 3/13/62 at Camp Giddings Jefferson, OH. It remained in camp until 1/17/62 when it was ordered to Cumberland, MD. It participated with the Army Of The Potomac in the Virginia battles of Winchester, Port Republic, Cedar Mountain and Chancellorsville as well as Gettysburg, PA.

During the spring of 1864 the 29th joined Union Gen. William T. Sherman in the campaign to capture Atlanta, GA.

After the fall of Atlanta the unit followed Sherman to the sea then northward through the Carolinas.

It then participated in the Grand Review in Washington, D.C. before being sent home for final muster and discharge.

During the American Civil War cavalry and infantry regiments generally remained together and fought as cohesive units. Such was not the case with artillery regiments. Once organized an artillery regiment seldom, if ever, came together in its entirety. Instead, individual companies - batteries comprised of between four and six cannon - were assigned where ever needed. As such, herein we are focusing on Company "M" of the 2nd.

The 2nd Ohio Heavy Artillery - the "heavy" designation primarily referred to larger cannon used as defensive pieces within constructed fortifications - was a three year western theater organization. It was organized between June and September, 1863.

After its creation battery/company "M" moved from Ohio to Fort Willich located in Munfordville, KY.

In January, 1864 it was transferred to Fort Taylor Key West, FL, Camp Nelson Jessamine County, KY where it remained until May. . From there it moved to Camp Sedgewick in Cleveland, TN. From this locale it participated in various operations.

In February, 1865 Company “M” was stationed in ATHENA, TN. The company/battery and the second were mustered out of existence on 8/23/65

G. Wellington Palmer was born on 11/26/45 in Washington Co., NY. His parents were William (no b. d.) and Jane (no nee no b. d. NY) Palmer. No information is available pertaining to possible siblings. Although it is not documented, likely the Palmers were a farming family.

Beyond birth information, the first documentation we have on Wellington comes from his August, 1861 enlistment in the U.S. Army.  His unit was Captain Hayes' company of the 29thOhio Infantry. This organization subsequently became Co. "C" of the 29th.

At enlistment we learn that Wellington was only 15 + year old – either someone in his family signed for him to enlist or he lied  about his age - , was 5'8 3/4" tall, had a medium complexion, light brown hair and blue eyes. By occupation he was a farmer.  For enlisting he was to receive a $100 bonus or "bounty."

It appears that almost from the moment of Federal muster Private Palmer was beset by medical issues which immediately debilitated him. It seems he quickly contacted measles with a degree of seriousness which resulted in his being furloughed home from the Camp Chas, Ohio post hospital. Even with the dawning of 1863 when his regiment departed for the front, he was left behind sick in Cumberland, MD.

When our private did rejoin his regiment on May 1st as it was on the march retreating  from Fredericksburg, VA to Strasburg, VA, his body gave out leading to further hospitalization first in Virginia and then, in Maryland. It was in Williamsport, MD on 5/28/62 that he was found to have been unfit for the duties of a soldier for over sixty days because of "corditis" (inflammation of the spermatic cord) and granted a disability discharge.

We next hear from Wellington on 8/31/63 when he re-entered the army. On this occasion he was an artilleryman. His unit of service on this occasion was Captain Crowell’s company of the 2nd Ohio Heavy Artillery. This group subsequently became company "M" of the 2nd.  It appears a bonus or bounty of $400 was associated with this enlistment.

On 9/9/63 Private Palmer was upped in rank to corporal. In 1864 the new rank would find him on daily patrol/back guard duty. Perhaps this degree of responsibility didn't sit well with him because - on 11/3/64 - he was reduced in rank to private. The demotion, however, did not seem to affect his being assigned to recruiting duty for the Tennessee mounted infantry the following month.

1865 did not see military life becoming any easier for Private Palmer as in March/April of that year he was noted as being away from his unit imprisoned in Knoxville, TN. No documental reason has been found to explain the imprisonment.

July 1st saw our private being admitted to the Brownlow U.S. Army general hospital in Knoxville. Documentation is not clear regarding the admission diagnosis, but it may have been heart related.

On 7/17/65 Private Palmer deserted from his hospital ward. On July 30/31 he was reportedly readmitted to the hospital after apparently providing a satisfactory explanation for his absence. Admission reason on this occasion was chronic diarrhea. Shortly thereafter Private Palmer settled financial accounts with Uncle Sam and said goodbye to the army for the final time.

As is the story with many Civil War veterans, where Wellington settled after leaving the service is not known. Although Tennessee is hinted at, there is no documented proof of his living in that state.

The next documented sighting of Wellington comes from 9/30/69 when, in Ashtabula Co., OH he married Lucy A. Perkins (b. 1849 OH). The couple initially set up their household in Plymouth Ashtabula Co., OH. That is where the U.S. Census for 1870 found the two with Wellington noting his occupation as "laborer." In Ashtabula County they would also reside in at least one other location.

As evidenced by the birth states of the Palmer children, at some point in time between August, 1874 and December, 1877 they had departed Ohio in favor of Michigan. What prompted the move is not known.

Wellington, then, on 11/27/87 in Wexford Co. MI, married for a third time. On this occasion his bride was the previously wed (Yes she brought one child with her!) Lillian "Lillie" Stratton (nee [La] Fountain b. 1865 Canada). She brought one child identified only as E. into the marriage.  Wellington and Lillie would produce one child of their own:  Raymond Lawrence (b. 11/5/88 Manton Wexford Co., MI).

By 5/28/90 Wellington had moved - with wife Lillie and six children - to Snohomish Co., WA. There they filed a pre-emptive claim on a 136.20 acre homestead tract near present day Machias. Cost of the land was $1.25 per acre. The following year one acre was cleared and cultivated.

Over the following two years five additional acres were cleared and cultivated. Further, an additional ten were slashed and burned. The Palmers received the patent (deed) to the property on 8/18/97.

In October of 1895 Lillie, for undisclosed reasons, had been hospitalized. How long she remained hospitalized is not documented, but on 1/16/98 she died. Burial was/is in the Machias Cemetery.

On 10/24/98 in Everett, WA Wellington married for a fourth, and final, time. The last Mrs. Wellington Palmer was the previously wed Margret/Margaret "Maggie" (nee Daugherty/Dougherty b. 11/26/45 Antrim, Ireland or York Center Livingston Co., NY).  Maggie had adult children by her first husband, but she and Wellington produced none of their own.

On 12/24/99 Wellington Palmer died in his Hartford/Machias area home. The cause of his death was heart failure. He apparently went to bed that Christmas Eve and never woke up. Burial was/is in the Machias Cemetery.

As with most honorably discharged ACW soldiers, sailors and marines, later in life they applied for and were granted U.S. Government disability pension stipends based either upon ailments or illnesses which they traced back to their days of military serviced or, later, age and just having served. In Wellington's case as early as 11/20/76 he had applied for such a stipend based on the corditis heart disease he had contracted in early 1862. On 3/6/79 these actions resulted in his being granted a $4 per month stipend retroactive to 5/29/62 but deducting time for his second enlistment period. On 3/7/77 the stipend was upped to $8 per month. At the time of his death the payment was $10 per month

Moving to 9/13/00, on that date one F.M. Gregory a notary public from Granite Falls, Snohomish Co., WA  acting as an advisor to the estate of Willington Palmer filed a document called a Declaration for Pension of Children under Sixteen Years of Age. According to the document two of Wellington's previous wives were dead and the third was remarried. As such, there was no legal guardian available to obtain pension monies for Wellington’s two under age children - Frank and Raymond. Mr. Gregory, however apparently did not know much about the Palmer family as he got the mothers of both boys mixed up. The outcome - if any - of this action is not known.

Now, jump ahead to 2/17/17. On that date  Mrs. Margret/Margaret "Maggie" Palmer of Index, Snohomish Co., WA inquired to the U.S. pension department as to how she could begin obtaining a least a portion of her late husband "Captain"- a nickname given to him by friends -  Wellington Palmer's Civil War disability pension. Alarm bells immediately went off in the pension office. Who was this woman? She couldn't be legit...............It turns out she was legit, but why hadn't anybody known about her for seventeen years? We'll likely never know the answer to that question.

According to Mrs. Palmer's telling, she and Wellington had lived next to one another in Snohomish Co. for a number of years. She had been previously married to one John Brown who had died in 1895.  On 10/24/98 after Lillie Palmer's death the two had been married by a justice of the peace in Everett, Snohomish Co., WA. She knew very little about Wellington's former spouses and, although the government questioned her marital legitimacy, she produced a verifiable license of marriage. She claimed to have never previously sought part of Wellington's pension, but was now over 70 years of age and feeble, so needed the money. Although she was legitimately Mrs. G. Wellington Palmer it is doubtful Maggie ever received any pension funds.

Maggie Palmer died on 11/26/18. She was/is buried in the Machias Cemetery under the name of Margaret Dougherty Brown.