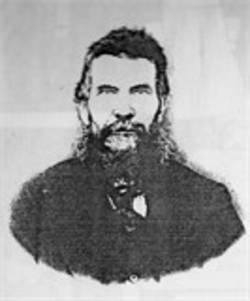 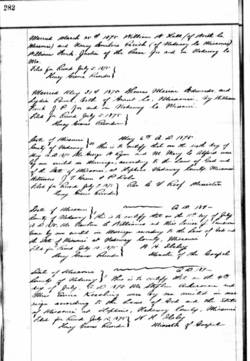 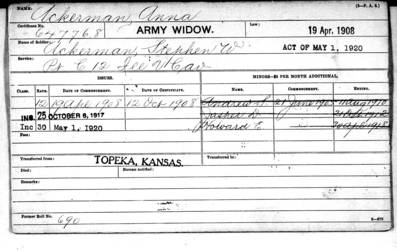 The 12th was a three year cavalry regiment that served in both the western and eastern theaters of War. Following Federal muster on 2/24/62 it remained in Illinois guarding Confederate prisoners until mid-year.

Mounted at the end of June, 1862 the regiment moved into Virginia, but did not face conflict with the enemy until September. That was when a scouting party met up with some Confederate cavalry. Although outnumbered, the men of the 12th routed the Rebels and drove them back several miles killing, wounding and capturing a number of the gray riders.

In November the 12th marched toward Fredericksburg, VA. At Dumfries 12/27-29/1862 regimental outpost pickets were surprised. About 50 men of the unit and another regiment were captured. A vigorous fight ensued which continued all day and resulted in the enemy being repulsed with severe losses.

May, 1863. At Tunstall's Station the regiment retired two killed and several wounded. Next, while in route to Gloucester Point it captured 15 Rebels, a quantity of saddles, a train of 18 wagons, 75 horses and 100 mules. The regiment was next present at the battle of Falling Waters (1863), the Rapidan and Stevensburg. On 11/20/63 it was relieved of duty with the Army of The Potomac and ordered home to reorganize as veterans.

Returning to the field in 1864, the 12th participated in a number of engagements as the Federals retreated down the Red River in Louisiana. During this period the 12th lost many men. In the early part of November an expedition to Liberty, MS resulted in the capture of Rebel prisoners, cannon and small arms.

During the remainder of its career the 12th was engaged in guard and escort duty. It was mustered out on 5/29/66 and discharged the following month.

NOTE: The birth - to - death biographical profile which follows was created in July, 2020 during the Covid 19 medical pandemic. As a result it does not contain the depth of detail found in many of the biographies within this site. The reason for that is because military, pension and other veteran-related files housed in Washington, D.C.'s National Archives were not available. In the future those files will be obtained and the information contained therein added to the narrative.

Stephen William Ackerman was born circa 1838. No specific birth month or date has been found in available documentation. His place of birth was New York State.

In 1860 Stephen was employed as a farm laborer in Milton DuPage Co., IL.

The first glimpse we gain of Stephen Ackerman comes from Christmas Eve, 1861 when he enlisted in the U.S. Army. We find he was 5'9" tall, had dark hair, gray eyes and a light complexion. Interestingly, the enlistment form also indicated that he was married.

Without access to his military service records all we know about Private Ackerman's period of military tenure is that he survived his first period of enrollment and, on 2/28/64, re-enlisted as a veteran volunteer. He returned to civilian life on 3/2/65.

As was the case with many American Civil War veterans, exactly where Stephen returned to civilian life after his separation from the service is not known. There is no U.S. Census data for him in 1870.

As exemplified by the birth states of the Ackerman children, carpenter Stephen and Anna moved around a great deal during their rather lengthy period of child bearing/rearing. It appears that after marriage the couple settled in Iowa. From there, by 1880 they had moved to Decatur Grant Co., KS. Five years later they were still in Kansas, but by then residing in the Smith County community of Blaine. In 1888 they were in Colorado and, by 1892 Buffalo Johnson Co., WY.

1900 a new century. A new decade. A new census. By that watershed year the Ackermans were still in Buffalo Johnson Co., WY. At some point in time, however after 1900 and before 1905 the family travelled to San Diego, CA.

Stephen W. Ackerman died in Fremont King Co., WA on 5/20/05. (Fremont is now a neighborhood in north Seattle. He was 67 years of age. Burial was/is in the Seattle Grand Army Of The Republic (G.A.R.) Cemetery located near the north end of that city's Capitol Hill.

At some point in time after Stephen's passing Anna quitted Seattle and resettled in Colorado Springs El Paso Co., CO. It was there the U.S. Census of 1910 found her along with sons Andrew, Jasper and Howard. She would live out her years in that community.

Anna Ackerman died in 1936. No specific date is available. She was/is buried in Colorado Springs' Evergreen Cemetery. So ends the saga of a another Civil War family.