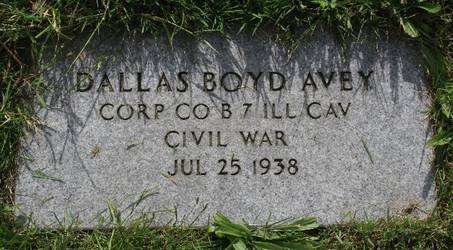 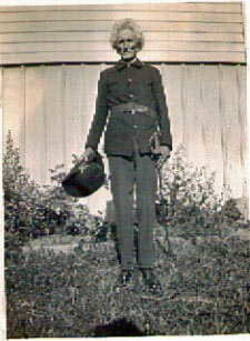 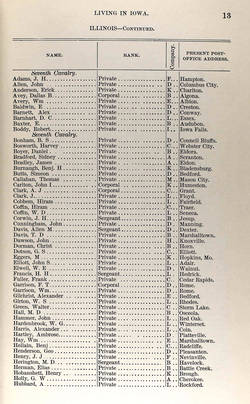 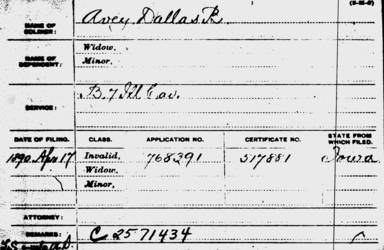 A three year western theater regiment, the 7th was organized at Camp Butler in Springfield, IL. It was mustered into Federal service on 10/13/61, but all companies were not united until December 25th.

The first real engagement to for 7th was (9/19/62) at Iuka, MS. It also fought at Corinth (10/3 - 4/62). At the latter place it lost 40 officers and men killed, wounded and missing. Before the year's end seven companies fought at Richardson, near Summerville, capturing 70 men and two stands of colors. During that December about half of the regiment marched over 900 miles being in contact with the enemy to a greater or lesser extent every day.

In December, 1863 the regiment fought the entire force of Confed. Gen. Nathan Bedford Forrest. Without support the 7th was bested. It ended the combat year a few days later at Moscow, TN.

In March, 1864 enough of the organization's officers and men enlisted to ensure the 7th veteran status. Thirty day furloughs followed in April.

When the Rebel Forrest's command made a raid on Memphis, TN the 7th fought him gallantly losing several men killed, wounded or missing. During the first day of fighting at Nashville (12/15 - 16/64) the regiment lost 13 killed or wounded. The following day its losses were 26.

1865. After the surrender of the Confederate armies the 7th remained on guard duty in the south. The greater part of that time was at Decatur, AL.

A march to Nashville, TN preceded final muster. The 7th then returned to Springfield for its final pay and discharge.

All through the US Census he declares he was born in VA. His family in 1850 census was located in District 9, Berkley Co. VA living with an older sister Eliza Graves. Mother Mary Ann had died in 1849.

Although this is not 100% a certainty, it appears that during the 1820s and the 1830s Washington Co., MD was home to the Aveys. During the '20 U.S. Census their address was District #3. In 1830 it was District #1. It is not known if the district changes were due to an actual family move or merely changing political boundaries.

Between 1839 and 1840 Christian moved his family from Maryland to Virginia. Exactly when and why the move was made is not documented. Still, in 1849 when Mary Ann was born she was birthed in Hagerstown, MD. Was Mrs. Avey having a difficult pregnancy, so travelled there to give birth in the home of family or friends?  We will likely never know the answer to that question. She died that same year, perhaps from complications with childbirth. (Likely died in MD rather than WV).

In 1850, with his wife gone, Christian and children Ferdinand, Lydia, Dallas and Mary were residing on the Beverly Co., VA farm of married daughter Eliza. After 1850, beyond the fact that Christian was back in Washington Co., MD when he died in 1860, even family descendants are not certain where the Aveys lived during those ten years.

By 1864 Dallas was residing in Polo, Illinois. How he had ended up there and when is not known. That, however, was where he was residing when he enlisted in the 7th Illinois Cavalry. (Brother already in same unit?) He would serve his country from that date until the end of America's civil strife and a bit beyond.

Without access to Private Avey's military service records we know little about his period of enlistment. He did, however, adjust well to army life as he rose from the rank of private to that of corporal. We also know that survived The War and returned to civilian life.

Where Dallas settled after exiting the military is not known. No U.S. Further, no census data has been found pertaining to him during the 1870 tally.

As of 1/1/74, though, we know he was in Steamboat Rock Hardin Co., IA. That was when and where he married Harriet Bertha Clark (b. 6/3/58 Racine, Racine Co., WI). After marriage they settled in Steamboat Rock.

As noted by the birth places of the Avery children, The Averys remained in Iowa for many years, first in Steamboat Rock and, later, Algona. In the latter location during the 1880 census Dallas noted his occupation being "works in harness shop."

What prompted the Aveys to quit Iowa move to the Pacific Northwest is not known. By 1900, that is exactly what they had done as with the dawning of the new century Dallas, Harriet, Jessie and Arlington were residing in the Ballard area of Seattle King County, WA. Dallas was still employed as a harness maker.

1910. A new decade. A new census. Dallas, Harriett and adult children Winfred and Ralph were then residing south of Seattle in the King County community of Meeker - present day Kent. In 1910 and 1920 Dallas would characterize his occupation as "solicitor on the road" and "solicitor". By 1930 he was retired.

Dallas Boyd Avey while living at Route #3 Kent, King Co., WA died on 7/25/38. At his passing he was 93 yrs. 8 mos. 1 day old. The cause of death was Acute Myocarditis with Bronchitis. He was/is buried in the Seattle Grand Army Of The Republic (G.A.R.) Cemetery.

Harriet Bertha nee Clark Avey died just a few days after her husband on 7/31/1938 and is buried beside him at Seattle GAR Cemetery.